The University of Maine Farmington is proud to announce its Board of Visitors for 2019-2020. A distinguished body of community and regional leaders, the UMF Board of Visitors advises the president on a wide range of issues regarding the University’s role and mission and its relationship to the people of Maine.

Members of this select group also serve as public advocates for UMF, assisting the University by promoting understanding and support with the System Board of Trustees, the state legislature, state agencies, businesses, school systems, social services providers, the media and the general public. Candidates are confirmed by the University of Maine System Board of Trustees for 3-year terms.

“We are so appreciative to our Board of Visitors members for their service,” said Edward Serna, UMF president. “Their dedicated leadership and commitment to UMF help promote the values of Maine’s public Liberal Arts University and its mission to serve the interests and higher education needs of its citizens.” 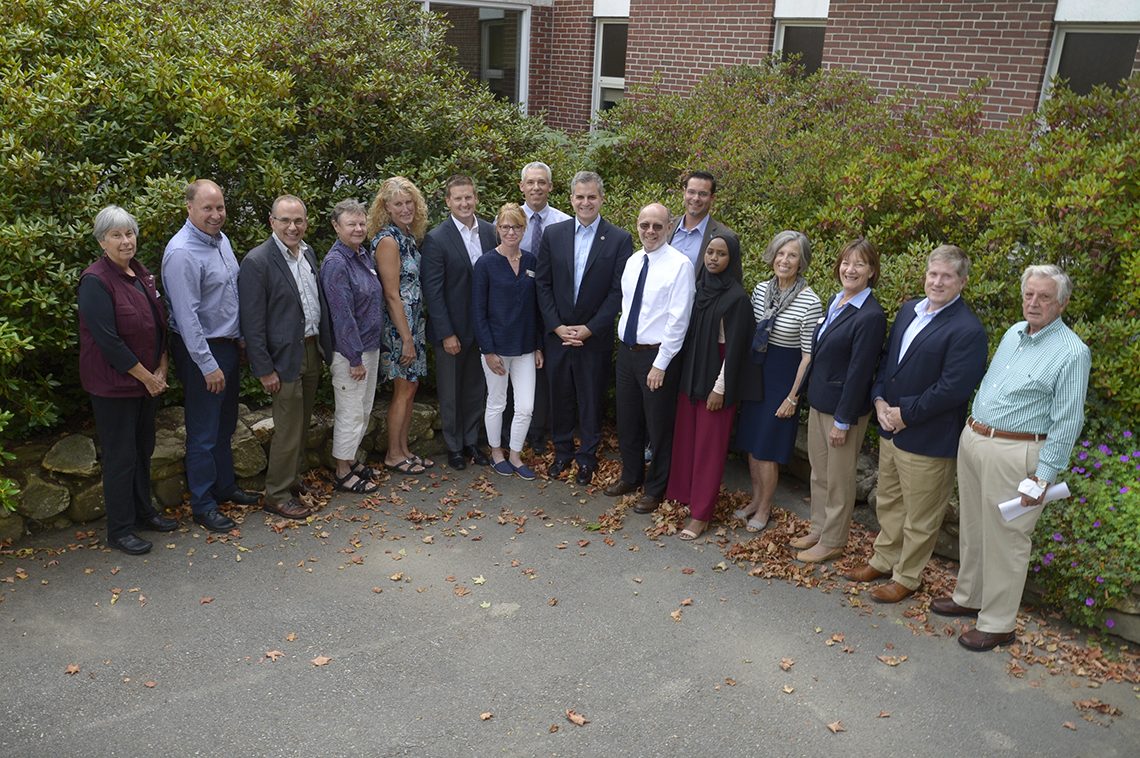 New to the board this year is Miriam Leonard, chief operating officer of Franklin Community Health Network, and Jonathan
Moody ’98, assistant superintendent for Maine School Administrative District 54 in Skowhegan.

Leonard has worked as a health care leader over a career spanning more than 20 years. Previously, she was at Maine Medical Center, the state’s largest hospital. Starting in 1993, she assumed executive positions of increasing responsibility at Maine Med.

She was named vice president of operations there in 2001 and worked for a year in 2012 as vice president of special projects before joining MaineHealth at the system level in 2013. Leonard holds a master’s degree in hospital and health administration from Xavier University in Ohio and a Bachelor of Science degree in pharmacy from the University of Georgia.

In 2016, he accepted the position of assistant superintendent of schools for MSAD54 in Skowhegan, where he currently serves. Moody was inducted into the UMF Athletics Hall of Fame in 2016 for being golf’s all-time wins leader. He lives in Oakland with his wife Shelly, also a UMF graduate and 2011 Maine Teacher of the Year, and their three children.

Other members of the UMF Board of Visitors include: