FARMINGTON, ME  (June 10, 2020)—The University of Maine at Farmington is proud to congratulate Kristen Case, associate professor of English, and Linda Britt, professor of Spanish, who were recently honored as winners of this year’s Maine Literary Awards by the Maine Writers & Publishers Alliance.

“We couldn’t be prouder of Kristen and Linda and all of our faculty for their exceptional accomplishments,” said Edward Serna, UMF president. “In addition to the positive difference they make in the lives of their students, they also contribute a wealth of creative vision to the fabric of Maine.” 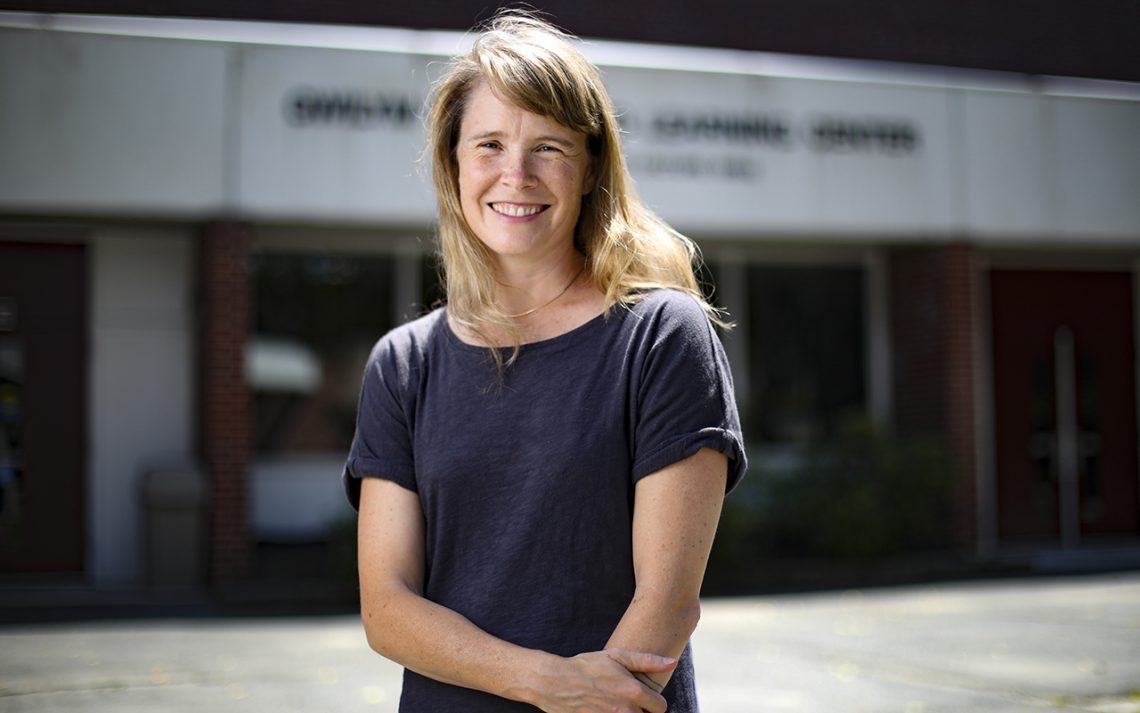 Case won the Book Award for Poetry for, “Principles of Economics,” a collection of poems that explores grief in the wake of the deaths of her father and her former partner. The book is a series of interconnected elegies which engage other texts, including “The Iliad,” Chopin’s “Ballades,” Shakespeare’s sonnet 15, Milton’s “Paradise Lost,” and her father’s textbook, also titled “Principles of Economics.”

“This book is very close to my heart, and I am touched and honored with this award,” said Case.

Case teaches American literature, environmental writing, and the intersection of 20th- and 21st-century American literature and philosophy at UMF. She has published widely on American poetry. Her first poetry collection, “Little Arias” won the Maine Literary Award for Poetry in 2015. In addition to her many writings, she directs “Thoreau’s Kalendar: A Digital Archive of the Phenological Manuscripts of Henry David Thoreau,” and UMF’s New Commons Project, a public humanities initiative in partnership with the Maine Humanities Council made possible by a grant from the Andrew W. Mellon Foundation.

Britt, professor of Spanish and longtime UMF faculty member, won the Drama Award for, “I Smile, Of Course, And Go On Drinking Tea.” The drama is a full-length, six-character play that focuses on the marriage of the poet T.S. Eliot to Vivienne Haigh-Wood, and counts Virginia Woolf and Bertrand Russell among its characters. Lines from Eliot’s poems and Woolf’s fiction are interwoven into character dialogue throughout the play. 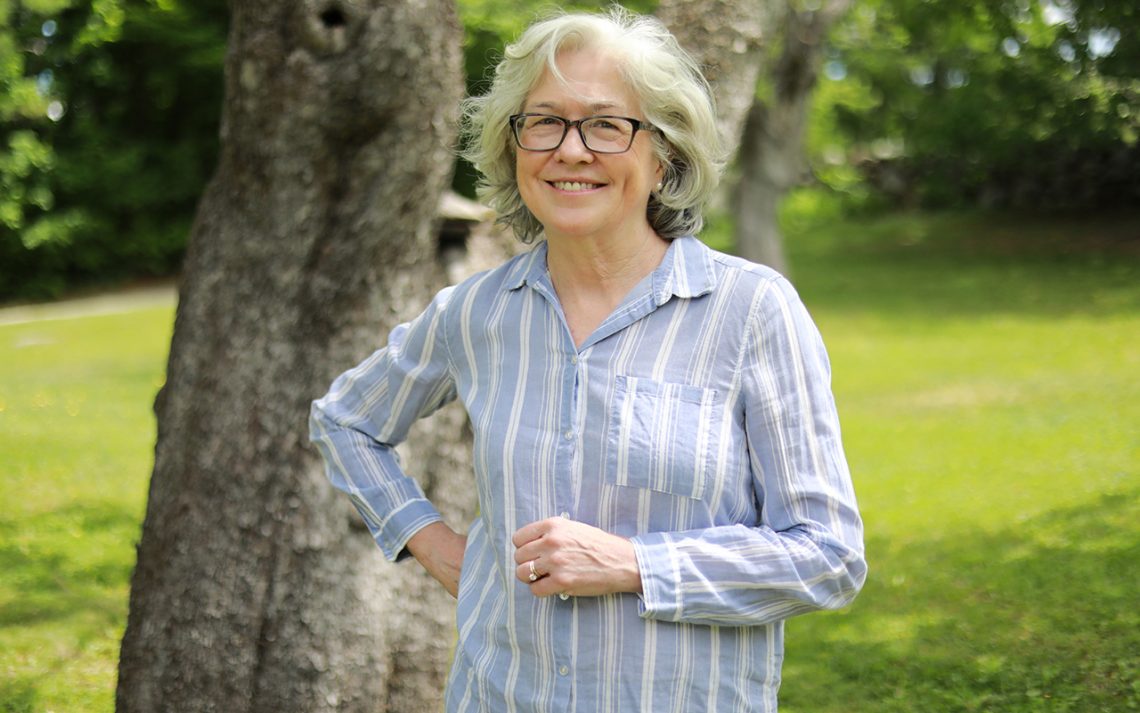 Linda Britt, UMF professor of Spanish, won the Maine Literary Drama Award for, “I Smile, Of Course, And Go On Drinking Tea.”

“The awards announcement was made at a virtual ceremony, and I was stunned, not only to hear my name called, but also to be recognized on the same roster as Kristen’s amazing work,” said Britt.

Britt teaches Spanish language, literature and culture at UMF where she has been a faculty member for over 30 years. She is also a playwright, with five full-length plays, most recently “American Dreams: Immigration Stories,” which has been performed in multiple venues, and, “I Smile, Of Course, And Go On Drinking Tea.”  Her plays have been produced in California, New York, and Washington, and in several venues around Maine. She is also a two-time Moss Hart award-winning director with Out of the Box Theater Company.

The Maine Literary Awards is an annual competition open to all seasonal and full-time Maine residents. The statewide competition is for published books, drama, short works (published or unpublished) and student writing. Authors may self-nominate or can be nominated by others.