McDonnell, who serves on the faculty of the University of Southern Maine’s Muskie School and previously served as USM provost and a dean, is charged with continuing strategic plan implementation and fiscal stability during a two-year transitional leadership term; a national search for a new president will occur next year 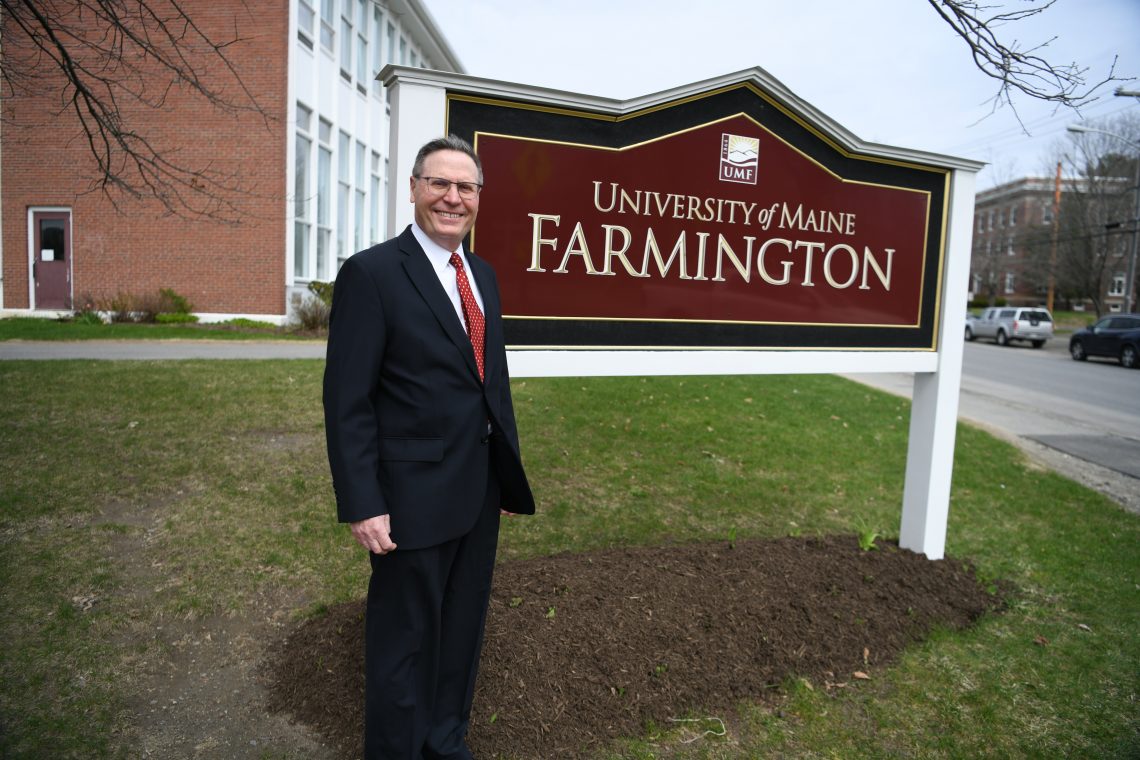 McDonnell currently is a professor of policy, planning and management in the Muskie School of Public Service at the University of Southern Maine, where he previously served as dean of the College of Management and Human Services, and later as USM provost. Before his service at USM, McDonnell was interim dean of the School of Business and research professor at Stony Brook University in New York. He has also held senior leadership positions in the private sector.

In late February, UMF’s current president, Edward Serna, announced he would leave Farmington at the end of this June to become president at his alma mater, Winthrop University in South Carolina.

At the time, Chancellor Malloy committed to appointing an interim UMF president who would continue the implementation of its recently developed strategic plan while an open national search for an ongoing president was conducted.

Nationally recognized for its high-quality programs in key areas of state workforce need, like early childhood and teacher education, human services, and business and outdoor recreation, the oldest campus in the System has seen its enrollment fall more than 25% over the last 10 years, increasingly challenging its finances.

McDonnell was chosen by the Chancellor following conversations with university and community leaders, and the collaborative development of a charge for the interim president.

He brings to Farmington higher education executive leadership experience and a track record of creating innovative academic programming through partnership that meets student and employer needs, including in areas aligned with UMF’s strengths. At USM, for example, McDonnell initiated a doctoral degree in education leadership as a joint venture between the Muskie and Education schools, as well as a growing program in Tourism and Hospitality.

“With committed faculty and staff, strong undergraduate and graduate programs in essential fields like educator preparation, and an enviable location in the beautiful western Maine foothills, UMF is a tremendous asset that is vital to the future of our System and the state,” said Chancellor Malloy. “I want to thank President Serna and his team for developing a thoughtful strategic plan that provides focus as we move UMF forward together during this time of challenge and change. The UMS Board of Trustees and I have full confidence in Dr. McDonnell’s ability to fully leverage the possibilities presented by the campus plan and our System’s unified accreditation to position UMF, its highly engaged students and its next president for success.”

“I look forward to working with faculty, staff and students to help the UMF community implement the university’s strategic plan. It’s an opportunity to flesh out the plan and imaginatively build on UMF’s reputation in education and the liberal arts,” said McDonnell on the occasion of his appointment.

McDonnell’s key priorities as interim president will be improving student recruitment and retention, pursuing collaborative academic and community partnerships, promoting inclusivity and transparency, producing balanced budgets, and leading the faculty’s ongoing work to transition from a four-credit hour operating model to the three-credit one used by all other UMS universities and most higher education institutions.

At Tuesday’s announcement, Chancellor Malloy also thanked the Legislature and Governor Janet Mills for the investments made in UMS by the recently passed state budget, which will allow Maine’s public universities to hold tuition flat in 2022–23 and support infrastructure improvements across the System, including $7.5 million in capital projects planned for UMF, where 70% of campus facilities have not been renovated in 50 years or more.

Accepted for Fall 2022? Now's the time to Say Yes to UMF!
See Details