“Sam did a tremendous job for us at Bates. His passion for the game and commitment to the development of our student-athletes, not just as basketball players but as young men, was an integral part of our success this year. Sam has great energy and positively influences all people he works with. While he will be greatly missed, I couldn’t be happier for him to start his own program.  He’ll be a great addition to the UMF athletics department,” said Jon Furbush, head men’s basketball coach at Bates.

Prior to Bates, Leal served as a graduate assistant men’s basketball coach at Springfield College while earning his master’s degree in sport and exercise psychology. Basketball fans know Springfield as “the birthplace of basketball.” In Leal’s first year, Springfield went 12-2 in conference play, setting a NEWMAC record before advancing to the NCAA DIII National Semifinals. Coach Leal took the lead in developing the mindset for a winning culture with the team and staff, which served the team well as they advanced deeper in tournament play.

“I am elated for Coach Leal, and congratulate UMF for hiring him. Sam has a great pedigree, is excellent at working with young people, and is adept at recruiting talented players and good people. He is, most of all, a student of the game, and an outstanding teacher. Sam will be a great young head coach and an asset to the coaching profession,” said storied coach Charlie Brock of Springfield College.

As a member of the University of Maine at Farmington men’s basketball team, Leal was a two-year captain, and helped lead his team to a regular season championship during the 2012-2013 campaign as the squad racked up 21 wins.  As a senior in 2013-2014, Leal guided UMF to the North Atlantic Conference championship game. 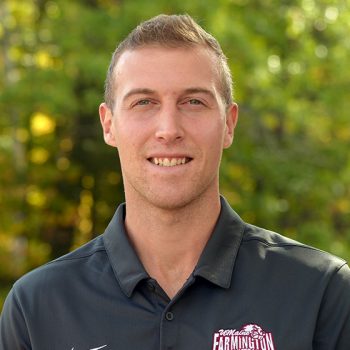