A Family Finds It All at Farmington

Kelly Chase Poulin ’93 reflects on what it’s like to have her two sons attend her alma mater, join the field of special education, and save thousands on college tuition with UMF’s Farmington is Family Scholarship.

If you’re a UMF graduate living outside Maine and you have children or grandchildren bound for college, this story could well be worth your time.

It’s a story about how one family found in UMF all the values and opportunities it was looking for in a college — and how the Farmington is Family Scholarship helped make those college educations vastly more affordable. 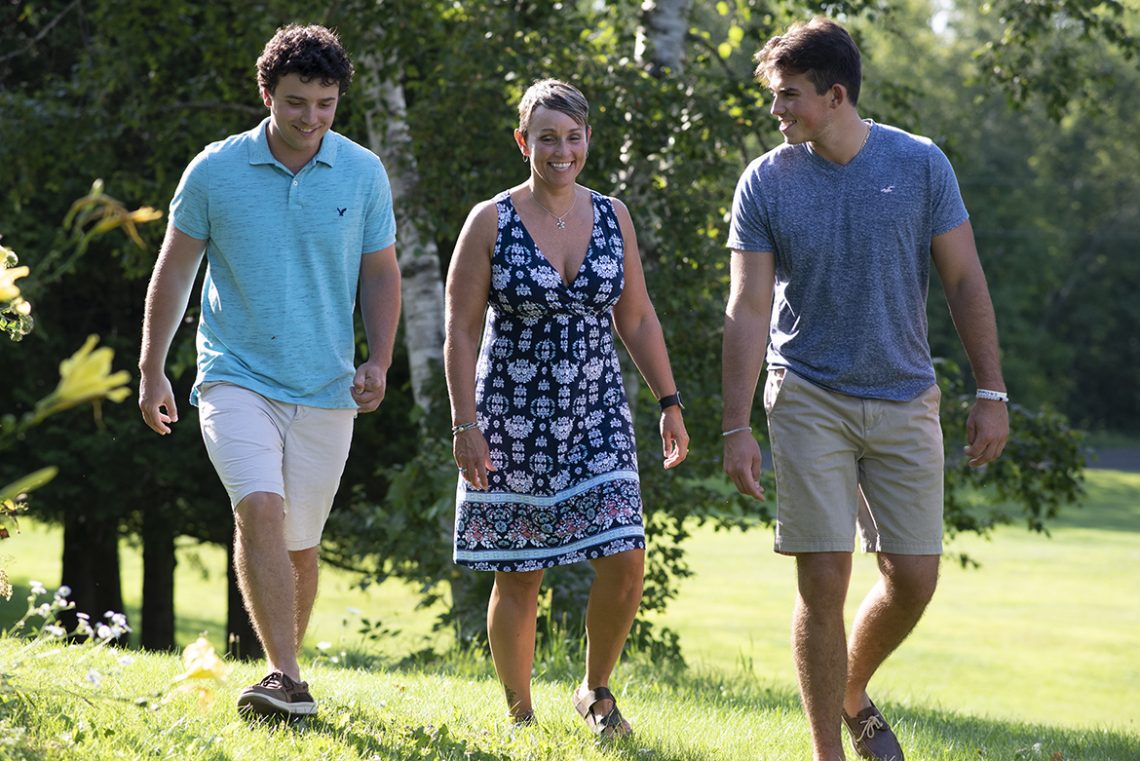 Kelly Chase Poulin ’93 (center) and her sons, Garret ’19 (left) and Nathan ’22 (right), of Williamstown, Vt., took advantage of the Farmington is Family Scholarship at UMF, available to children and grandchildren of alumni living out of state. (Photo by Josh Kuckens.)

First, if you haven’t heard, UMF’s Farmington is Family Scholarship offers children and grandchildren of UMF graduates who reside out-of-state the opportunity to attend UMF at the lower in-state tuition rate of just under $9,000 per year. Compared with UMF’s out-of-state tuition rate, that represents a savings of more than $10,000 annually — and more than $43,000 over the child or grandchild’s four years at UMF.

Unlike most things that sound too good to be true, the Farmington is Family Scholarship isn’t.

Just ask Kelly Chase Poulin ’93, who is now a speech and language pathologist at Moretown Elementary School in Moretown, Vt. She and her husband, Jeff, have one son who just graduated from UMF in May (Garret ’19) and another who will be a sophomore in the coming academic year (Nathan ’22). As the Farmington is Family Scholarship came online halfway through Garret’s UMF career, he attended UMF for the in-state tuition rate during his final two years; Nathan will attend for the in-state rate all four years.

Kelly, Garret, and Nathan say the opportunity to save thousands in tuition wasn’t the main reason UMF stood out in the search for the right-fit college. But it didn’t hurt.

“When I went there, Farmington just always felt like home, with its small community, small classes, and lots of support,” says Kelly. “When we visited UMF for Garret, I think the boys could just feel my love for the place radiating from me. I never doubted that they would be successful there.”

Garret, who earned a bachelor’s in special education at UMF and will join his mother in Vermont’s Harwood Unified Union School District as a fifth- and sixth-grade special education teacher at nearby Warren Elementary School, says the strength of the University’s teacher education programs drew him to apply.

“I knew I would be going for special education, and all of the professors at UMF made the program feel welcoming,” says Garret. “They do an excellent job of preparing you for what lies ahead, professionally. I knew that coming into the program, because of my mother’s experience.”

Given his mother’s and his brother’s satisfaction with UMF, plus the Farmington is Family Scholarship, it’s no surprise that other schools didn’t stand a chance in Nathan’s eyes.

“When we dropped Garret off at UMF, I immediately knew this would be the place for me, and it stuck four years later,” says Nathan, who is also majoring in special education at UMF and will be playing varsity golf, basketball, and baseball this year. “It’s really like home to me.”

Proud as she is that her sons are attending her alma mater, Kelly is even more so that they’re bound for the field of special education.

As children, she explains, Garret and Nathan had many opportunities to “recognize other people’s struggles in school and what they could do to help their peers.” When Kelly did early intervention work, she says Nathan came along on home visits and played with kids. When she ran a summer camp for children with Down syndrome, Garret and Nathan participated alongside the attendees with intellectual disabilities.

“Even at a very young age, they were peer models for children with special needs,” Kelly says, choking up a bit. “Their father and I coached them and their friends on sports teams in our community for many years, and Garret and Nathan went on to coach AAU teams. When they’re home on breaks, they have been substitutes in my school, doing whatever is needed from music to helping in the library to working in special education.”

“They’re pretty special guys,” she says. “A lot of compassion and caring.” 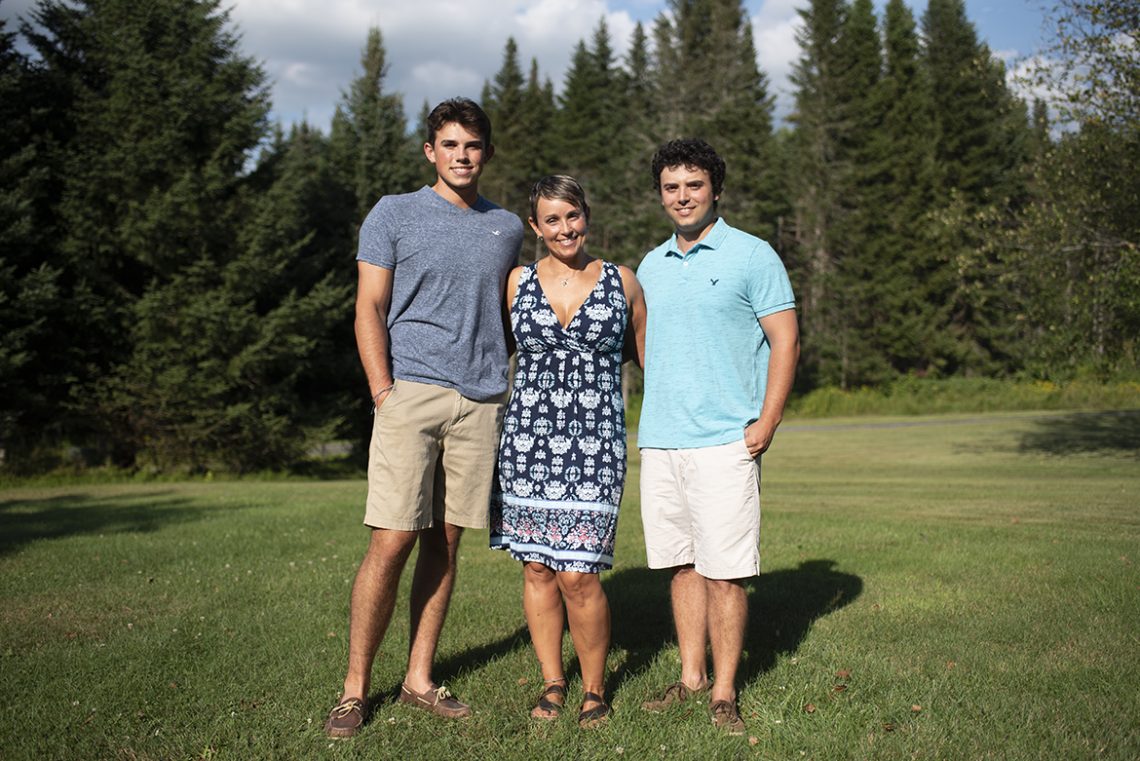 “When we visited UMF for Garret, I think the boys could just feel my love for the place radiating from me,” says Kelly. “I never doubted that they would be successful there.” (Photo by Josh Kuckens.)

Learn more about the Farmington is Family Tuition Discount available to children and grandchildren of UMF alumni who live outside Maine.