Whether it’s been a year since you were last on campus or time better measured in decades, chances are good there’s been some change since you last visited Farmington.

In this regular feature, we’ll re-introduce UMF to you, highlighting what’s distinctive about the University — and what’s worth telling the college-bound people in your life. 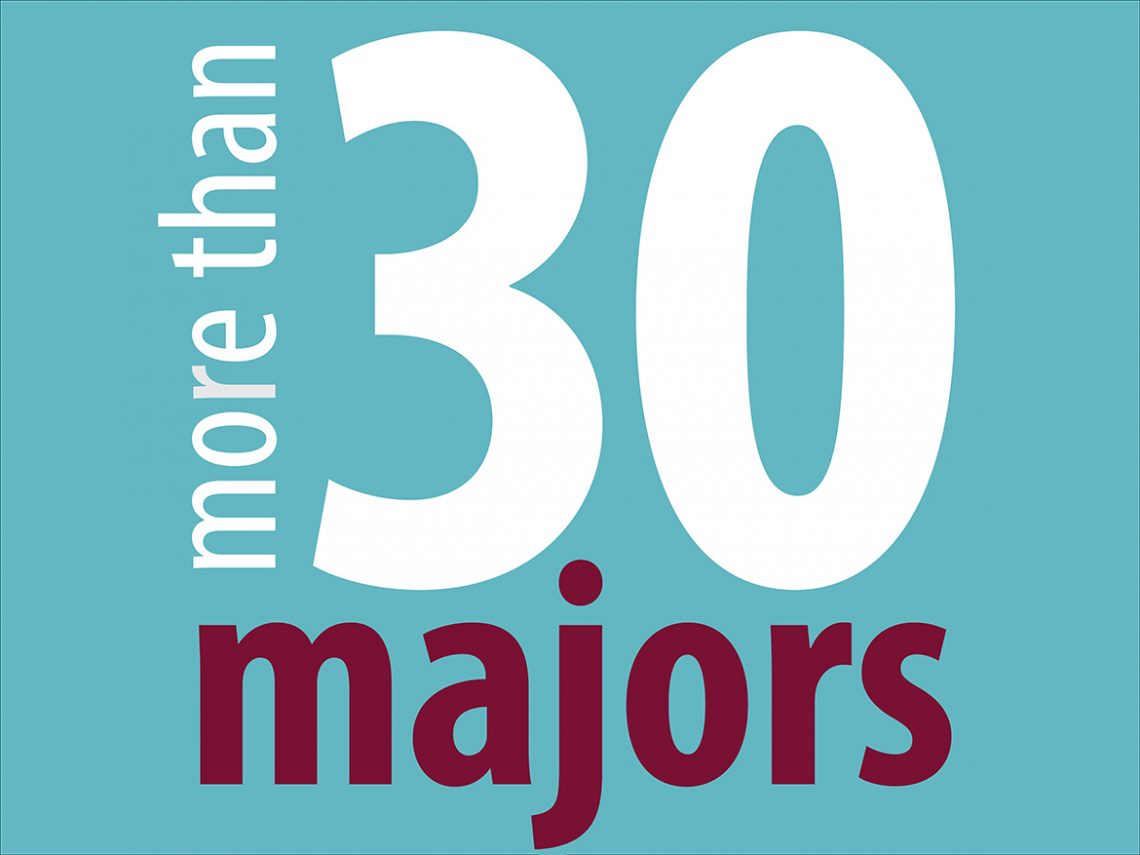 Given its contemporary mission as a public liberal arts college, today’s undergraduate students at UMF take courses in the Arts, Humanities, Mathematics, Natural Sciences and Social Sciences. The University offers students opportunities to pursue bachelor’s degrees in more than 30 majors and programs of study — everything from Actuarial Science, Biology, Business Economics, and Creative Writing to Elementary Education, Geography and Environmental Planning, Mathematics, Psychology, and Special Education. And our broad range of certificate and multi-degree, pre-professional programs — 3+2 Counseling, 3+3 Law, ELL Certificate, and Addiction Rehabilitation Certificate, just to name a few — put students on accelerated career pathways. See all our programs of study at umf.maine.edu/academics 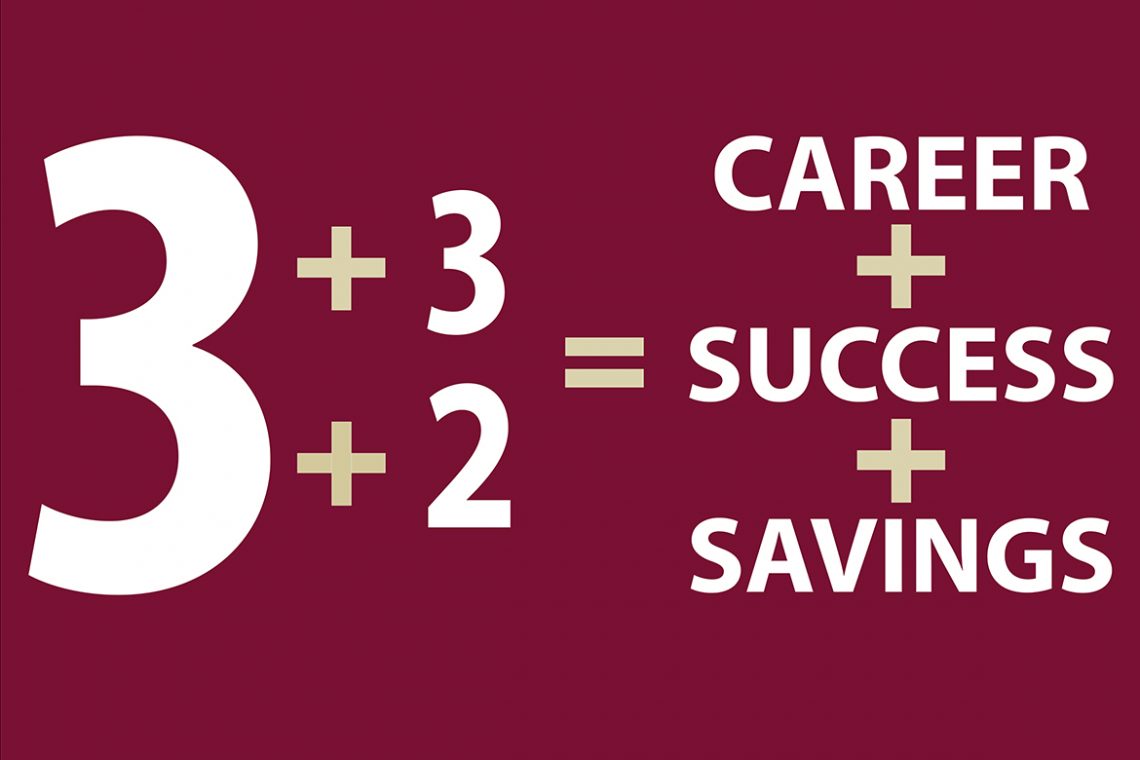 Let’s do the math. At most universities, earning a bachelor’s and a professional master’s degree takes 6 years (4 years for the bachelor’s plus 2 for the master’s). And earning a bachelor’s and a law degree usually takes 7 (4 years for the bachelor’s plus 3 for the J.D.). Not so at Farmington. Today’s UMF students have a greater array of fast-track, pre-professional academic programs that combine earning a bachelor’s with master’s, a J.D., or Doctor of Chiropractic — saving a year’s time and money. UMF’s 3+2 programs in Psychology (for an M.S. in Counseling with a Concentration in School or Clinical Counseling), Rehabilitation Services (for an M.S. in Counseling with a Concentration in Rehabilitation Counseling), and Social Work (for an M.S. in Social Work) provide students with opportunities to earn bachelor’s and master’s degrees in 5 years, rather than 6. With these accelerated 3+2 programs, career-minded students can complete their bachelor’s degree requirements at UMF in the first 3 years and then their master’s requirements at the University of Southern Maine in the remaining 2 years. UMF’s 3+3 Accelerated Pre-Law program saves time and money much the same way (3 years at UMF followed by 3 at the University of Maine School of Law) as does UMF’s 3+3 Chiropractic Program with Logan University of Chesterfield, Missouri. Any way you look at them, UMF’s 3+2 and 3+3 programs add up to savings and career success. 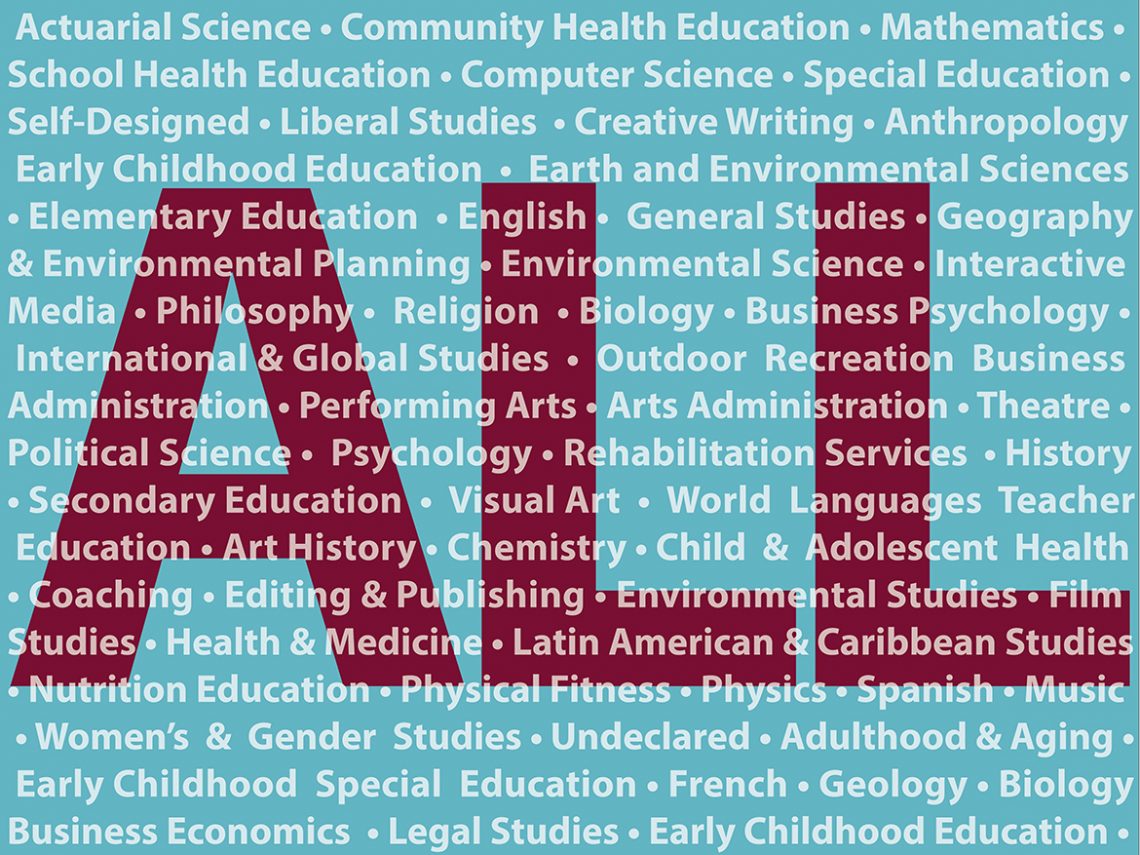 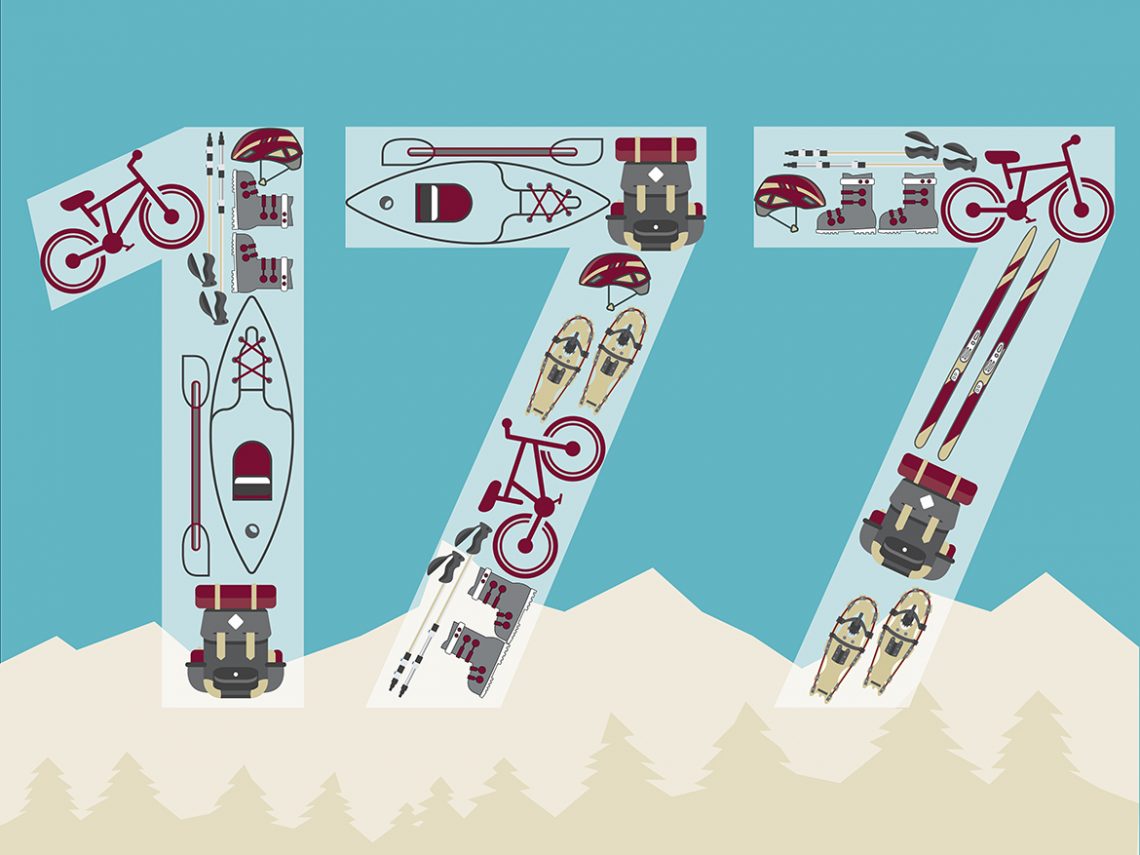 A recent Portland Press Herald story confirms what many Maine outdoor enthusiasts have long suspected: The outdoor recreation industry — to the tune of $2.9 billion — comprises a larger share of Maine’s economy than it does for all but two other states in the nation (Hawaii and Montana). For those on campus and in the greater Farmington area who lack the resources to fund and access outdoor recreation, UMF offers its Mainely Outdoors program, which, since 2008, has provided students and community members with transportation to a broad range of trips and excursions, as well as outdoor gear for sign-out or low-cost rent. To date, the Mainely Outdoors gear stash of 177 pieces of equipment includes 34 pairs of snowshoes, 15 pairs of Nordic skis, 15 kayaks, 14 canoes, 10 stand-up paddle boards, 30 life jackets, 12 mountain bikes, 10 sleeping bags, 10 sleeping pads, 10 backpacks, six tents, three camp stoves, three backpacking stoves, four ski/snowboard tuning stations, one bike-tuning station, and numerous pairs of Nordic boots and bike helmets. All the grant-funded or gift-in-kind gear is worth well into six figures. The value of the memories students and community members make with it? Priceless. 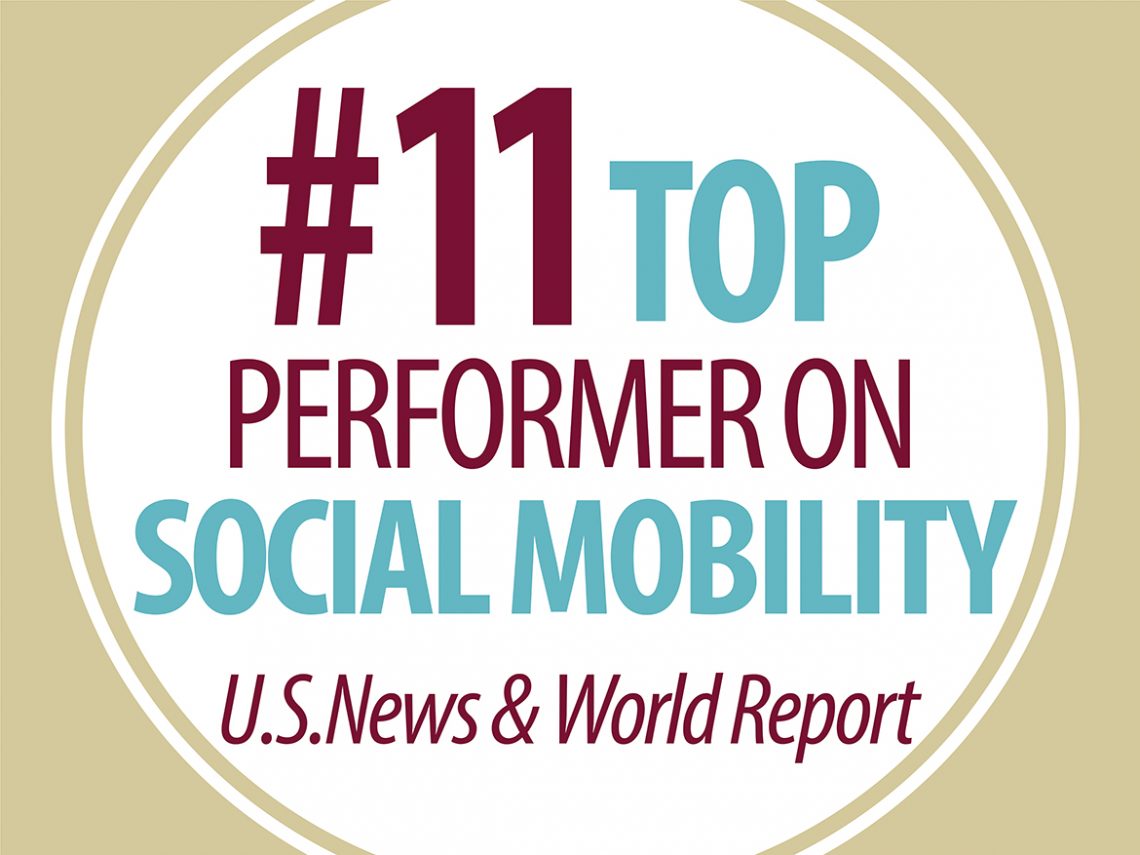 This year, UMF garnered its usual share of accolades from U.S. News and World Report, which ranked the University among the top 10 in four categories in its Carnegie classification of Regional Colleges in the North: No. 2 among Best Colleges for Veterans, No. 3 among those cited as a Best Value College, No. 5 among Top Public Colleges, and No. 8 among Top Regional Colleges in the North — Public and Private. USNWR also gave UMF a tip of the hat in a distinct new ranking of Top Performers on Social Mobility. This year, we’re 11th in the new category that measures the graduation success of students receiving Pell Grants and recognizes how well schools graduated students coming from households with annual incomes less than $50,000. Pleased by the honor, but not surprised, is UMF Director of Admissions Lisa Ellrich. “We have a longstanding tradition of educating students who are the first in their families to seek a four-year degree,” says Ellrich. “Nearly 50 percent of our students are first-gen students, and we make it a priority to make sure they feel at home and succeed here.” 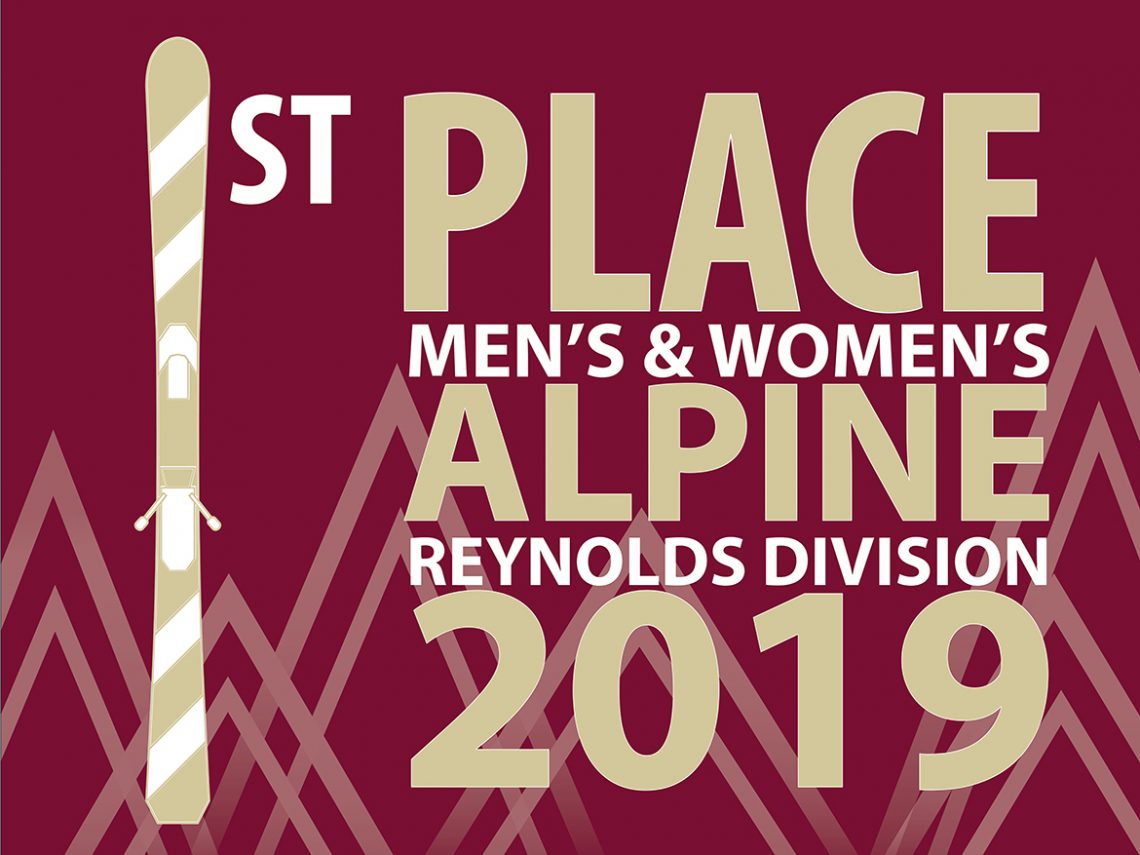 It really shouldn’t come as a surprise to alumni, but perhaps it will: UMF has a competitive alpine team. A very competitive team. Led by Head Coach Andrew Willihan ’06, the 2019 men’s and women’s alpine squads took first place in the United States Collegiate Ski and Snowboard Association’s Reynolds Division, comprising Division II and III varsity teams and clubs in Maine. In 2019, 16 skiers achieved podium finishes, nine were named All-Division student-athletes, and the teams claimed the Reynolds Division Ricker Cup Championship. In 2018, the program successes included 18 individual podium finishes, seven All-Division athletes, the men winning the Reynolds Division championship, and the women tying for second. And the trendline for the future looks good. Through successful recruiting, Willihan ’06, who was named Eastern Region Coach of the Year in 2018, nearly doubled the size of the team in recent years — from 11 student-athletes to 21. 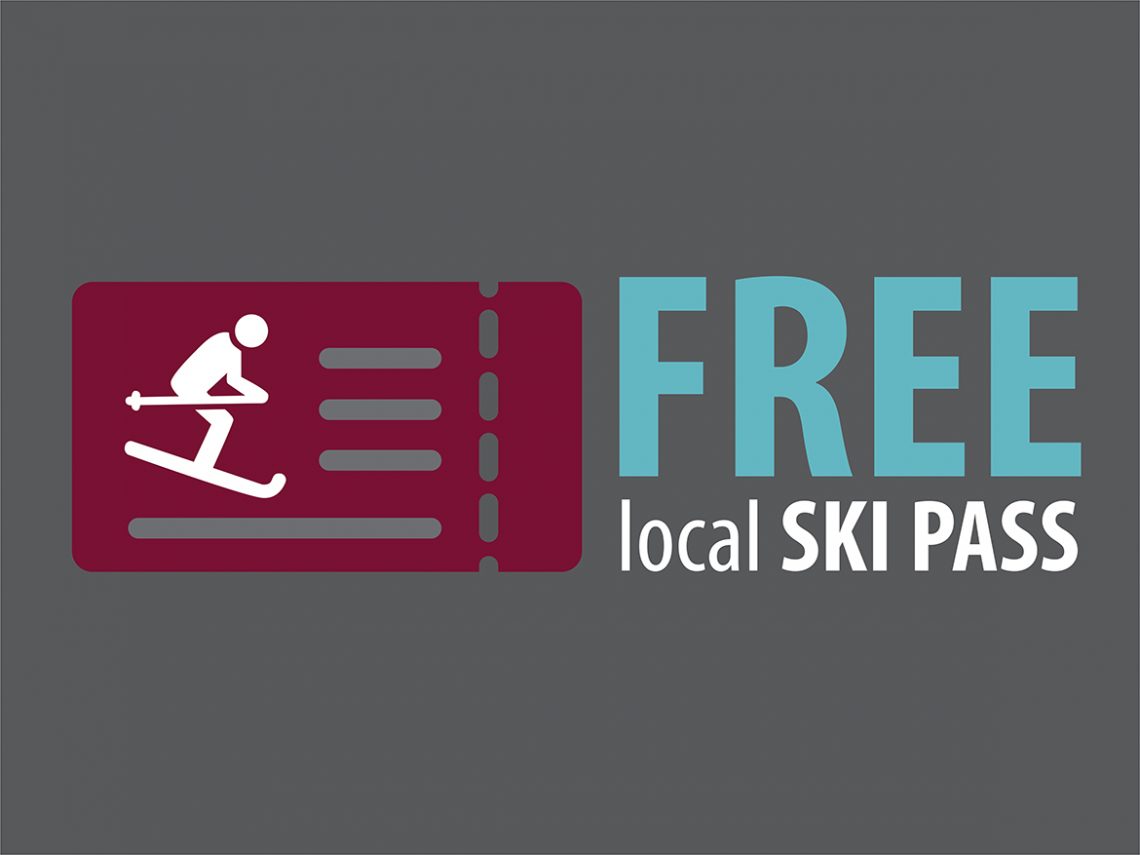 Thanks to a generous donation from Sunday River and Sugarloaf, all full-time UMF students receive a free season pass to ski at Titcomb Mountain, 10 minutes away from campus in nearby West Farmington. One of the last remaining club-operated ski areas in Maine, Titcomb features 16 alpine trails, several glades, and a terrain park served by two t-bars, as well as 16 kilometers of cross-country trails groomed for classical and skate skiing. (While gentle Nordic trails abound at Titcomb, its hillier K’s comprise a formidable race course. In February 2020, Titcomb will play host to the Maine Class A, B, and C boys and girls high school Nordic championships.) UMF students who are new to skiing and snowboarding can take advantage of free learn-to-ski-and-ride lessons at Titcomb taught by students in the University’s own Alpine Operations and Outdoor Recreation Business Administration programs. 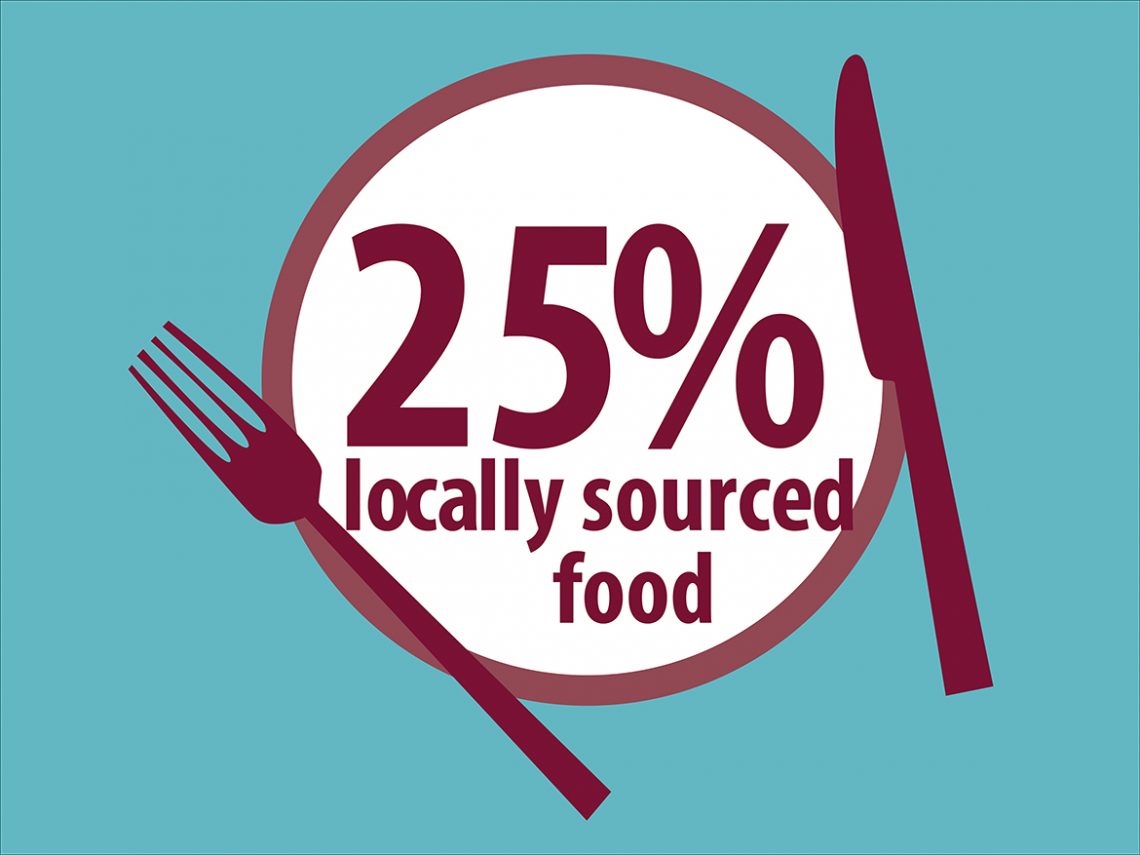 In partnership with dining services provider Sodexo, UMF sources 25 percent of its scrumptious food within 175 miles of campus — and 100 percent of its whitefish from Maine’s coastal waters. By sourcing a quarter of its food from area producers, UMF supports local agricultural businesses and reduces its environmental footprint. (Less time in transit means the food is fresher and doesn’t require the burning of as much fossil fuel to get here.) And by plating less well-known or under-loved fish like pollock, UMF is helping to drive demand for a broader range of abundant, responsibly harvested species from the Gulf of Maine. This, in turn, diversifies fishermen’s options and helps build stronger economies in the state’s coastal communities. 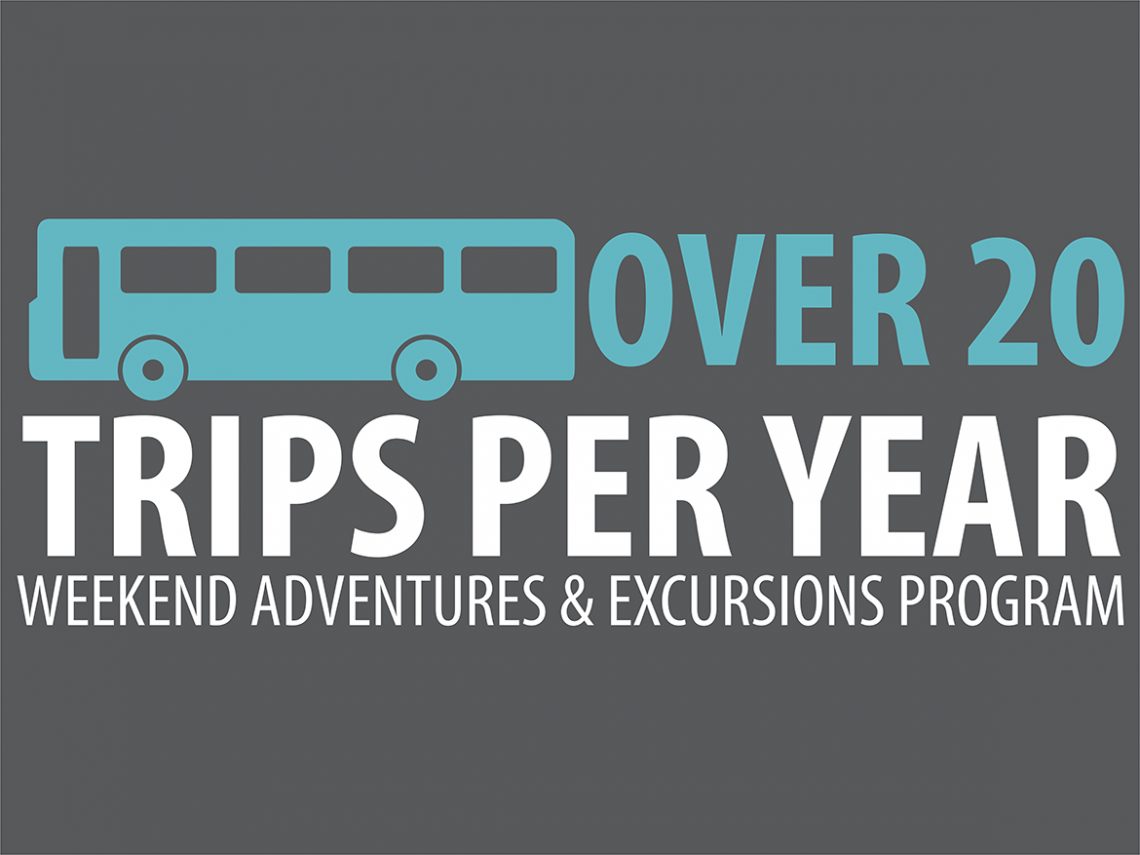 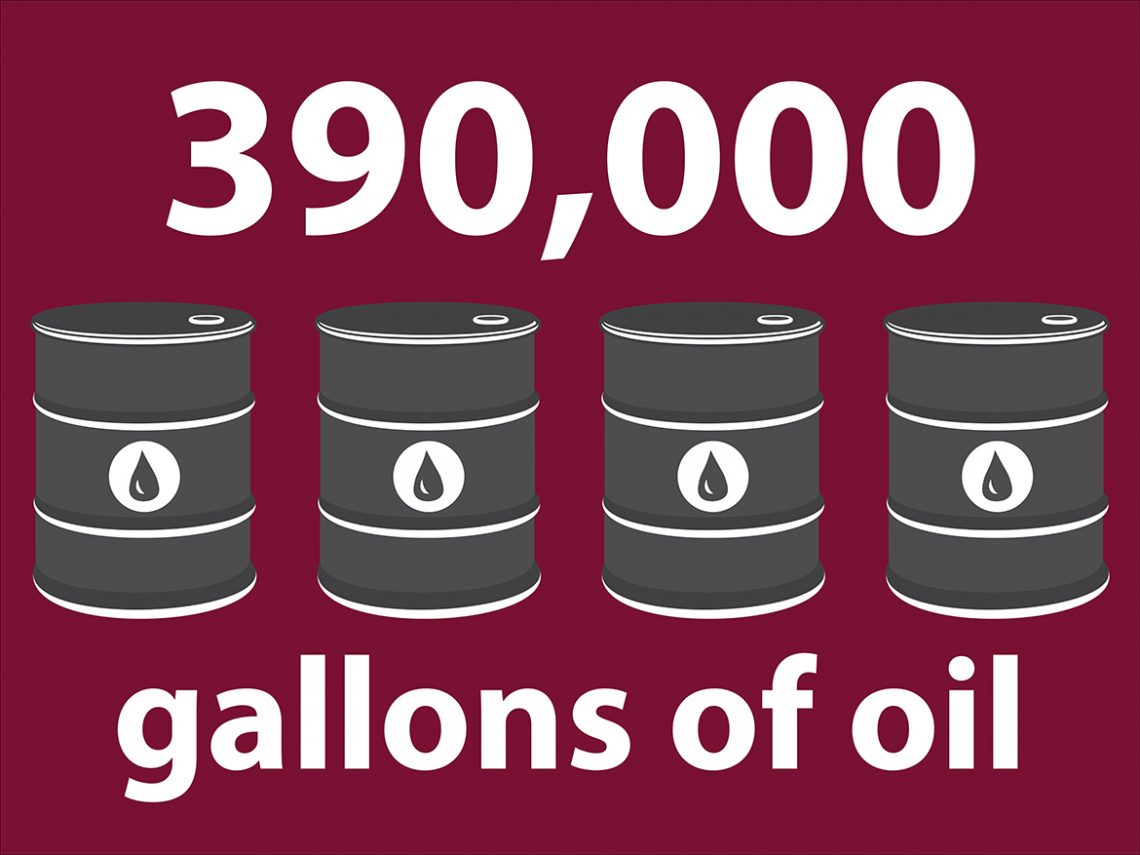 390,000 gallons. That’s how much oil UMF isn’t burning per year since UMF’s Biomass Central Heating Plant came online in 2016. Whether you look at it in terms of cost reduction or carbon reduction, it’s a good thing. The biggest heat-only biomass plant in the state has cut the University’s annual heating costs by more than 70 percent (from $1.2 million to approximately $350,000 a season) and reduced its carbon emissions by 32 percent (down 4,000 tons per year). As UMF sources the 4,000 tons of wood chips it burns annually from within a 60-mile radius of campus, the University provides vital financial support to the local forest economy. And the University’s wood-chip supplier, Cousineau Wood Products of Anson, follows sustainable harvesting practices, such as selective cutting and the planting of saplings to replenish forests. Once construction in the depths of Dearborn Gymnasium is completed, the cost and carbon savings will likely grow. By late-October, Dearborn and Alumni Theater will be connected to the underground circuit that delivers biomass-heated water to 27 campus buildings, including UMF’s Fitness and Recreation Center, as well as Dakin, Frances Allen Black, Lockwood, Preble, Scott, and Ricker halls.