Early in the first week of the June Match Giving Challenge, the Ferro Alumni Center Team gained a deeper appreciation for the words of the Russian novelist and poet Boris Pasternak: Surprise is the greatest gift which life can grant us.

The gift of surprise for us was seeing UMF alumni and friends choosing to make gifts in honor of their Best Farmington Friends — classmates, teammates, and roommates, as well as professors, coaches, and mentors. Most of them alive and well and grateful to be remembered. Some gone but forever close to the heart.

Such was the case with Elyse Pratt-Ronco ’02, who chose to make a gift in honor of her BFF, Katie Arsenault, a fellow elementary education major who passed away unexpectedly in the fall of their senior year. 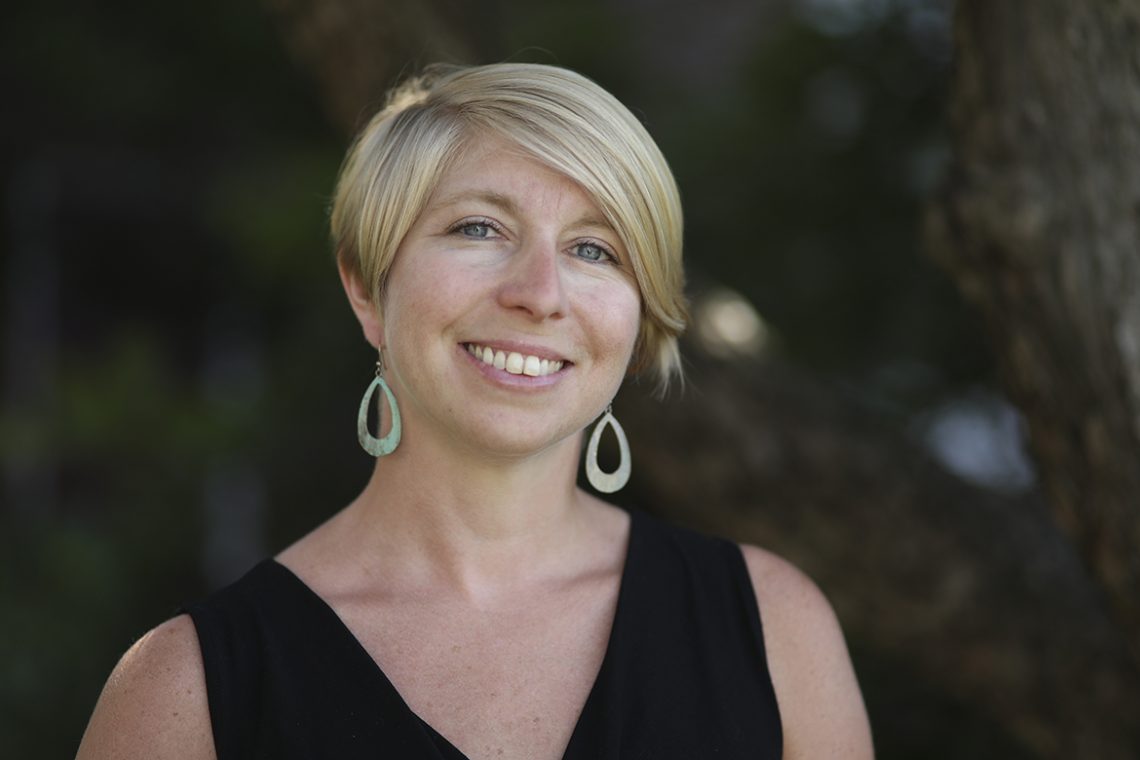 In a video seen widely on Facebook, Pratt-Ronco held back tears as she explained that she knew Arsenault’s congenital heart condition could someday cut her life short. “But the narrative we told ourselves was that we knew we were going to graduate,” she said. “We were going to move to New York City and save children one kid at a time.” 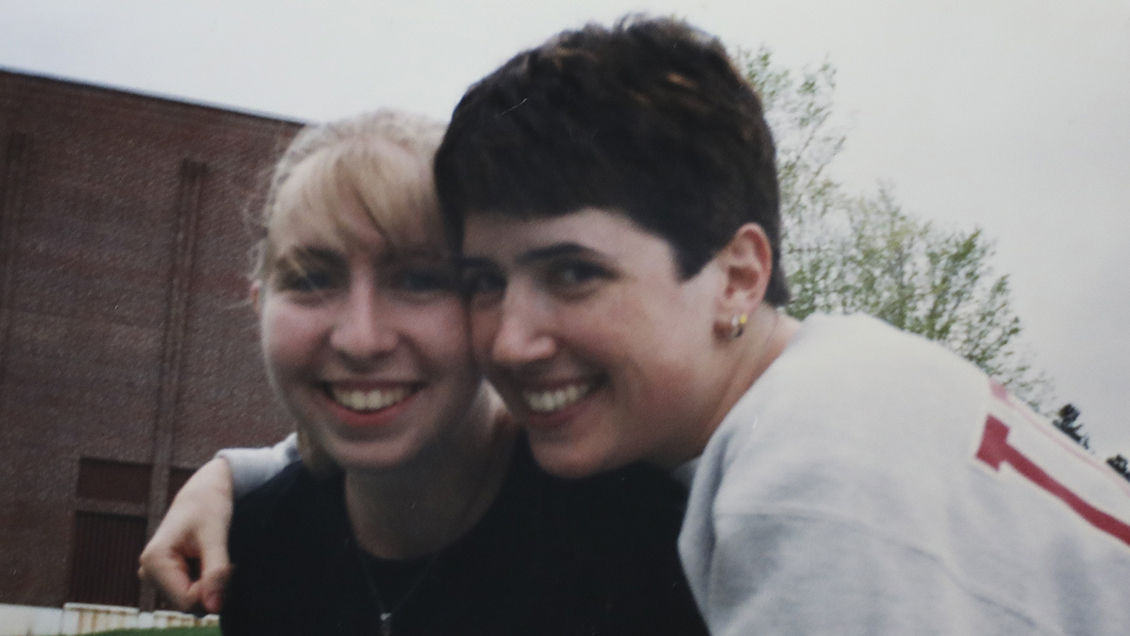 Pratt-Ronco ’02 (left) and her BFF, Katie Arsenault, who passed away unexpectedly in the fall of their senior year. (Photo courtesy of Elyse Pratt-Ronco.)

Through their three years together at UMF, Pratt-Ronco said she came to learn “what friendship is and what love is” and that Arsenault was “the kind of friend you want forever.”

Making a gift to the University in her honor, was “a wonderful opportunity to memorialize my best friend, who I would not have met and had such a great time with had I not been here at UMF,” said Pratt-Ronco, who went on to earn a doctorate in applied developmental and educational psychology at Boston College and is now assistant director of Upward Bound at the University. “She is an important part of the work I do every day and has made me the person I am.”

The video was seen by more than 5,000 alumni and friends. Among them was Melanie Arsenault ’81, Katie’s aunt, who decided to respond in kind by making a gift in honor of Pratt-Ronco. And with that gift came this moving tribute to her niece’s BFF and the power of the UMF community:

Your BFF campaign recently featured Elyse Pratt-Ronco ’02 honoring my niece, Katie Arsenault ’02 as her BFF. I’m making this gift on behalf of Katie. I have no doubt that if she were alive today she would be making a gift herself to honor Elyse.

While Elyse told the story of Katie being her BFF, it’s important for people to know the kind of BFF Elyse was for Katie. It was always a joy to be around them to witness that kind of friendship.

Thank you all for keeping Katie’s memory alive, although she would probably be a little embarrassed by the attention. Like many as we reminisce about the past, she would probably prefer that Elyse hadn’t shared some of those “blast from the past” college pics for all to see, especially the one with her dressed as Where’s Waldo for Halloween!

Their BFF story is also intertwined with my own life and experiences at UMF … and what a special place it really is.

During finals week of the first semester of my junior year at UMF, Katie was born with a life-threatening, congenital heart defect. As I struggled to come to terms with what that meant for her future and my brother’s family, I was supported by the UMF faculty, staff and my friends.

As Katie was making her short list of schools during her senior year in high school, I brought her to UMF for her interview and a tour. I wanted her to see and feel that UMF could be a great place for her college years and to prepare her to realize her dream of being an elementary ed teacher. On the way home from her visit to UMF she decided that’s where she would spend her next four years.

As fate would have it, Katie faced her own loss while at UMF when her mother passed away during her sophomore year. She, too, was surrounded by the love and support of the faculty, staff, and her friends. During her mother’s illness and passing, Elyse was a rock — more like a boulder — for Katie. Katie’s loss and grief were made more bearable by the entire UMF community, but especially Elyse who was there consistently to listen, support and care for Katie during that difficult time. While we were in frequent contact with Katie, checking in to see how she was physically and emotionally handling the loss of her mother, I worried less than others. I knew she was in the best place she could be to move forward with her life goals while still grieving. I felt confident she would receive whatever support she needed, whenever she needed it. As literal BFFs, Katie would have done the same thing for Elyse.

In addition to supporting Elyse after Katie’s death, the UMF community supported myself and my family. On the very day that Katie died, Beth Jennings, a long time UMF staffer who began her career at UMF when I was a student, reached out to me personally.

In addition, when I went to the mailbox the very next day at Katie’s home in Hampden on 9/11, there was a note from President Kalikow with a check for Katie’s tuition and expenses that had been paid for the fall semester. President Kalikow made that incredibly thoughtful gesture within hours of Katie’s passing. I can’t imagine many other higher education communities making the time and effort to make life easier for the family of a current student and an alumna who had graduated 20 years before.

A few weeks later we were invited to a memorial service for Katie at UMF organized by Elyse and their friends. The next spring, we were also invited to be there when her class made a gift to UMF in her name during graduation week.

My family will always appreciate the respect, care, and dignity shown to us by the entire UMF community in response to the events that unfolded that dreadful day.

In her video tribute, Elyse so eloquently described how loved and supported she was by the UMF community when Katie died. I’m proud to know that when difficult situations happen in the future Elyse will be there to carry on the strong UMF legacy of what it really means to be a community that cares for and supports students. UMF is very fortunate to have a person of Elyse’s caliber, who chose to return to her roots and make significant ongoing, day-in and day-out contributions.

It’s clearly an understatement to say that Elyse has made the best out of a life-changing situation. She’s been a role model for so many as to how not to let a horrible experience determine your own future. She finished her UMF education on time and went on to receive her doctoral degree (among her many other accomplishments). Her work with the UMF Upward Bound program isn’t a job for her. It’s her passion and her life’s work. As a staff member for the first six years of the UMF UB summer program, I know how demanding that work can be. While visiting the UB program a couple years ago at Elyse’s invitation, I personally witnessed how the UB students just drank from her fountain of compassion, authenticity, and love. She inspires them and teaches them every day how to walk through their own struggles with grace, humor, and support. Her work with them has and will make the difference for generations of Mainers to come, allowing them to have successful, fulfilling lives.

Elyse may not have had the chance to move to NYC with Katie to “save children one kid at a time” as she stated in her BFF video. But no one should ever underestimate the impact of the work she’s doing everyday, changing the lives of Maine kids — one at a time — and how lucky we all are that she’s doing that right here at home, at UMF.

Katie would be so proud of her BFF’s life and work.

Many thanks,
Mel Arsenault ’81