Finding Her Way with Words

With the publication of her second novel and a third out for review, Creative Writing major Hannah Binder ’21 continues to ‘make writing that matters.’

At the tender age of 13, when she realized writing was an “inseparable part” of herself, Binder boldly declared to her mother that she would become an author. She was certain there was no other calling.

This past August, when Austin Macauley Publishers released her second book, 30 Feet Strong, Binder doubled down on her childhood pledge. 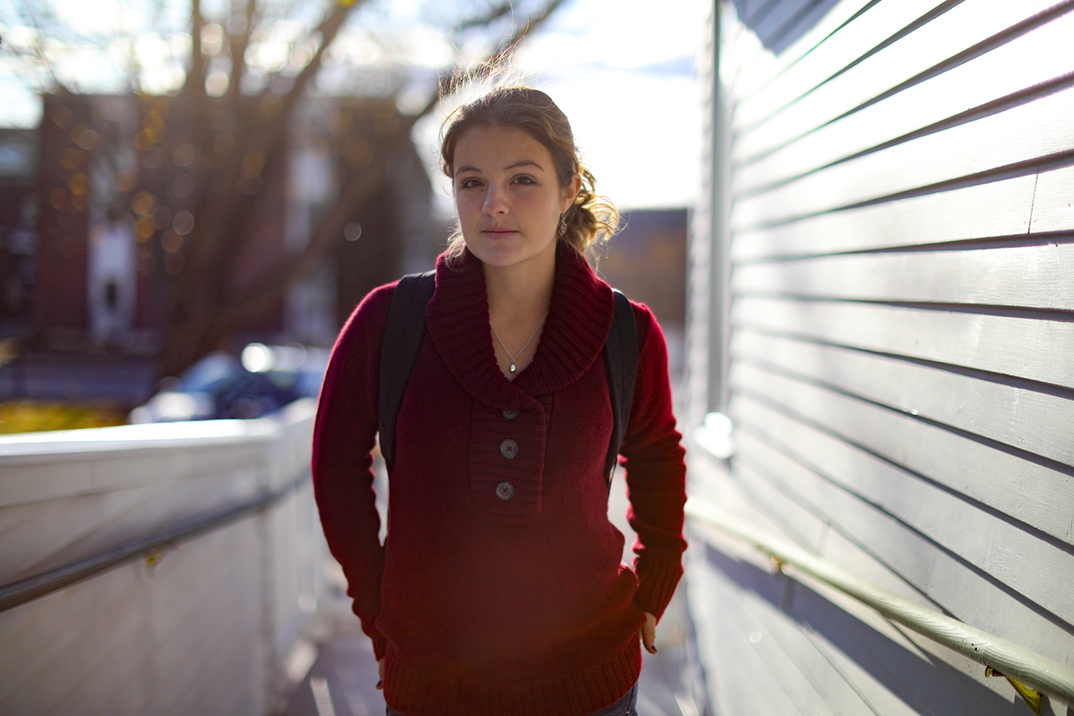 With two books to her credit already, Hannah Binder ’21 says her goal remains the same: to “write bravely.” (Photo by Marc Glass.)

Since her freshman year of high school, “all I really wanted to do was write,” says Binder. “I went into this dream, knowing, to some degree, what I needed to do to succeed. I knew I would have to work incredibly hard.”

To break into the industry and establish herself as early as possible, Binder engaged in a self-study of the publishing industry to understand how it works. Through her teen years, she was never without pen and paper — or the self-discipline to write unceasingly. And, she says, “I started holding myself to a standard of writers three times my age.”

As she honed her craft and continued to invest in the dream of being published, she also intentionally steeled herself for what she knew lay ahead.

“When I was 17, I started submitting my first novel for publication. I received countless rejections, but I knew that rejection was just part of being a writer, and I was determined to be one,” she says. “I’ve simply always been too ambitious to sacrifice a goal because of obstacles.”

That debut novel, Why We Don’t Wave — also published by Austin Macauley — focuses on four women navigating decidedly adult and existential problems: Kaia, a homeless single mother longing for a roof over her head and a name as she struggles to raise her young son; Scarlet, a stripper who is uncomfortably aware of her lack of social and economic mobility; Desiree, trapped in an unhappy marriage and striving to persevere for her son’s sake; and Felicity, a teacher consumed with caring for her Alzheimer’s-stricken mother.

As Binder finished revising the manuscript on the two-year project, she began drafting 30 Feet Strong based on the fictional character William Thomas Clark, who was born on 9/11 at 8:46 a.m. — the same moment the first plane hit the North Tower.

The character, says Binder, came to her as she worked through a high school poetry-writing assignment. The resulting poem was “terrible,” she says, as the form is “not my best genre.”

But in her mind, she envisioned the little boy who shares the same initials as the World Trade Center as able to enter the lives of four New Yorkers impacted by the terrorist attacks — a retired veteran who lost his daughter on United 93, a widow of a first responder, a 911 operator whose first day happened to be her last, and a doctor who finds the remains of the woman he loves while triaging victims at Ground Zero.

“One of my goals for the book was to show as many perspectives as I could feasibly handle to represent multiple populations of people affected by 9/11,” says Binder. “For this to work, I needed a character to connect the four separate narratives of the other characters. William Thomas Clark was perfect for this.” 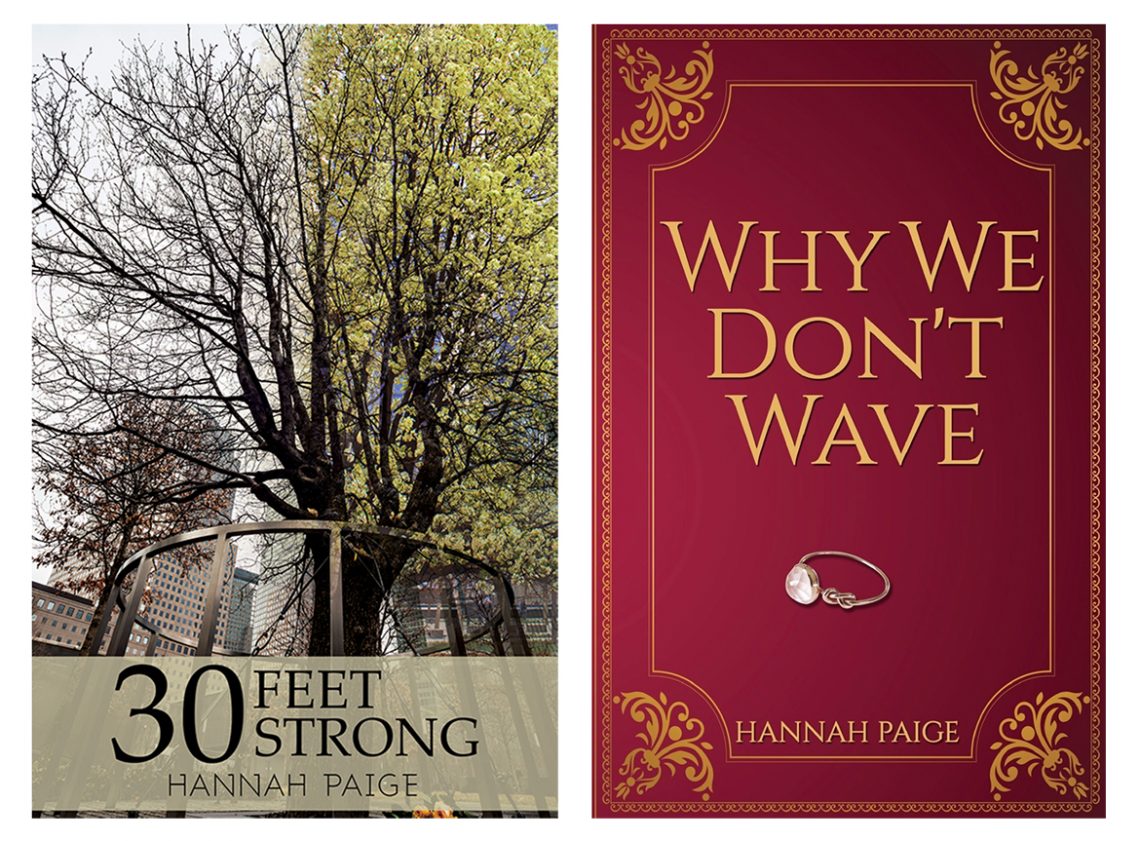 Binder has published 30 Feet Strong and her first book, Why We Don’t Wave, under the pen name Hannah Paige.

Her two books to date (a third is now out to other publishers) deal with high concepts, potent themes, and struggles far beyond the ken of most people, let alone people Binder’s age. As for why she chooses to grapple with such weighty topics, Binder says she has always wanted to “write bravely” and “make writing that matters.”

To wit, as she conceived 30 Feet Strong, Binder says she “saw a hole in the fiction field” and intentionally chose to tackle 9/11 as a means of filling the gap.

“The book is filled with other difficult topics, such as alcoholism, grief, suicide, depression, adultery, etc.,” she says. “I believe in the power of words absolutely, without exception, and with that belief comes a motivation to question and address the world around me.”

While Binder’s first two books were launched prior to her matriculation in UMF’s Creative Writing program, she says the third bears the influence of more formal, intentional practice.

“My training here at UMF has sharpened my skills noticeably as a writer,” she says. “I can see a clear difference between my writing before I entered the Creative Writing program and now that I’m working my way through it.”

Among the “key benefits” she has gained during her time at UMF is learning “to take much greater care with my writing.”

“I knew that I could tell stories, and I could do it fairly well, and I accepted much of what I wrote,” Binder says of her pre-college perspective. “Now, I push my writing. I will write something and immediately question it, assess it, revise it. I never take the easy sentence anymore and am constantly aware of falling back on my natural abilities.”

This unrelenting desire to grow and get better animates Binder’s pursuit of a new publisher for her third book. In short, an editor’s capacity for giving ruthless feedback is foremost among her selection criteria.

“I aim to sharpen my writing, to simplify it, and to not run away with my love for words,” she says.