In this month’s missive from a member of the University’s leadership team, Director of Advancement Marc Glass explains how he came to understand the ‘the beautiful cycle’ of philanthropy at work in his own life.

Dear Alumni and Friends of UMF,

As the person who oversees fundraising at UMF, I have two admittedly unusual confessions to make: 1) There was a time in my life when fundraising was the last thing I could imagine wanting to do, and 2) I used to loathe being asked to give money to anything. 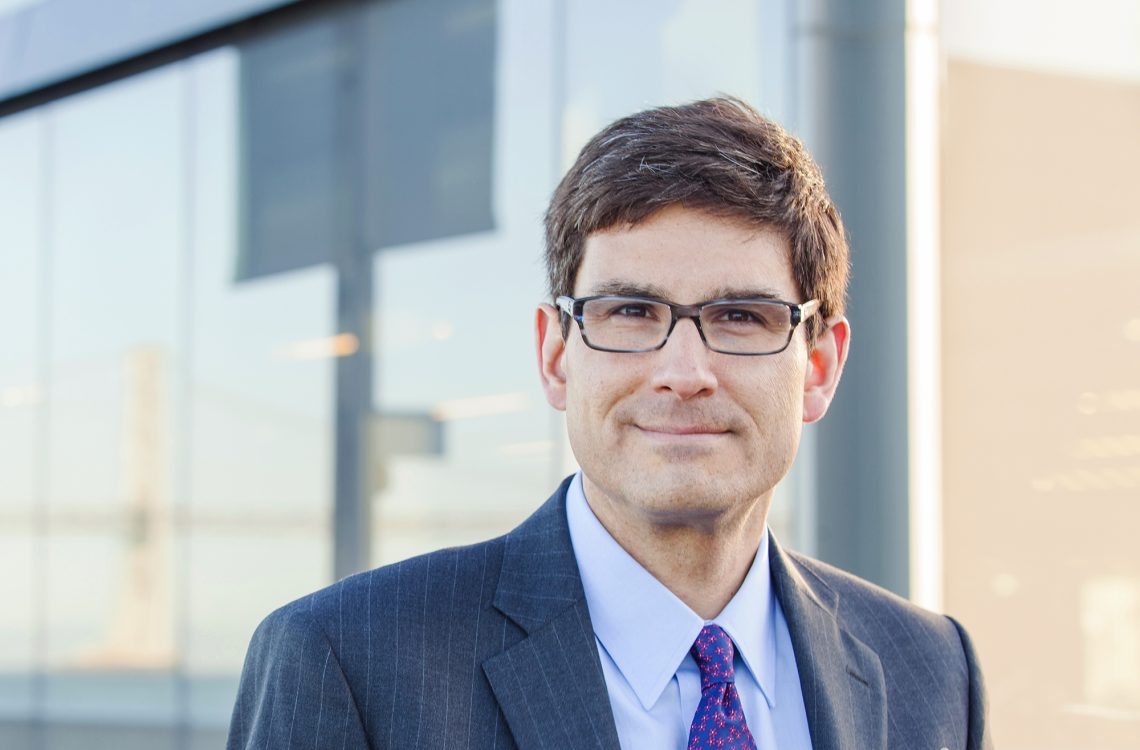 I think the main reason I could never see myself involved with fundraising is because I regarded people who worked in fundraising as abnormally cheerful — always eager to see the upside of even the most vexing situations. I also viewed people who worked in fundraising as essentially engaged in the act of trying to take something from me. Not just once, but repeatedly — with that same irrepressible optimism that suggested they would eventually win out and claim, as spoils, my hard-earned money. Eager to assert control over my life in any way possible, I only occasionally and grudgingly complied. Giving, I thought, was giving in.

But then something happened that completely changed how I came to see philanthropy and those involved in fundraising. As part of sending our daughter to college, my wife and I filed our FAFSA (the Free Application for Federal Student Aid) and laid bare our finances to people who would judge our ability to pay for tuition, room, and board. The financial aid package that we eventually received included an unexpected amount of grant aid, enough to tamp down the loans our daughter would have to take out to make it work.

None of this financial support should have come as a surprise to me. I, too, had received grants in each of the four years I was in college more than 30 years ago. But whenever asked about how I got through school, especially when I was younger, I would tell anyone who would listen of all the lawns I mowed, windows I washed, wood I stacked, and houses I painted to help pay my way. I also spared no words bemoaning the loans I had to take out and spend 10 years repaying.

Looking back, I’m confident that I never spoke of the $4,000 that came off the top of my annual tuition bills because of contributions from alumni. Now, the same generosity of strangers that helped make college possible — and helped put me on my path in life — was, apparently, going to do the same for our daughter.

One of the things I’ve come to understand about this beautiful cycle is that the contributions don’t have to be big to make a big difference. The power and the potential come from the collective and communal effort. You know the old saying about how quiet the woods would be if only the most melodious birds sang? The same is true with giving. Every contribution makes a difference — especially at UMF, where nearly 50 percent of our students are the first in their families to seek a four-year degree and more than 98 percent receive some form of financial aid.

This year, the UMF community’s singing (read: giving and engagement) caught the attention of the Council for the Advancement and Support of Education. The premiere international organization of advancement professionals selected UMF from all public liberal arts colleges in the nation for its Overall Improvement in Advancement honor. It’s nothing we applied for. We didn’t even know the award existed. But it’s a welcome acknowledgment of how the UMF community has rallied to keep the beautiful cycle going.

So, I’ve shared the revelation I had that led to seeing how the beautiful cycle works. But, you may recall that I also used to take a dim view of fundraisers themselves. If you’re wondering how I came to appreciate their “EVERYTHING IS AWESOME!” outlook, it took working in fundraising for me to discern why fundraisers seem so unnaturally happy. It’s because they see every contribution for what it really is: an investment in the growth and progress of others, an expression of hope for the future, and a gesture of thanks for what has already been received.

This year, the work has been extra joyful. Thank you.

At UMF, Glass oversees fundraising, donor relations, and alumni engagement efforts. In addition to leading the Ferro Alumni Center team, he works closely with alumni and friends to achieve the University’s advancement goals and strengthen the culture of philanthropy within the UMF community. He also edits Farmington First, UMF’s monthly online alumni magazine.