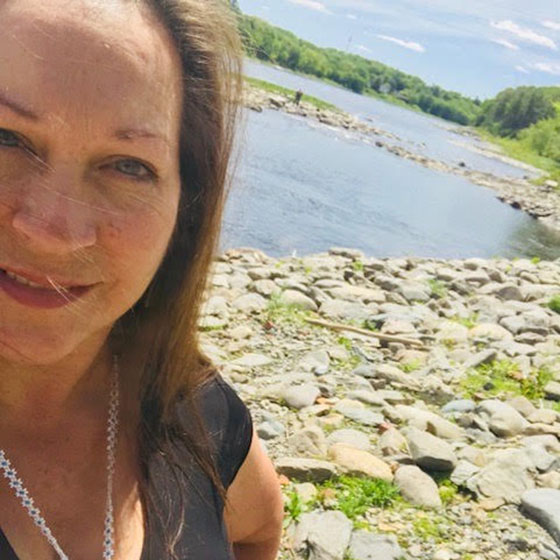 The University of Maine at Farmington, which is located on Wabanaki land, recognizes Indigenous Peoples' Day 2021 with a weeklong series exploring Indigenous issues. Events will be held virtually October 11 and in person October 13 & 15. The events are free and open to the public.

These films are available for online viewing now.

Classes at the University of Maine at Farmington may be cancelled in observation of Indigenous Peoples’ Day, but the opportunity for education — the most fundamental element of allyship and liberation — persists.

What better way to recognize the intentions behind Indigenous Peoples’ Day than to learn more?

Bomazeen Land Trust, a non-profit founded and run by Wabanaki people, and Sunlight Media Collective, an organization of Indigenous and non-Indigenous media makers and activists, including Wabanaki community members, has curated a collection of films and educational materials to assist that learning. Absorb what you can and plan to join us in person later in the week for more programs.

Film: The Saga Continues (7 min)
The Saga Continues is a August 2021 update to the Penobscot River case written by Maria Girouard (Penobscot Nation), an historian with a particular interest and expertise in the Maine Indian Land Claims.

Film: Kihtahkomikumon (Our Land) – #IslandBack in Passamaquoddy Territory (20 min)
About Kihtahkomikumon (Our Land) – #IslandBack in Passamaquoddy Territory: In 2021, by an act of humanism, solidarity, and reparation, the Passamaquoddy tribe has been reunited with 140 acres of their unceded Ancestral territory – part of the largest island in Kci Monosakom, (Big Lake) Maine. To the Passamaquoddy people, it’s more than land return; it is the return of a stolen family member. In this short film, we join Passamaquoddy community members who are finally able to reunite with their non-human relatives. This short film documents the backstory of this island, the process of its theft, and the story of its return.

Submit your comments and questions

Educational Resources
For a history resource on the Wabanaki of the Kennebec River, useful articles and books, and recent news in the land back movement, please visit Bomazeen Land Trust.

The Wabanaki people have been protecting their homelands – where UMF resides – since time immemorial, and continue to do so today. Wabanaki land-defenders and water protectors Dawn Neptune-Adams, Maria Girouard, Mali Obomsawin and Lokotah Sanborn will present on current water quality issues, waste mismanagement, land claims proceedings, and the #LandBack movement as part of UMF’s Indigenous Peoples Week activities. The speakers represent Penobscot and Abenaki communities, as well as the Wabanaki-led organizations such as Sunlight Media Collective and Bomazeen Land Trust.

This on-campus event is free and open to the public.

Please note: Face coverings are required indoors for all persons entering UMF facilities, including the Emery Community Arts Center. This policy is in effect for students, staff, faculty and visitors – regardless of vaccination status.

Dawn Neptune Adams is a member of the Penobscot Nation and a filmmaker with Sunlight Media Collective.

Her grassroots environmental activist résumé began with protecting Indigenous Sacred sites in Huntington Beach, CA in 1998 and continues in the present with Indigenous advocacy at Penobscot Tribal, local, state, and national levels.

Maria Girouard of Penobscot Nation is a historian with a particular interest and expertise in the Maine Indian Land Claims.

A longstanding community organizer, educator, and steward of the homelands, Girouard has spoken extensively on topics including Penobscot history, the Maine Indian Land Claims, food justice, and the current legal battle being waged over the Penobscots’ ancestral river.

She is a co-founder of the Sunlight Media Collective and of The Peoples’ Garden on Indian Island. She has served her tribal community in the past as an elected member of Penobscot Tribal Council and director of the Penobscot Cultural and Historic Preservation Department.

Maria holds a Master’s in History from the University of Maine and currently works as the Executive Director for the non-profit organization Wabanaki REACH.

Mali Obomsawin of Odanak Abenaki First Nation is an organizer, and educator for racial justice and Indigenous sovereignty. She serves as the Executive Director of Bomazeen Land Trust and is a member of Sunlight Media Collective and Racial Equity and Justice.

After growing up in Farmington, Maine, Mali went on to study at Berklee College of Music and Dartmouth College, where she graduated in 2018 with a B.A in Government and Comparative Literature.

Her writing has been published in the Boston Globe, Smithsonian Folklife Magazine, and National Performance Network.

She is an internationally renowned musician, having toured across the United States, Canada, and abroad in Germany and Austria with her band Lula Wiles (Smithsonian Folkways Recordings). Keep up with her work at www.maliobomsawin.com. 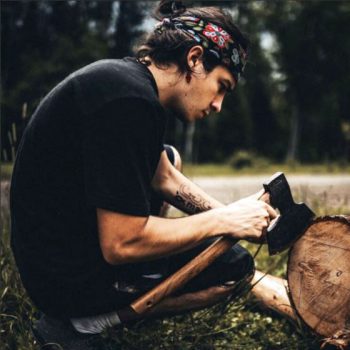 Lokotah Sanborn is a Penobscot artist and community organizer for racial and environmental justice and Indigenous sovereignty.

He is a member of Sunlight Media Collective, Needlepoint Sanctuary, Bomazeen Land Trust, Racial Equity and Justice, and several other organizations dedicated to food security and mutual aid in marginalized communities.

Lokotah will present on the #landback movement and the work of Bomazeen Land Trust across Maine and the northeast.

Decolonization. What does it mean and require of us here at the University of Maine Farmington? Associate Professor of Anthropology and Chair of Native American Programs at the University of Maine Darren J. Ranco (Penobscot Nation) will lead a campus conversation about the decolonization movement in higher education, with an eye on establishing some action steps for us here at UMF. All are welcome — students, staff, and faculty.

This on-campus event is free and open to the public.

Please note: Face coverings are required indoors for all persons entering UMF facilities, including the Emery Community Arts Center. This policy is in effect for students, staff, faculty and visitors – regardless of vaccination status.

His research focuses on the ways in which Indigenous communities in the United States resist environmental destruction by using Indigenous diplomacies and knowledges to protect cultural resources, and how state knowledge systems continue to expose Indigenous peoples to an inordinate amount of environmental risk.

Ranco is a member of the Penobscot Nation and is particularly interested in how better research relationships can be made between universities, Native and non-Native researchers, and Indigenous communities.

We would like to begin by recognizing that the University of Maine at Farmington (UMF) occupies the traditional homelands of the Abenaki people of Anmessokkanti, whose communities lived and sustained themselves along what we call the “Sandy River” for millennia until very recent times. We would like to honor them by sharing a short summary of this region’s significance to Abenaki people.

The Sandy River is a vital part of the food and kinship network extending throughout Abenaki or Wabanaki homelands. The river’s original name, Anmessokkanti, loosely translates to “land of the small fish,” being home to shad and alewives, and providing critical spawning habitat for Wild Atlantic Salmon. The plentiful fish populations here were a major food source for the Anmessokkanti and used as fertilizer for corn, beans, and squash cultivation. These crops, but corn in particular, were then shared with Wabanaki communities to the northeast whose soils and climates were less amenable to cultivation. This network was disrupted by colonialism and the industry, pollution, and river damming that accompanied it.

We acknowledge that UMF inherited its campus at the expense of the Abenaki community, after centuries of war, scalp bounty policies, and other tactics designed to extinguish the Abenaki from their own land. These events forced most Anmessokkanti to relocate to two Abenaki reservations in Quebec in 1704, called Wôlinak and Odanak. Many families descending from the Farmington area remain there today. We recognize that the dispossession and expulsion of the Abenaki from their homeland is an ongoing injustice upheld by settler colonialism. We pledge to bravely confront this painful reality.

We acknowledge that the Abenaki people of Odanak and Wôlinak descend from the original care-takers of this area, and maintain a sacred connection with it. We pledge to honor them by educating ourselves about their history and current struggles, and accepting our responsibility to correct ongoing injustice. We wish to also extend this acknowledgement to the Maliseet, Miꞌkmaq, Penobscot and Passamaquoddy nations who, with the Abenaki, make up the Wabanaki people.

We recognize and affirm the sovereignty of the Native nations in this territory and beyond. We recognize that sovereignty means the ability to self-govern, and to govern over one’s homelands. We understand that this statement has real implications, and that decolonization is not a metaphor.

We pledge to continue our collaboration with Wabanaki people to further decolonize spaces and to transform UMF into a place that honors Wabanaki and other Indigenous peoples. We acknowledge that this is an ongoing process in which the University of Maine at Farmington promises to partake, in partnership the many Indigenous individuals who have contributed to this important cause.

Top of page featured photo by Nolan Altvater of Passamaquoddy