FARMINGTON, ME  (February 19, 2020)—Shakespeare’s Romeo and Juliet comes to life on the University of Maine at Farmington stage as Theatre UMF’s major theatre production for spring 2020. Performances will be held on campus in the UMF Alumni Theater at 7:30 p.m., Thursday–Saturday, March 5, 6 and 7, and at 2 p.m., Sunday, March 8. 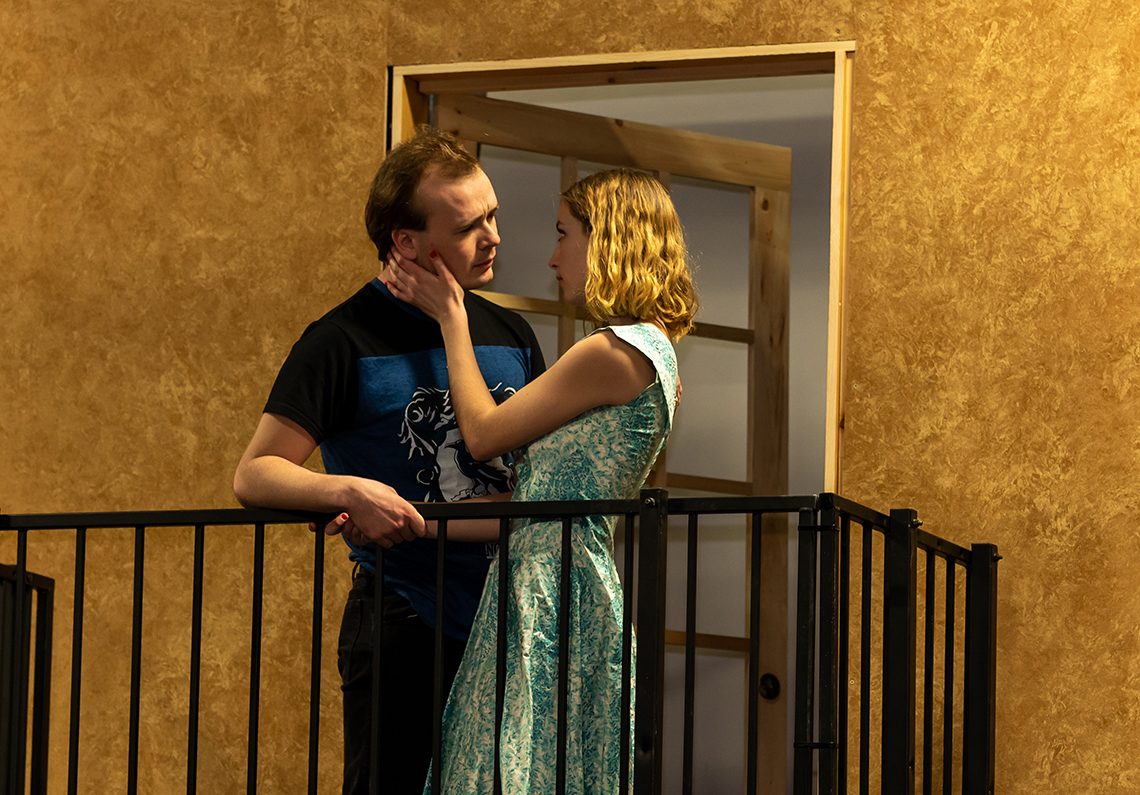 Directed by award-winning playwright Jayne Decker, the classical Shakespearean tragedy will be performed in its original text, while set in a present-day environment, highlighting the timeless story of two star-crossed lovers in the midst of conflict without cause. “One of Shakespeare’s more well-known plays, the themes will speak to a modern audience,” said Decker.

The production is a huge commitment on everyone’s part with an impressive cast of 24, including students, faculty, staff and community members, according to Decker.

“In addition to their regular academics and work commitments, student actors from across campus are coming to five or six rehearsals a week along with music and choreography practice. The actors have embraced a performance discipline that is as challenging as it is rewarding,” she said.

Senior Hailey Craig dedicated herself to an independent study in mask design to provide the performance with an array of skillfully created classical masks.

“Composing for a theatre performance was a first for me,” said Houston. “I would bring my completed score to rehearsal and then adapt and compose on the spot to put the music in sync with the performance. It was a wonderful experience.”

She has also presented workshop productions of her original plays “Good Medicine;” “Stars Falling,” winner of the 2002 Maine Playwriting Award; “Jelly Moonshine;” and “Songbird,” a touring play about the Iraq War. “Cracked Shells,” an original play by Decker about domestic violence, was commissioned by Franklin County Network’s Peace in Our Families and was featured again at the 2009 Maine Women’s Studies Conference.

Admission for the performance is $8 for adults, $7 for seniors and students 18 and under, and $5 for UMF students with I.D. Tickets are available at the time of the performance and can be reserved by calling the Theatre UMF box office at (207) 778-7465.

This Theatre UMF production is sponsored by the UMF Division of the Arts.

The clock’s running. Confirm your spot for Fall 2020 NOW!