The Peace Scholarship is an agreement between Maine and Ireland for a student exchange at the university level.  UMF students will study at the University College Cork in Cork,  Ireland.  The first George J. Mitchell Peace Scholarship exchanges took place during the 1999-2000 academic year.

The University College Cork (UCC), built around a beautiful stone-faced quadrangle, was founded in 1845, making it one of the oldest universities in Ireland. The university has four colleges: Medicine and Health; Business and Law; Science, Engineering, and Food Science; and Arts, Celtic Studies, and Social Sciences. Over 17,500 undergraduate and postgraduate students take courses in more than 60 different departments. The campus is a combination of early and modern architecture located in a wooded riverside setting close to the city center. The university is a constituent of the National University of Ireland and strongly emphasizes research while maintaining close connections with industry and the local community. University College Cork has been selected as Ireland’s University of the Year by The Sunday Times. The award, for the third time, follows on the heels of UCC becoming the only Irish university to achieve the unique status of Ireland’s first five-star university and improving its position in the QS World University Rankings. 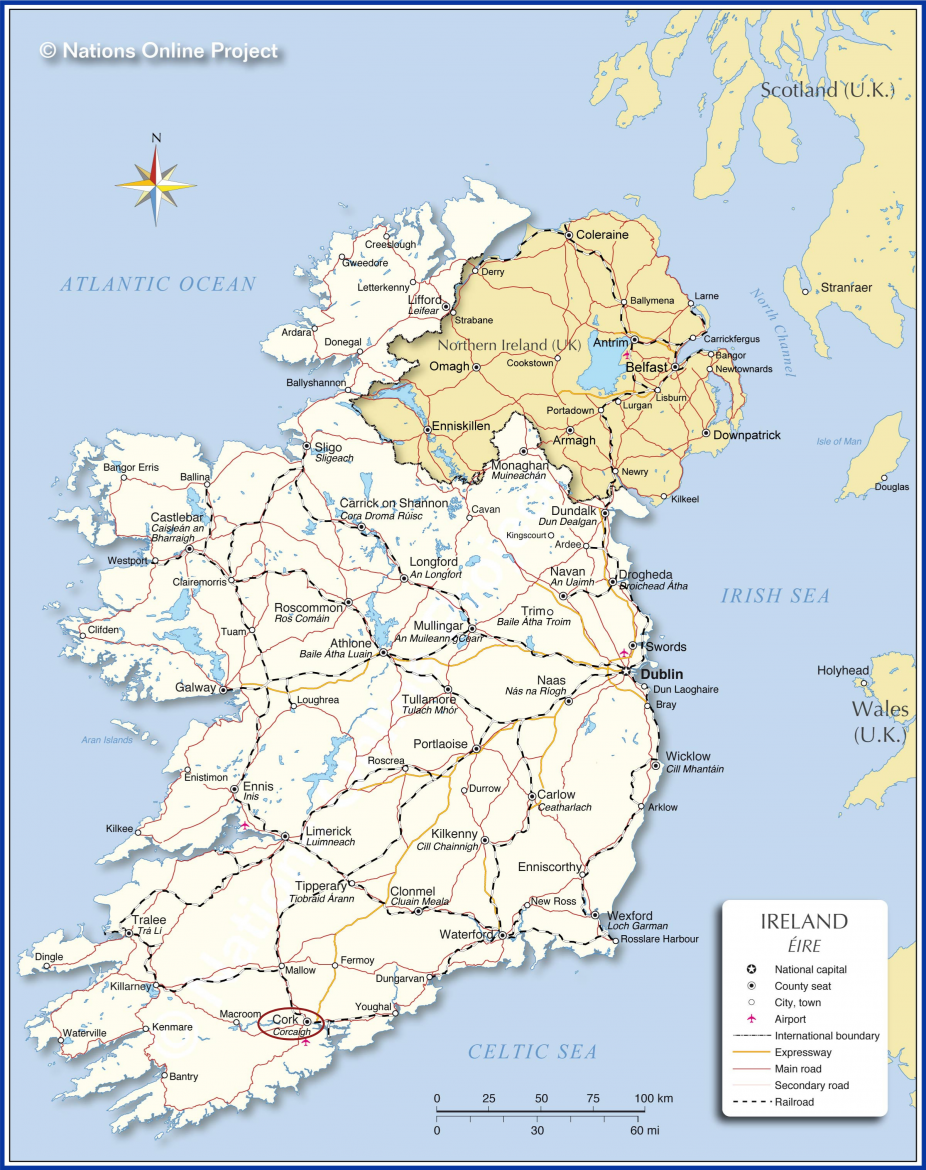 Ireland is an island politically divided into two parts: the sovereign Republic of Ireland and Northern Ireland of the United Kingdom. The “Emerald Isle” earns its name from its lush green landscape and mild, changing climate. From coastal mountains to inner plains, to rocky shores, Ireland’s rich landscape can only be described as picturesque. Ireland has a rich cultural history dating back from the ice age to the Stone Age, to the Bronze Age, the Iron Age, and so on. If history is not your area of interest, there are always sports. Hurling and football remain the most popular sports among the Irish and fans take their championship games very seriously. Irish poetry is still very popular and dates back to the 6th century. If you are up for an Irish jig, folk music and dance are a widely spread tradition around the island. From castles to abbeys, to cliffs overlooking the Celtic sea, to rowdy rugby fans and musicians of all sorts, Ireland offers the best of all worlds and will be an experience not soon forgotten.

Cork, the second-largest city in Ireland, is located on the south coast of the island. The city is a busy seaport and the home of a large number of industries including electronics, pharmaceuticals, brewing, and food processing. Named the European Capital of Culture in 2005, the city was praised by Lonely Planet as one of the top 10 cities in the world to visit; the city boasts international arts, film, and jazz festivals, lively performing arts, and a growing artisanal culinary culture of cafes, restaurants, markets, and boutiques. Cork is situated at the head of the inlet of Cork Harbor with the sea just to the south, mountains, hills, and river valleys to the north and east, and the well-known Lakes of Killarney a couple of hours to the west.

UCC offers a large selection of courses (called modules at UCC) across many majors. Exchange/Visiting students have access to a special set of modules designed specifically for them, and can also request access to the regular modules if they meet the prerequisites and there is availability.  Browse available courses in the Book of Modules for Visiting Students

Students should pay close attention to the semester designation of courses, and avoid full-year courses that continue from semester 1-2.

UMF Students must enroll in a minimum of 12 UMF credits equivalence per semester, with maximum enrollment of 15 credits.

NOTE: The spring semester calendar may not allow for final semester Seniors to participate in UMF Commencement. This would be determined by the final assessment requirements of the courses (modules) selected.

Students who are awarded the scholarship will be responsible for:

Accommodation is available for visiting students in campus housing at Victoria Lodge. Public transportation is available outside apartment complexes to and from the city center. The apartments include WiFi, TV, and a fully furnished living area and kitchen. The living space is shared, with 3 to 6 attached bedrooms, occupied by other international and local students.

More about Accommodations and Victoria Lodge 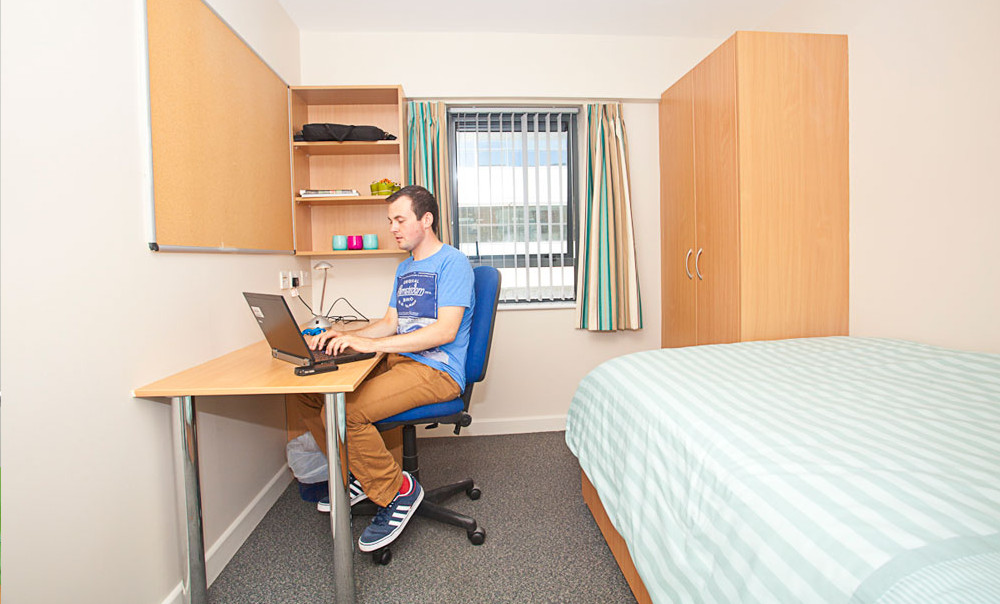 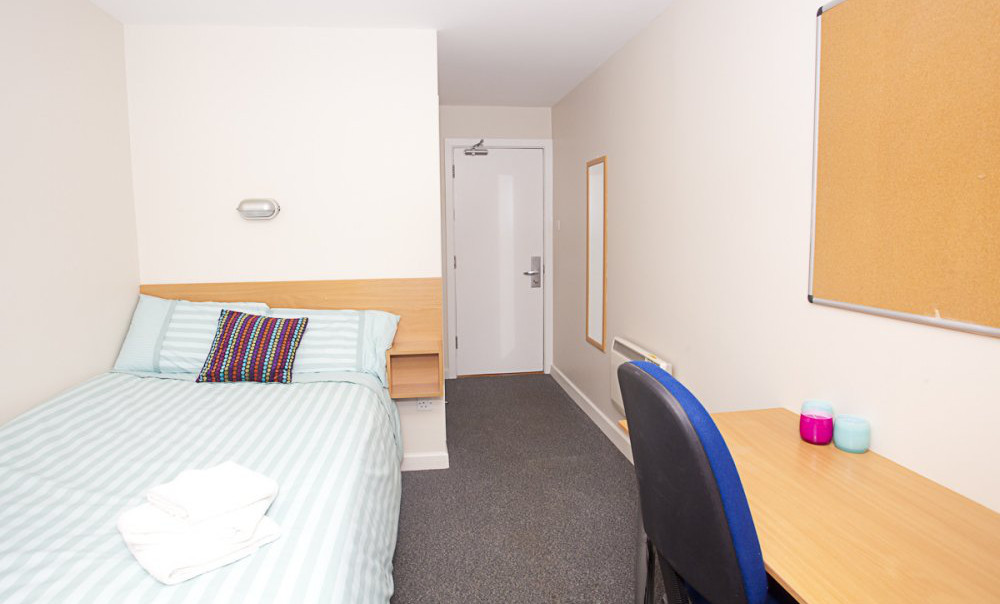 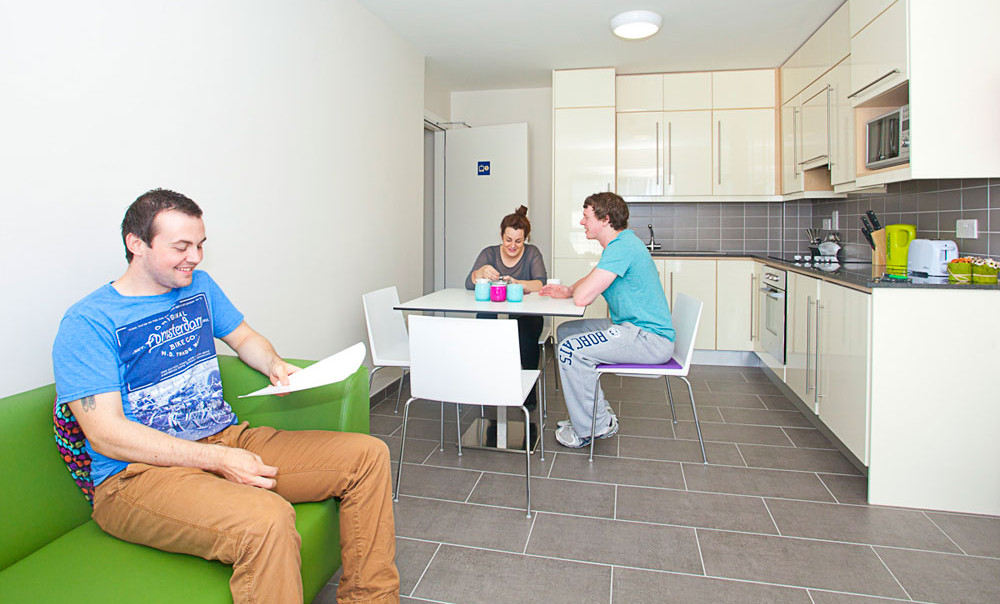 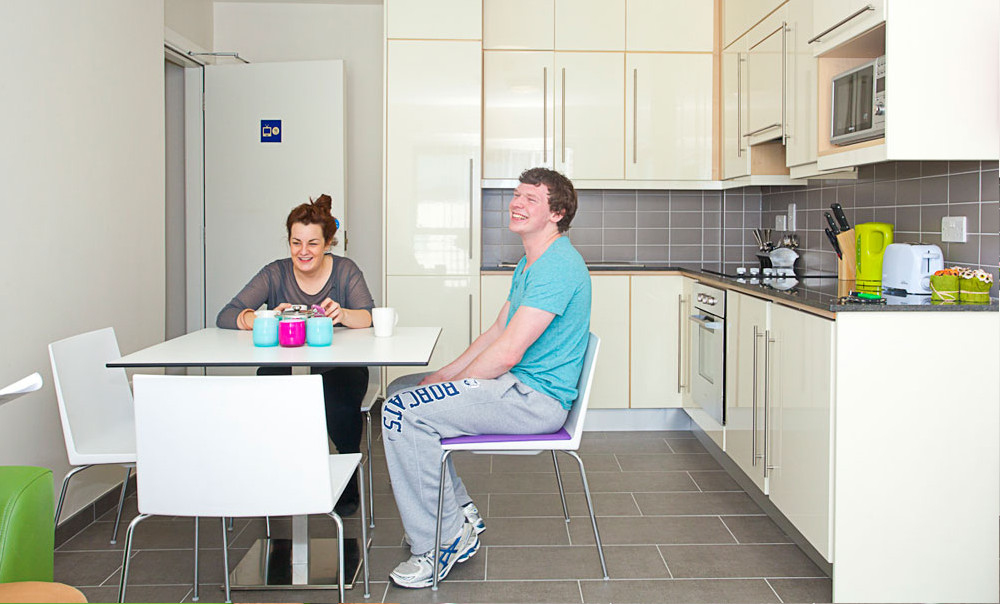 Scholarship recipients will participate in the exchange at the University College Cork (UCC) within one year after receiving the award.

Applications for participation in AY2022-2023 will be Due February 20, 2022
Selection of Scholarship Recipients in March/April 2022

Apply Now Button will be active when scholarship application period is open.