When it does more than feed garden fantasies with stories of heritage seeds alongside engravings from old seed catalogs and horticultural books.

When it is a work of political activism, raising its readers’ awareness of the impact multinational corporations are having on the genetic diversity of food crops—a diversity needed in these times of climate change.

When it’s the Fedco Seed Catalog—the next featured work for the New Commons Project.

Started in the fall of 2018, UMF’s New Commons Project is building a contemporary cultural commons of 24 works of art, literature and ideas submitted by members of the Maine community. Events are free and open to the public.

Fedco is a worker-consumer cooperative founded 40 years ago by C.R. Lawn in Clinton, Maine. It has grown from a packer of seeds to a nationally-known advocate for the seed commons. Additionally, it is a supporter of independent farmer-breeders and pledges not to sell genetically-engineered seeds.

As one of the catalog’s editors recently noted, “We give our readers things to think about.”

The New Commons Film Series: SEED: THE UNTOLD STORY (with Will Bonsall)
The New Commons Film Series presents SEED: THE UNTOLD STORY, a 2016 award-winning documentary that explores the pressing seed issues of the day, from the loss of global seed diversity to biotech patents and the corporate take-over of seed. Will Bonsall, locally grown, nationally known seed saver, activist and author, who appears in the film, will be present to answers questions following the film.
Thursday, March 14, 7 p.m., UMF Emery Community Arts Center 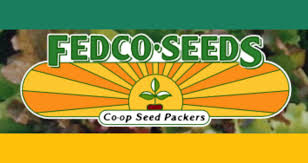 Exhibit of the FEDCO SEED CATALOG (Farmington)
The FEDCO SEED CATALOG, which began as a price list in 1978 and morphed into a work of political, social and agricultural commentary with a dash of humor and graphics, will be on view March 15-June 12 at UMF’s Mantor Library as part of the Shiretown Booker’s exhibit “Paradise: The Literature of Gardening.”
An opening reception for the exhibit will be held in Shiretown Booker’s Hall at 3:30 pm on March 15.
March 15-Jun 12, UMF Mantor Library

Workshop with Laressa Dickey, “Diligence, Devotion, Common(s)ense: Shopping for Poems in the Fedco Seed Catalog”
Many chart the year by the annual dreaming we do while thumbing through a seed catalog. Thoughts and inklings of herbs, vegetables, fruits become places that are walked off, plotted out, tilled, worked over and seeded with what we wish to…
Monday, March 25, 11:45 a.m., Rm. 23, UMF Merrill Hall

Laressa Dickey, “From the Association of Stubborn Folks: All them pretty houses won’t feed them people”
How do we make a life in a place? How do we become of that place? How, when we leave that place, can it be that it never lets us leave? What is the mark it makes? How do we come to terms with …
Tuesday, March 26, 7 p.m., Farmington Public Library

C.R. Lawn, the founder of Fedco Seeds, will tell how its graphic-laden, horticulturally-rich, liberated literacy offered tools to combat the corporate takeover of the seed industry, restore the seed commons and teach others how to rein in out-of-control privatization and uber-marketed corporate capitalism run amok.
Wednesday, March 27, 11:45a.m.-1p.m.,UMF Emery Community Arts Center

Meet the Energy Behind FEDCO Seeds
What does it take to run a $5 million consumer-worker cooperative, filling more than 40,000 orders a year of everything from seeds to trees? Talk with workers who own this 40-year-old business and watch them in action. Limited to 12. Register at goldleaf@maine.edu or call 778-7063. You need not be a member of Gold Leaf. Carpool from UMF available.
Friday, March 29, 10a.m.-12p.m., FEDCO Seeds, 688 Bellsqueeze Road Clinton, ME

To learn more about the New Commons Project, or to submit a nomination for the next round of selections to be announced in 2019, Visit the website at: https://newcommonsproject.org/