FARMINGTON, ME  (July 12, 2022)—The University of Maine at Farmington is pleased to announce that after a national search, Jamie Beaudoin, long time UMF coach, has been named the next UMF Athletics Director. He started the position on June 3, 2022, and succeeds long time athletics director Julie Davis. 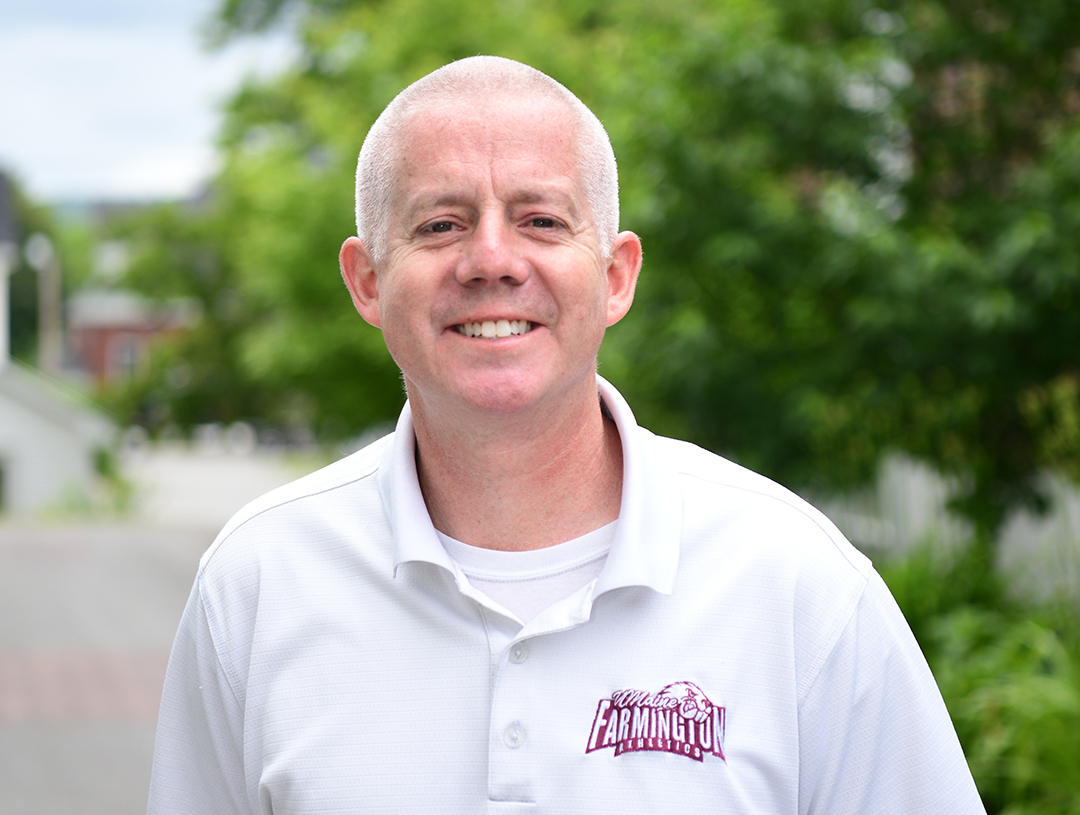 He will also lead the creation and hosting of more than 100 conference and non-conference competitive events schedules and assure practice, training and sports medicine facilities for all varsity programs.

“During the national search, Jamie illustrated what he has provided our student athletes through expert coaching, dedicated mentoring and professional leadership during his long career at UMF. He also demonstrated insightful and creative ideas for building on UMF’s strong history of athletic success and campus and community impact. We are fortunate that he will be serving in this key role at UMF as we continue our commitment to campus wellness and Division III athletics and work to implement our new strategic plan,” said Christine Wilson, vice president for student affairs and enrollment management.

Beaudoin has had a long career as a coach and athletics administrator. His career at Farmington started in 1998 when he first worked as the assistant men’s basketball coach and associate men’s soccer coach.

Beaudoin also coached men’s soccer for the Beavers from 2001 to 2007. Farmington enjoyed back-to-back conference titles in 2001 and 2002 under Beaudoin’s tutelage, and he was named the NAC Men’s Soccer Coach of the Year in 2003 and 2006.

Beaudoin is a graduate of the UMF class of 1997, when he earned a bachelor’s degree in Elementary Education. He earned a master’s degree in Educational Leadership from the University of Maine.

“During my time with the UMF Athletics department, I have had the opportunity to connect and build trust with student athletes, recruits and their families, department staff, alumni and members of the campus and Farmington communities. I take great pride in my time at Farmington and look forward to continuing to build on our successes and provide a first-class, student athletic experience for our students,” said Jamie Beaudoin, UMF athletics director.