FARMINGTON, ME  (January 24, 2023)—Dr. Andrew Barton, professor of biology at the University of Maine at Farmington, and a team of five other forest scientists recently received a $597,000 grant from NASA to further investigate whether thinning in Arizona ponderosa pine forest increases water supplies for wild ecosystems and human communities alike. 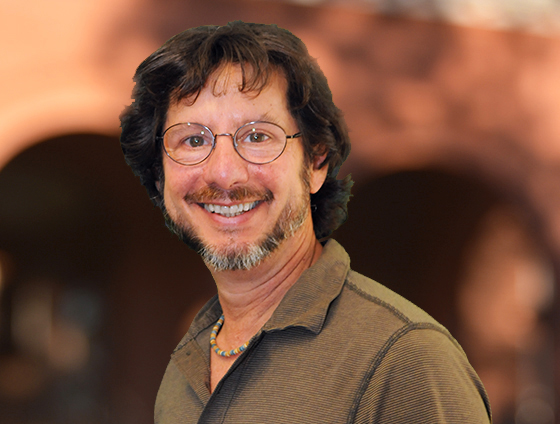 The ponderosa pine forests in the western United States have been greatly altered by 20th century fire suppression policies leading to dense stands of trees vulnerable to wildfires. At the same time, fossil fuel burning has led to warmer and drier conditions. This mix has led to catastrophic wildfires and severe drought.

The goal of the NASA-funded grant is to first document the impact of thinning on local forest stands and then to employ space instruments to extrapolate to the entire state. A major goal of the project is to assess the capacity of the Space Station’s ECOSTRESS thermal radiometer, a NASA project that started in 2018, to quantify drought severity across large swaths of the landscape.

In describing the new project, Dr. Barton remarked that, “Drought and wildfire are causing widespread death of trees in western forests and serious impacts on human communities. I’m very excited that our project has the potential to demonstrate how we might make these forests more resilient to these impacts. Thinning is not an appropriate climate solution for all forests, but in ponderosa pine forests, it might just be a route to helping protect this precious resource.”

Andrew Barton is a forest and fire ecologist, science writer, and professor of biology. His current research focuses on the response of forests and endangered plants to changing climate and wildfire in the Southwest. Drew is the author of the award-winning book, “The Changing Nature of the Maine Woods,” and co-editor of “Ecology and Recovery of Old-growth Forests in Eastern North America.” He has worked for many years with Maine environmental groups, including the UMF Sustainable Campus Coalition, Mt. Blue-Tumbledown Conservation Alliance, a working group with the Maine Climate Council and the science advisory board for Maine’s Ecological Reserve System. At UMF, he greatly enjoys teaching courses about ecology, conservation, and forests as well as a travel course to Costa Rica.