Professor Nye has worked as a graphic designer but has also maintained a studio art practice for the last 20 years. She has exhibited and screened her work in the United States as well as in Europe. She is most interested with telling stories of conflicting human desires, best intentions, beauty and futility. She uses humor, pathos and the history of image to connect to ideas that cannot be accurately described with words. She is influenced by graphic design, film, animation, music, literature and the history of art–but also by the people she meets, the neighborhoods she has lived in and the headlines she reads. 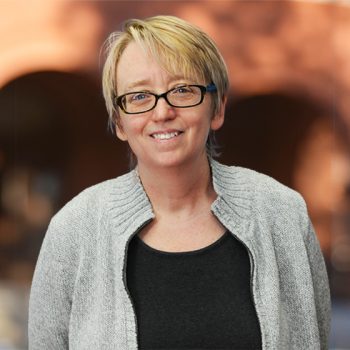