Jayne Decker teaches Contemporary American Theatre, Commedia dell’arte and Social and Political Theatre. An award-winning playwright and director, Jayne often chooses plays with a strong social and political context.  One of her scripts, Cracked Shells, a play about domestic violence, was commissioned by Franklin County’s Peace in our Families and was featured at the 2009 Maine Women’s Studies Conference.  Three of her latest plays, Songbird, Good Medicine and Bridge, a play dedicated to the memory of Charlie Howard, were developed in workshop productions at UMF.  Her production of Bruce Graham’s Coyote on a Fence was a finalist for the Moss Hart Memorial Award at the New England Theatre Conference in 2012. 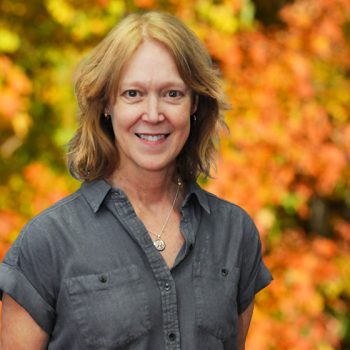