Title
Chair of the Division of the Arts and Associate Professor of Art
E-mail
jesse.potts@maine.edu
Bio

Jesse Potts was born in Harrisburg, PA, but has also called NY, MT, VT, VA, MI and ME home. His sculpture and installations combine constructed and found objects, printed image, video, light, performance and sound.  Kinetic and interactive components within the work link time-based functions to action and outcome.  The work itself exists as the residual matter of a meditation on the relationship between time, sensory perception, culture and mortality.  Jesse has been an artist in residence at the I-A-M residency, Berlin, Germany, The European Ceramic Work Centre, s’-Hertogenbosch, The Netherlands, and Cité Internationale des Arts, Paris, France. He has received grants from The Virginia Museum of Fine Arts, Vermont Arts council, The Kansas City Artist Coalition and VCU School of the Arts.  His work has been included in solo and group exhibitions both nationally and internationally and reviewed by Hyperallergic and the New York Times. 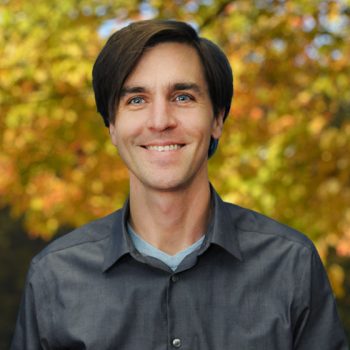