Steven Pane’s career as a pianist and conductor emerges out of his life-long interest in the interdisciplinary study and performance of music. At UMF his work often involves collaborations such as the Celestial Emporium with poet Jeff Thompson and artist Dawn Nye; Intertextuality, Bakhtin, and Ives’s Concord Sonata with Tiane Donahue; or Bach’s Goldberg Variations and Stories with author Pat O’Donnell. Most recently, Pane gave the American premier of Ana-Maria Avram’s Musique pour Mallarme, at Harvard and UMF in 2010, and shares Avram and her partner Iancu Dumitrescu’s interest in phenomenology and music. Dr. Pane has performed at universities and in major halls throughout the country including the Academy of Music in Philadelphia, Aaron Davis Hall in New York City, Davies Hall in San Francisco, and the Kennedy Center for the Performing Arts. 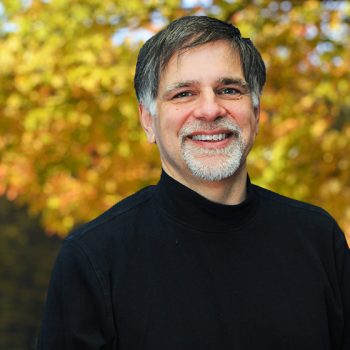