FARMINGTON, ME  (July 23, 2020)—When Rachel Hovel, assistant professor of biology, started at the University of Maine at Farmington in 2017, she was eager to find opportunities for local research projects where students could be directly involved.

She reached out to State agencies, including the Maine Department of Marine Resources, and learned of ongoing work on Atlantic salmon in the upper Sandy River watershed. These ongoing conversations led to a collaborative research project opportunity for UMF students to participate in fieldwork close to campus. Unfortunately, she didn’t know that the upcoming pandemic would put things on hold. 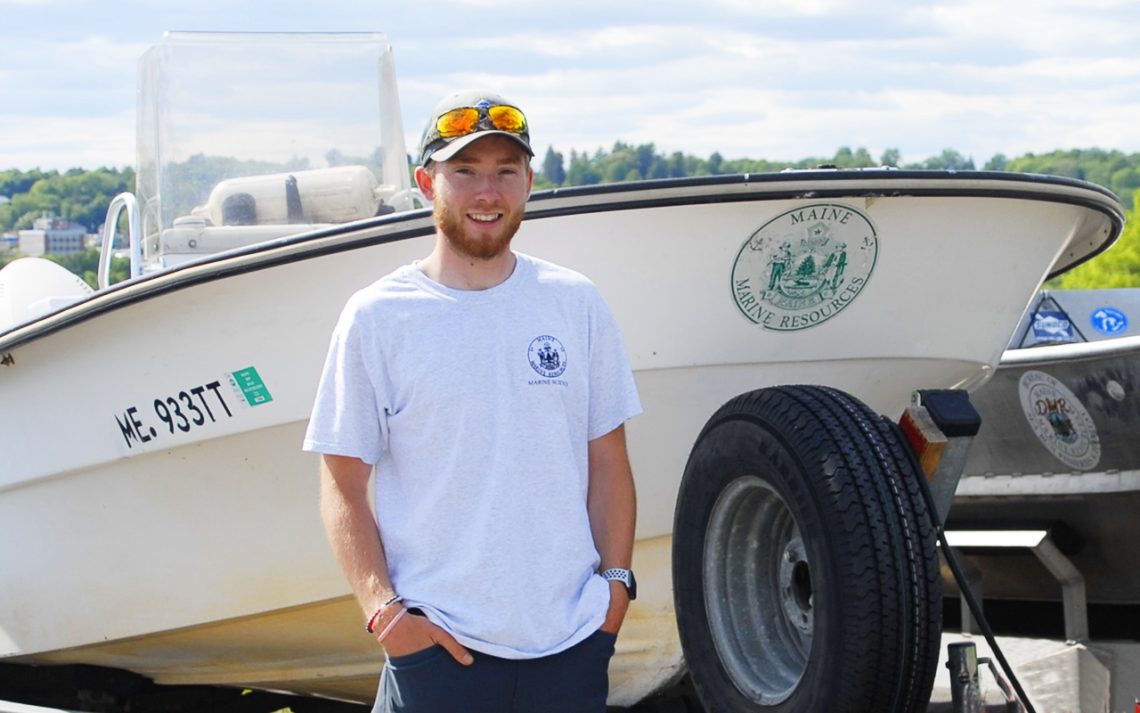 Thomas Wing, an Earth and Environmental Science graduate from the University of Maine at Farmington, at his job with the Maine Department of Marine Resources.

One of her research students, Thomas Wing of New Sharon, then a senior at UMF, was interested in participating in the project. An Earth and Environmental Science major, three-sport athlete (cross country, track and Nordic) and avid outdoorsman, he hoped to pursue his career goal of becoming a fisheries biologist.

As a student, Wing worked as a lab assistant on a number of Hovel’s research projects since the summer of 2018, including her research on fish migration patterns in the western Arctic and work, in collaboration with Professor Julia Daly, on high-elevation ponds in the western Maine mountains. 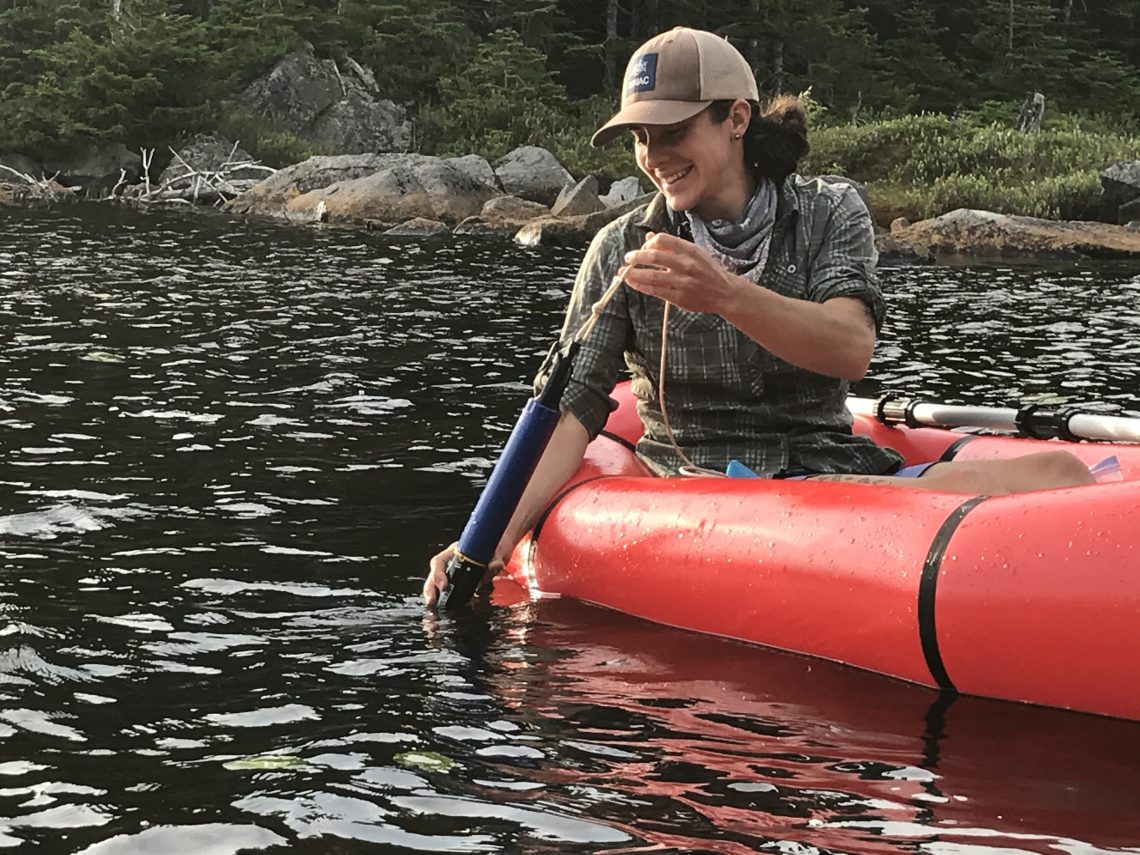 In summer 2019, he worked as a fisheries technician in Michigan, and assisted on several of Hovel’s projects, including acting as the project coordinator for sampling on Temple Stream. That sampling involved stream habitat and macroinvertebrate surveys, to collect baseline data before the dam is removed.

“One of Thomas’ most striking characteristics is his eagerness to learn,” said Hovel. He is an avid recreational fisher and knows many of the fish species and waterways. He was a standout for the research position with the DMR.”

Then the COVID-19 virus interrupted the research, as student work was transitioned to online for the semester.

“I didn’t know what to expect,” said Wing. “But, Professor Hovel has continually supported me and been my connection between my education and my career. I am very goal-oriented and knew we’d figure it out.”

Confident in Wing’s abilities in swift water habitats, Hovel was able to connect him with Noll for a fall volunteer position. The project took him on the upper Sandy River watershed planting salmon eggs in streams and surveying for salmon redds, the gravel nests the fish construct on river bottoms for spawning.

Internships and volunteer positions are a key professional development experience that can demonstrate a person’s capabilities and commitment to their career goals. In spring 2020, Wing was hired as a contract worker for the DMR where he is currently stocking river herring and will be maintaining fishways and tagging and taking bio-samples into the fall.

According to Wing, the DMR restocks River Herring and, in smaller quantities, American Shad. Each truckload of fish contains 1,500 herring that are counted out at the dam and then released at several locations. They stock both lakes and upper river reaches to get the fish around the dams so that they can spawn upstream in freshwater and then retreat downstream to the ocean. The goal is to keep this historic run going manually while waiting for fishways to allow for natural passage.

“When I first came to UMF, I couldn’t have predicted I would be well on my way in a profession I am passionate about. Farmington and Professor Hovel made my transition easy from student, to volunteer, to intern, to career,” said Wing. “I wanted a first-class science education at a right-sized college that offered great faculty mentoring and hands-on experience. I got that and more.”

In the future, he is interested in continuing his education and working in Maine or for U.S. Fish and Wildlife.

Link to YouTube video:  https://youtu.be/GlttLXfiQi4
Video content: University of Maine at Farmington graduate Thomas Wing helps the Maine Department of Natural Resources to restock River Herring in several locations around the state. The goal is to keep this historic run going manually while waiting for fishways to allow for natural passage.
Video Credit: Submitted video

Link to image on WordPress: https://www.umf.maine.edu/wp-content/uploads/sites/1/2020/07/RP190-074A.jpg
Photo Caption: Thomas Wing, an Earth and Environmental Science graduate from the University of Maine at Farmington, at his job with the Maine Department of Marine Resources.
Photo Credit: UMF Image