Seven members of the Class of 2023 launch their UMF careers by participating in an innovative advising, mentoring, and career-exploration program

When Board of Visitors member Michael J. Bell ’86 committed $50,000 to UMF to establish the Bell Scholars Program, he envisioned the creation of a distinctive advising program that would provide select students with a “road map for success.”

In late June, with the arrival of the inaugural cohort of seven Bell Scholars, Bell’s vision came to life. 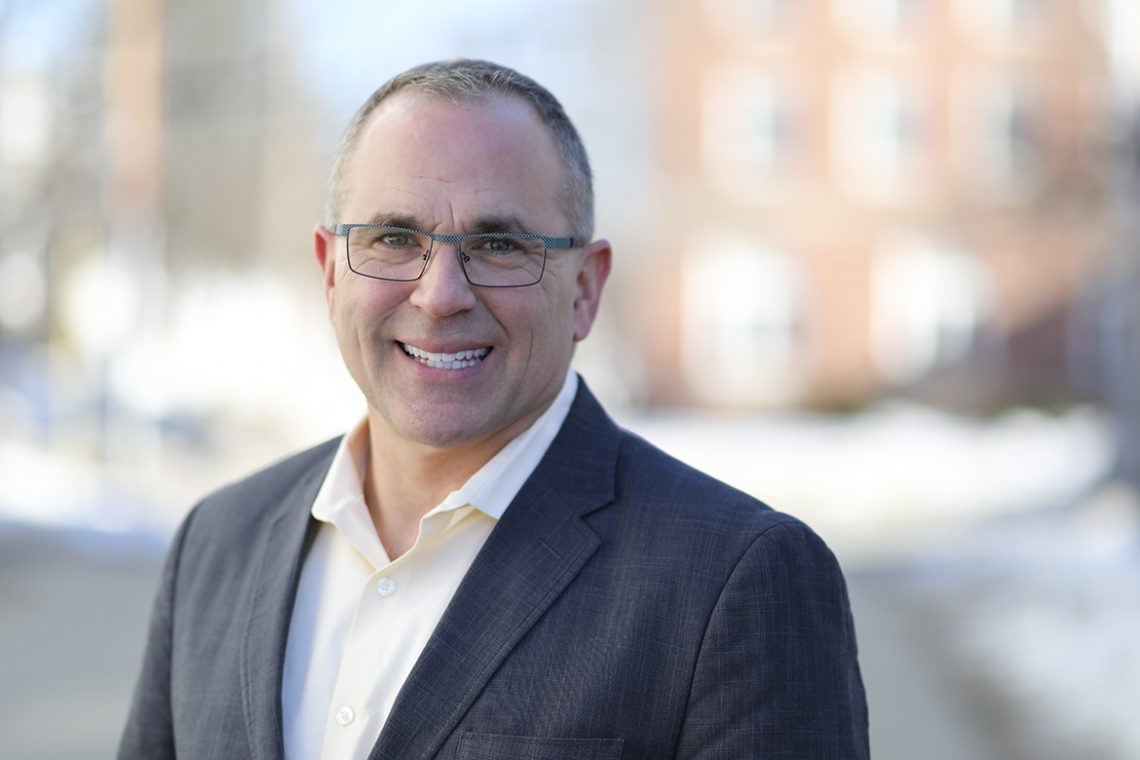 “I’m excited about the opportunities that lie ahead for these students and look forward to helping them chart their course at UMF as an alumni mentor,” says Bell. “I wish them all the best and cannot wait to learn about their progress.” (Photo by Marc Glass.)

As this first cohort of Bell Scholars will be invited to serve as peer advisors to next year’s cohort, McShane says demonstrated leadership activities in high school as well as high academic achievement featured prominently in the program’s selection criteria. After spending a week with them on campus in June, McShane says this year’s Bell Scholars fit the bill.

“Serving as their program instructor this summer has been truly rewarding,” says McShane. “Each Bell Scholar brings diverse and compelling experiences and perspectives to UMF. I’m pleased to have the opportunity to work closely with them as they transition to the University and begin their journey of academic and career exploration.” 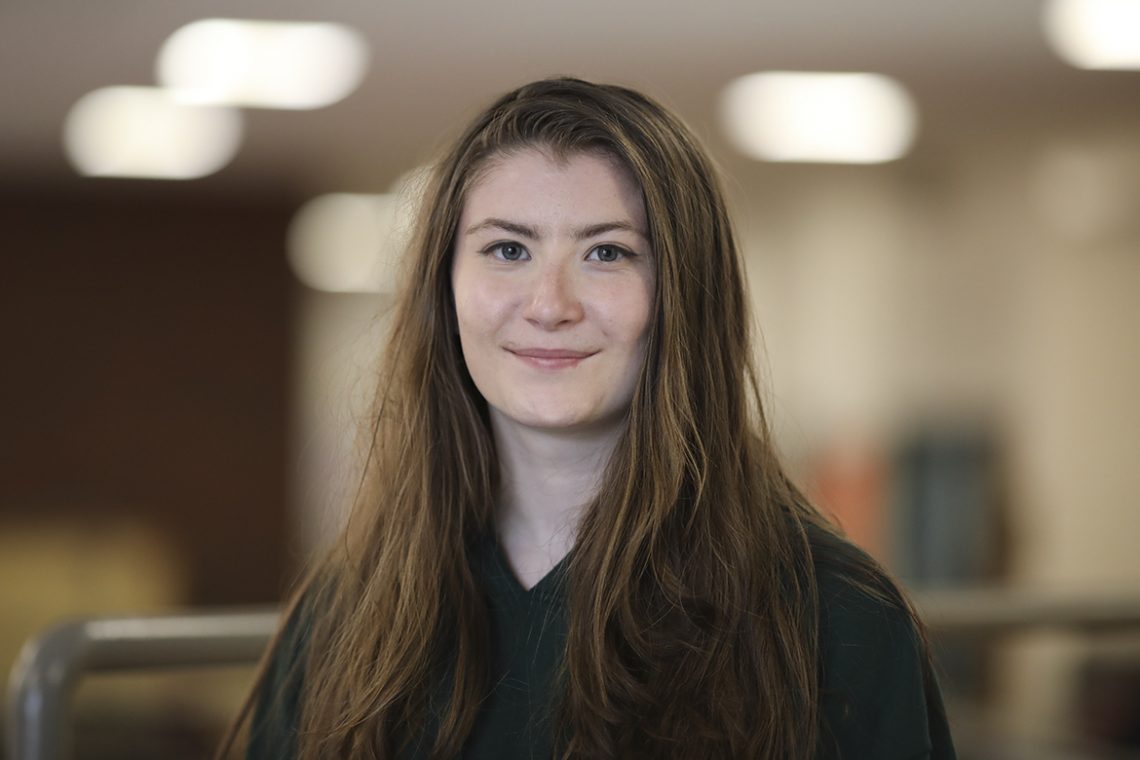 Lauren Bearor of Buxton, Maine, was a member of the National Honor Society, varsity track team, the Academic Decathlon, and Language Honors Society at Bonny Eagle High School. A Girls State participant, Bearor is potentially interested in the University’s 3+3 Accelerated Pre-Law program, designed to allow students to earn both a bachelor’s degree at UMF and a law degree from the University of Maine School of Law in six years instead of seven. 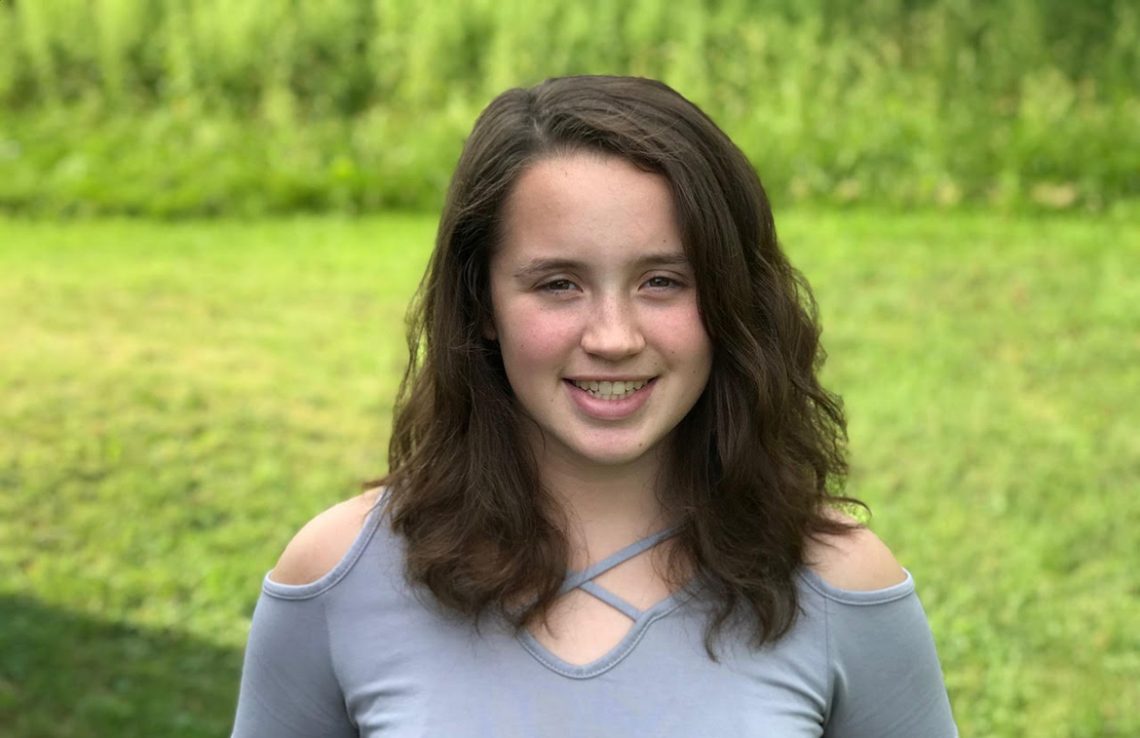 Emily Cetin of Barre, Vt., is a former member of a U.S. luge team. At Spaulding High School, she captained the varsity softball team and was a member of Student Council, Key Club and the Haunters Guild. A legacy student at UMF, her mother is a 1995 alumna. 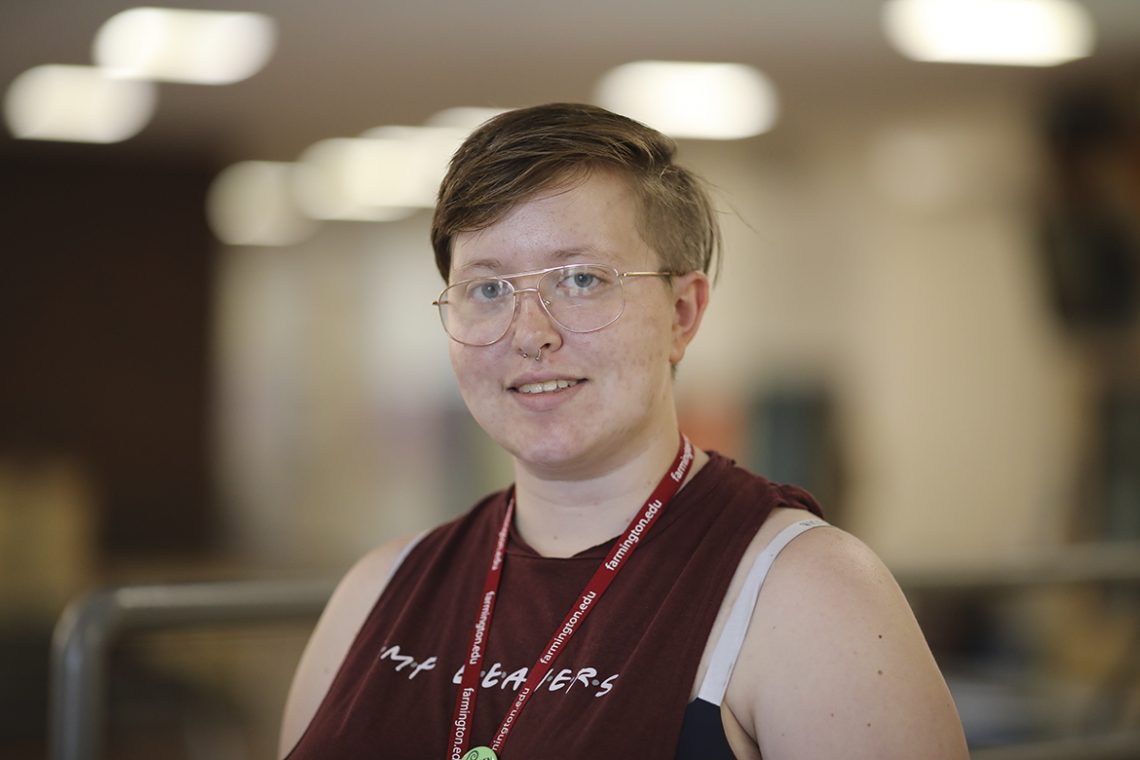 Bella Falcetti of Milford, N.H., was a member of the varsity swim team at Milford High School as well as the school’s Best Buddies program and Young Democrats Club. Outside of school, Falcetti participated in her local Girl Scouts of America troop. An active change agent in Milford, Falcetti also volunteered with an organization that serves people with special needs. 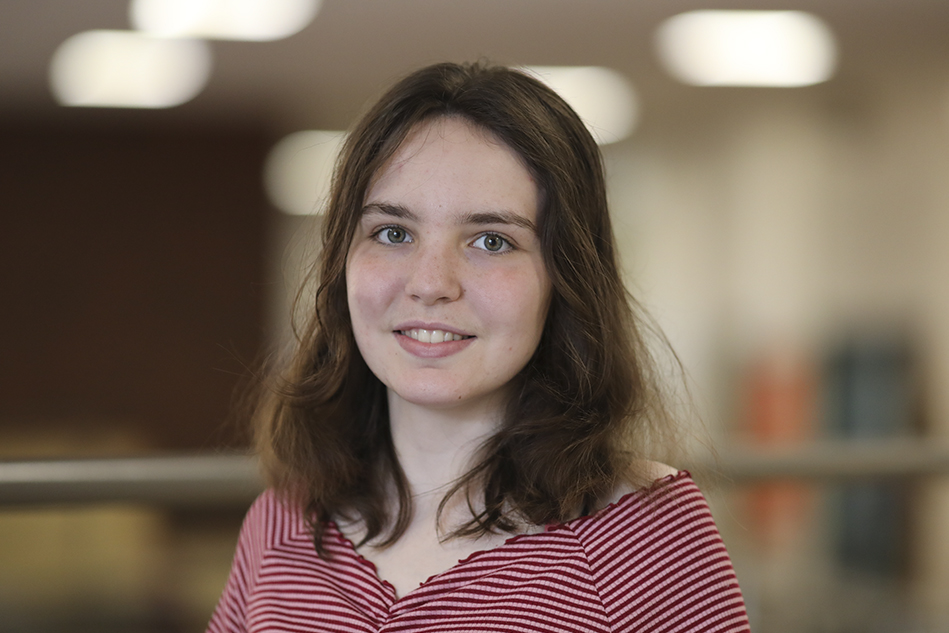 Anna Good of Steep Falls, Maine, graduated from the Greater Portland Christian School, where she received the Daughters of the American Revolution Good Citizen Award and served as secretary of the school’s National Honor Society chapter and president of student government. A member of the varsity basketball team and Chapel Committee, Good also served as a martial arts instructor and participated in a school-sponsored mission to Ecuador. 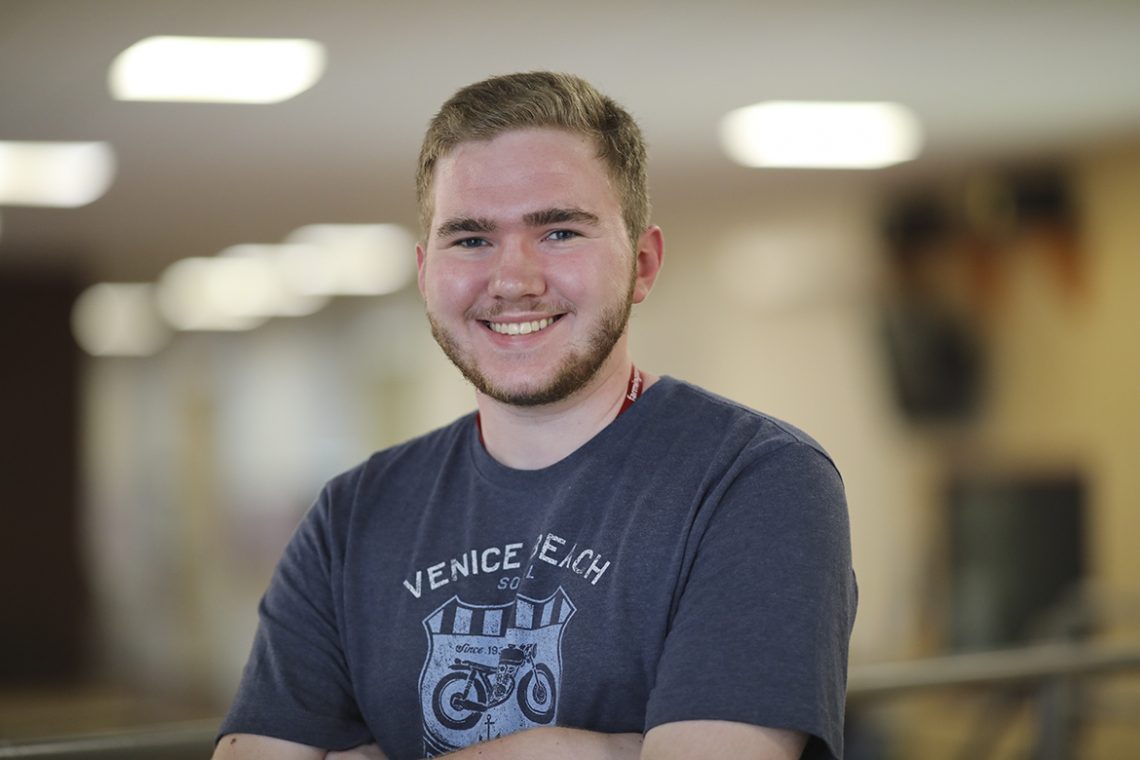 Josh Hoffman of Augusta, Maine, graduated from Maine Arts Academy, where he was a member of the National Honor Society and the yearbook staff. He also participated in the school’s chorus, Student Council, and one-act play performances. Hoffman is an Eagle Scout and has volunteered with Wreaths Across America and with his local American Legion Post, placing flags at cemeteries. A legacy student at UMF, his mother is a 1992 alumna. 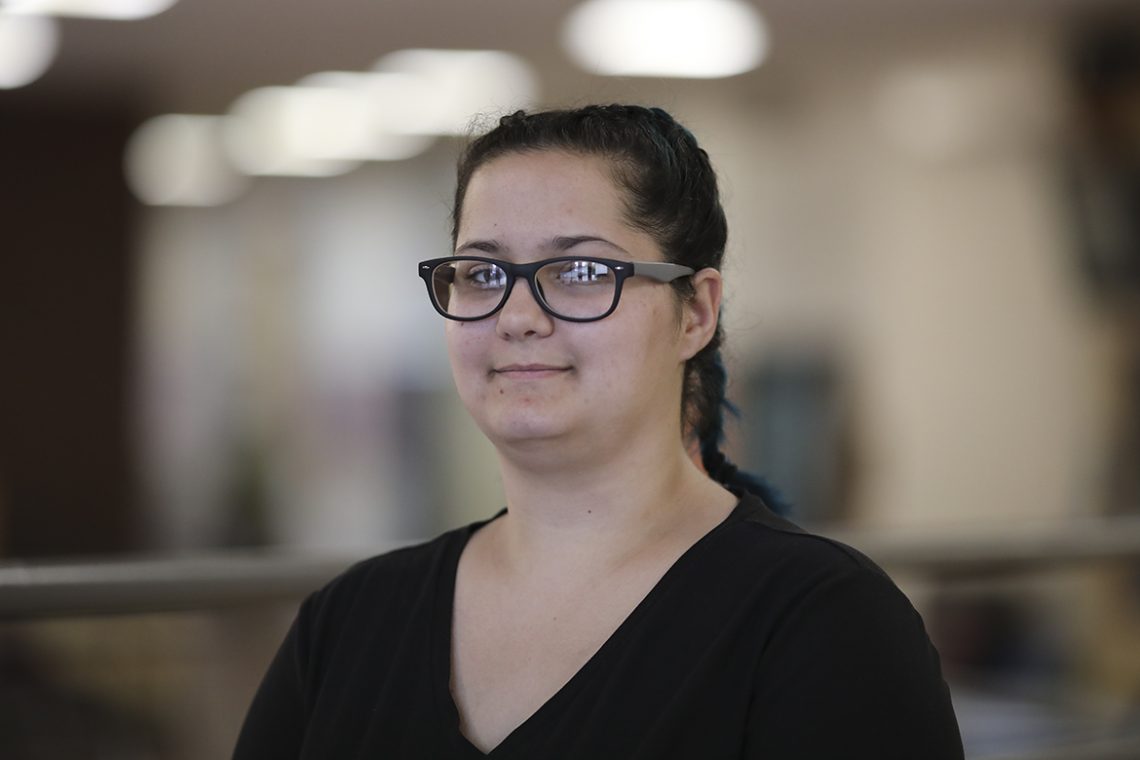 Dakotah Keenan of Limington, Maine, graduated from Bonny Eagle High School, where she was an officer in the Language Honor Society, a French scholar, and studied Chinese and Latin. 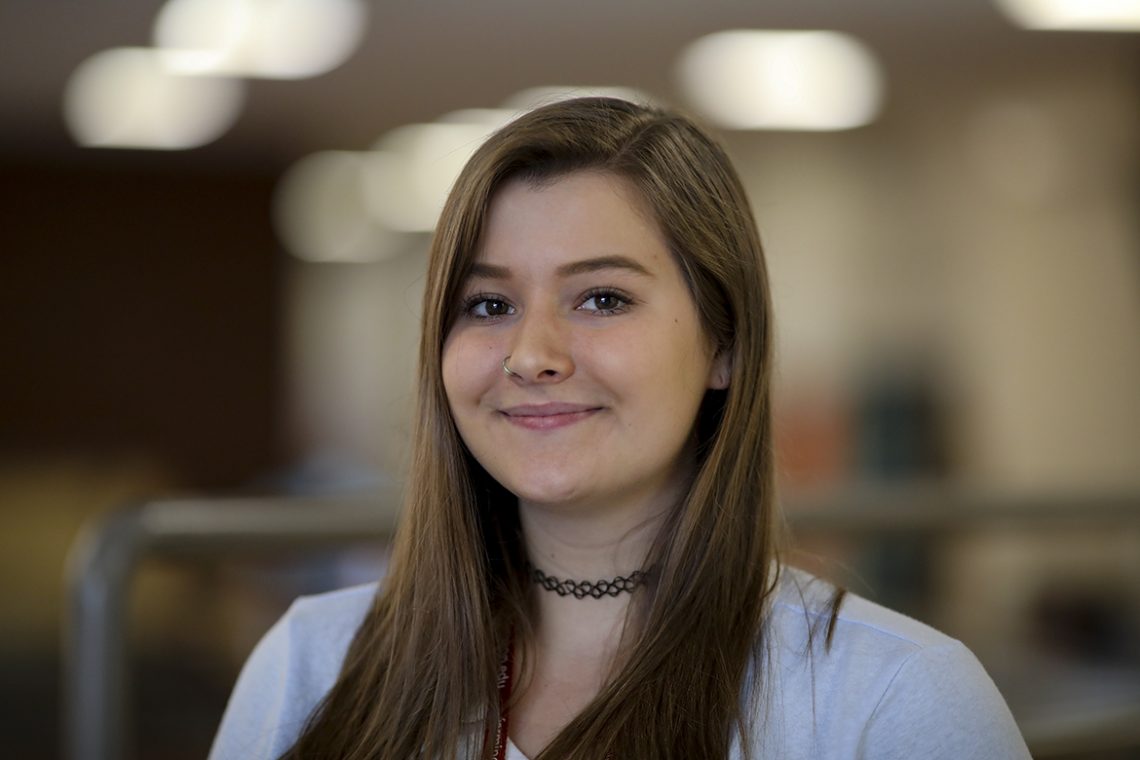 This summer the Bell Scholars are taking a mostly online three-credit UMF seminar with McShane, combining instruction and coursework that provides an orientation to college-level academic expectations with career and academic exploration activities. During the one-credit Summer Experience course in June, the Bell Scholars began the process of securing on-campus employment and made connections with the University’s many student support offices.

Pederson and McShane structured the program so that Bell Scholars will create an individualized “career ladder,” featuring experiential learning opportunities based on their major, interests, and goals. Throughout their UMF experience, Bell Scholars will build upon these career-development plans with job-exploration activities, such as informational interviews with employers and alumni, as well as internship and graduate-school advising. Each cohort will also be matched with alumni mentors who will help provide career-readiness coaching over four years at UMF.