A Gift to the Place Where It All Started

At 103, Arthur A. Webb ’35 leaves a generous legacy to support UMF students from Maine’s Washington County 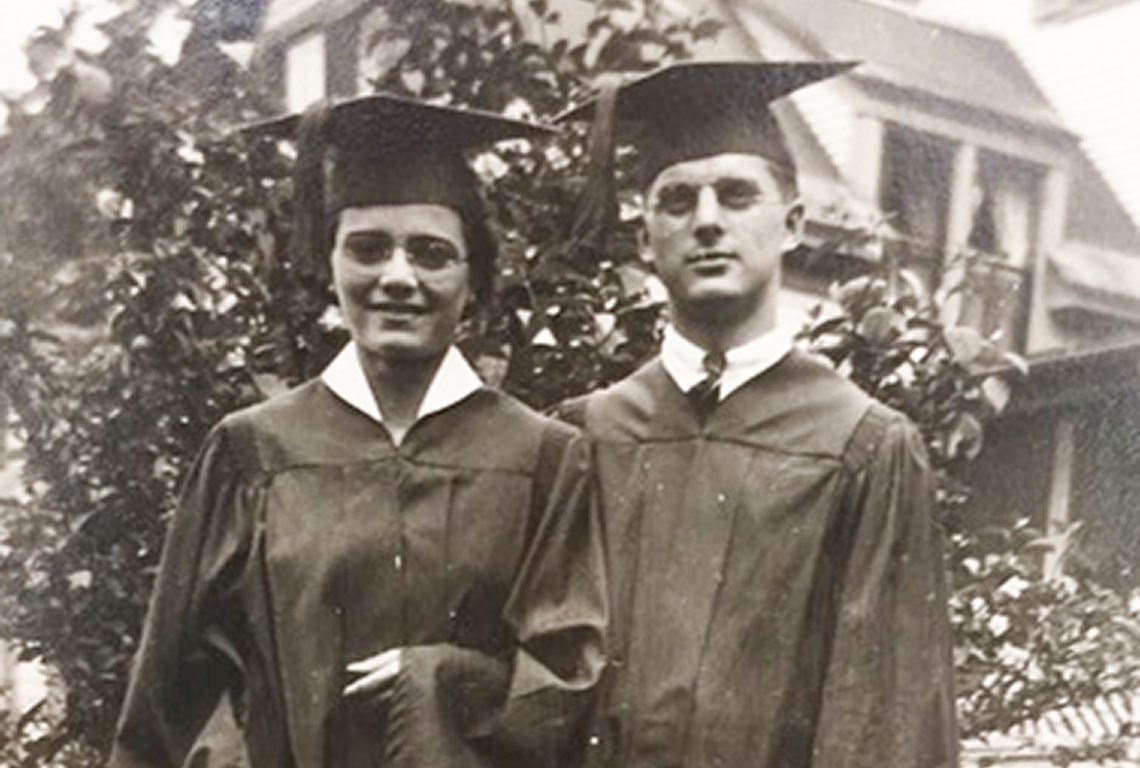 They are the picture of pride and promise. Ready to take on the world. Together.

Commencement is often considered a celebration of what is over, done, and accomplished. But for Euleta Rand Webb and Arthur A. Webb, this spring day in 1935 when they received their degrees from Farmington State Normal School was a celebration of lives just beginning.

After meeting at Farmington, where they both studied to become educators, Euleta and Arthur wed and resided in Maine for 63 years.

While Euleta steadfastly stuck to teaching throughout her working life, Arthur came and went from the classroom. In his first 21 years after college, he was a teaching high school principal in the Maine towns of Monroe and Winterport and later superintendent of schools for a district that also encompassed Frankfort, Prospect, Stockton Springs, and Searsport.

Then, perhaps seeking variety and other challenges, he spent more than a decade away from students, first managing Clements Chicks, a poultry operation in Winterport, and later assisting with the management of Union Mutual Insurance Co. in Bangor.

Arthur’s niece Barbara Johnson says it was Euleta who called him back to teaching. And she was not to be denied.

“He was very successful in business and enjoyed the variety and challenge of the career change,” says Johnson. “But the work consumed him, and Euleta recognized they didn’t have a life together when he was away from the classroom. She told him that teaching was what he went to college to do and the classroom was where he should be.”

And so for the last 14 years of his working life, he taught mathematics and science to seniors at Bucksport High School.

“His return to the classroom gave him satisfaction and gave them both a richer life,” Johnson says.

In 2003, two years after Euleta passed away and perhaps nostalgic for the place where their life together began, Arthur worked with Pat Carpenter ’82, the University’s longtime director of stewardship and planned giving, to establish the Arthur A. and Euleta Rand Webb (1935) Scholarship Fund. Since then, the interest from the fund has been awarded annually to UMF students majoring in elementary education who have financial need. At Arthur’s request, preference is given to students who hail from Washington County, where he and Euleta lived during their retirement years.

The depth of Arthur’s generosity toward his alma mater and students from his and Euleta’s beloved region of Maine wasn’t fully realized until late February of this year, when — shortly after he passed away at the age of 103 — the executor of Arthur’s estate informed the University that Arthur provided $135,000 more to the scholarship fund through a bequest.

“Perhaps through the years Arthur and Euleta lived in Washington County, they came to understand the need many of these students have and how earning a degree at UMF can transform lives,” said Milliken. “The passage of time and the recent bequest add luster to what is already a wonderful philanthropic legacy. I’m deeply grateful that Arthur had the foresight and generosity of spirit to support the University in this way.”