He lived as he worked, Mainely Outdoors

The UMF community mourns the passing of Jim Toner, the University’s longtime director of the Fitness and Recreation Center and founder of its Mainely Outdoors program

In mid-July, nearly a year after he received the diagnosis, Jim Toner lost a courageous battle with cancer.

The passing of UMF’s longtime director of the Fitness and Recreation Center and founder of its Mainely Outdoors program wasn’t unexpected. The disease had robbed Jim of the seemingly limitless strength and endurance that had once propelled him over countless miles of hiking, cross-country skiing, kayaking, and canoeing in western Maine. 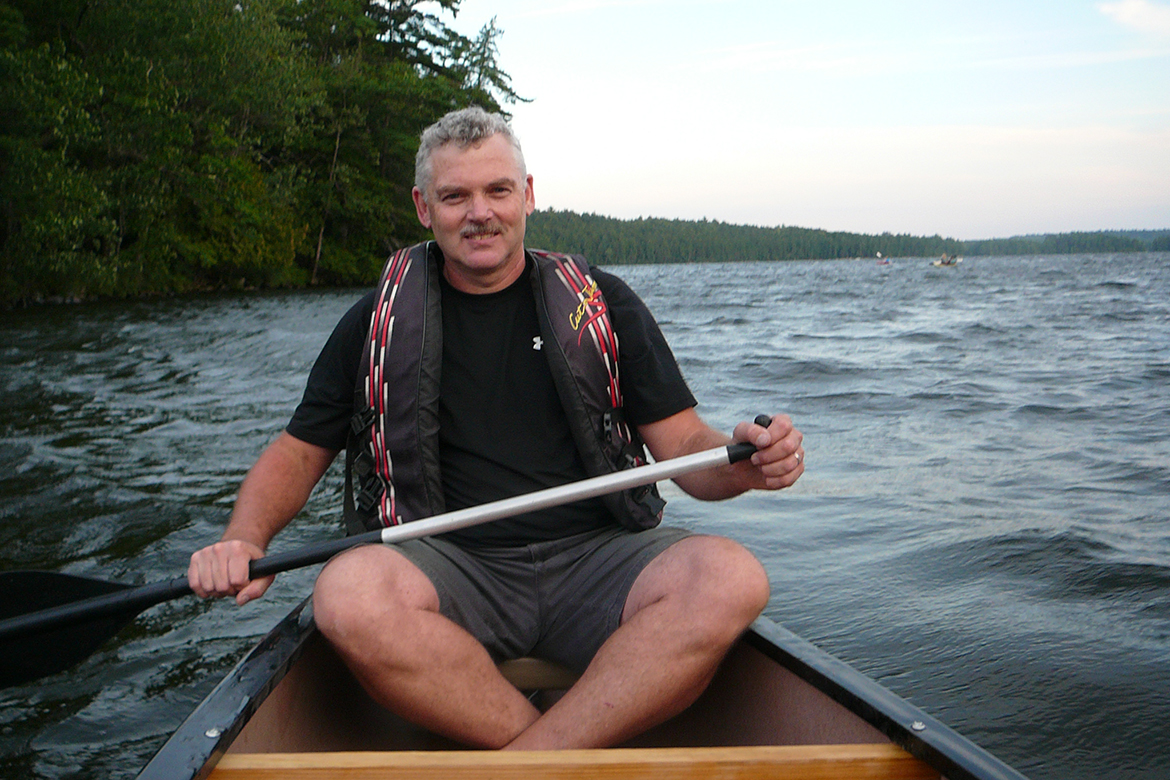 Jim, engaged in one of his favorite pastimes. (Photo courtesy of Barbara and Joe Toner.)

But what remained undiminished was the pleasure Jim took from his life’s work: helping people enjoy — and expand their access to — outdoor recreational activities. As his wife, Barbara, put it, “He always came back from any outdoor adventure smiling. He took a great deal of joy from seeing people enjoying nature, playing outside, and getting to be kids again.”

Those reading this are probably familiar with UMF’s Fitness and Recreation Center, the hub for physical activity in Franklin County, and, arguably, the University building that gets the most use and foot traffic — 120,000 visits each year.

Jim oversaw the 42,493-square-foot facility, encompassing three multipurpose courts, an 1/8-mile track, cardio and weight rooms, and a 25-yard, six-lane pool. He was also responsible for the building’s staff of six professionals, 100 student employees, and the vast array of programming they delivered — everything from physical education classes, group fitness instruction, and intramurals to personal training, aquatics, and Red Cross instruction. There was a lot in Jim’s purview and a lot of it was in the public view. It had to be tip-top, and that’s how he kept it.

What many readers may be less familiar with is the University’s Mainely Outdoors program, which Jim founded in 2008. Ten years on, it remains something that’s nearly too good to be true: a program in which students provide their peers and community members with guided activities — think snowshoeing the Maine Huts and Trails, paddling the Sandy River, camping in Mount Blue State Park, and mountain biking the Carrabassett Valley trail network — as well as rental gear, available to everyone for a pittance. 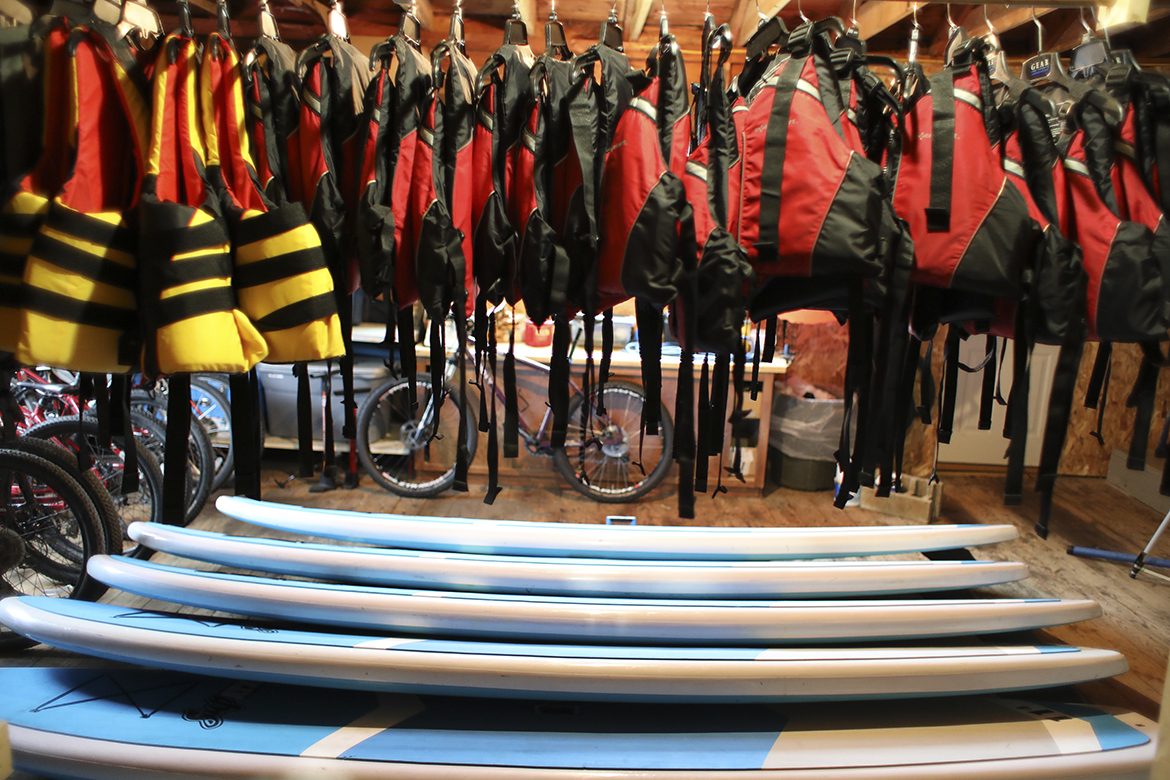 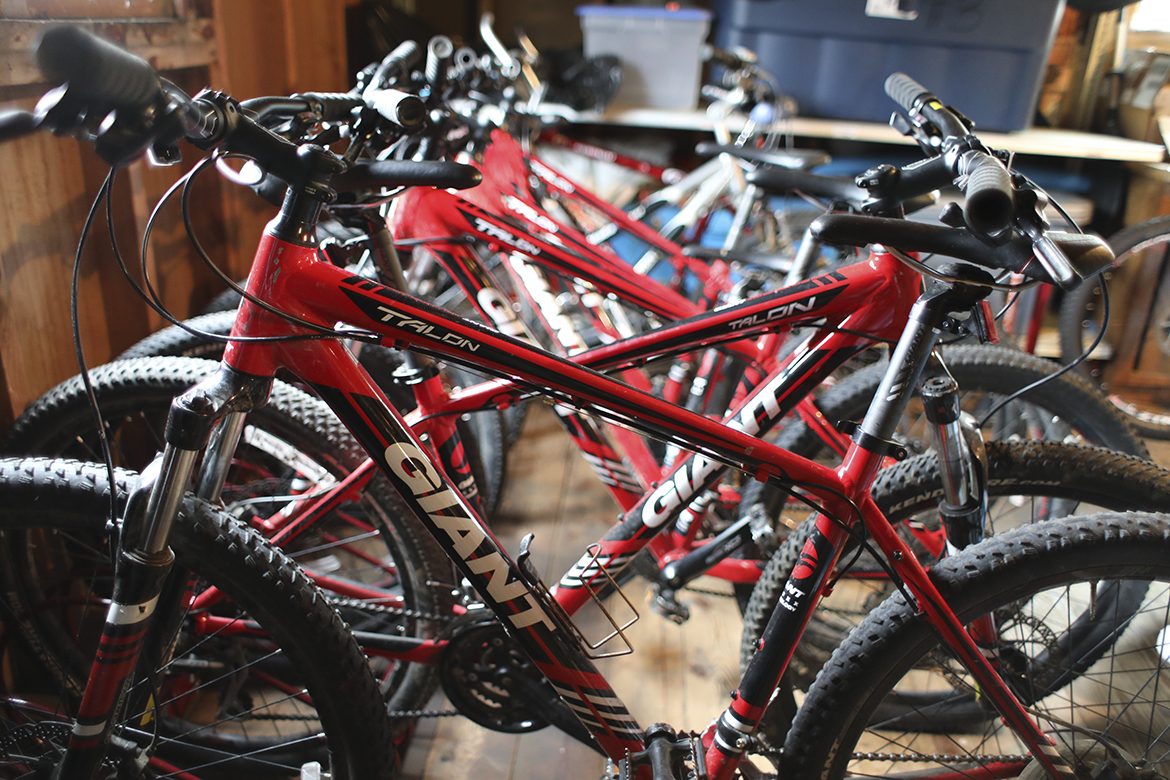 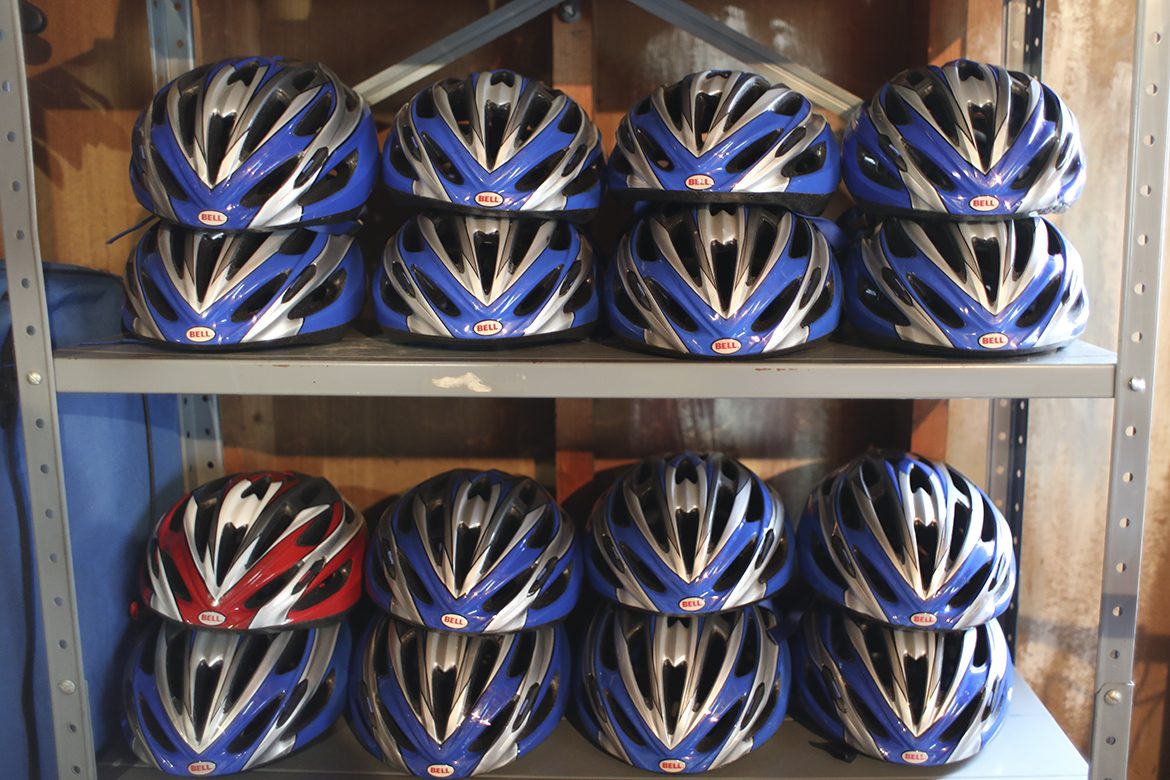 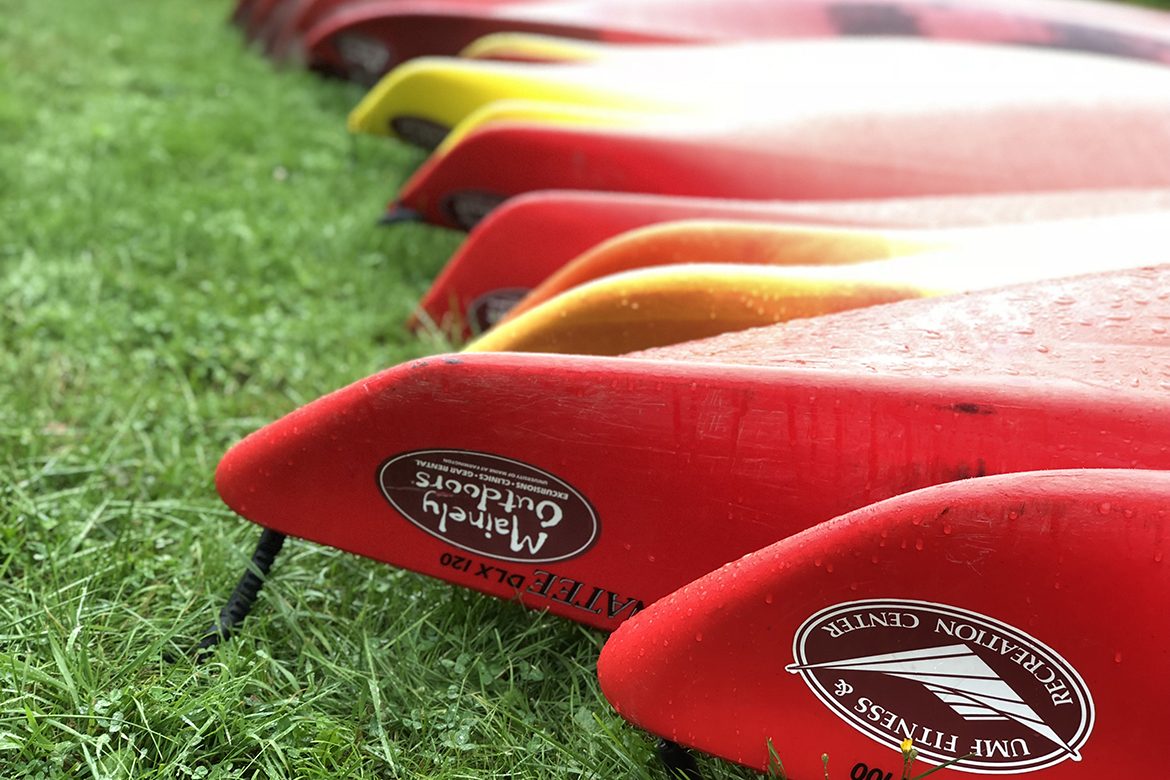 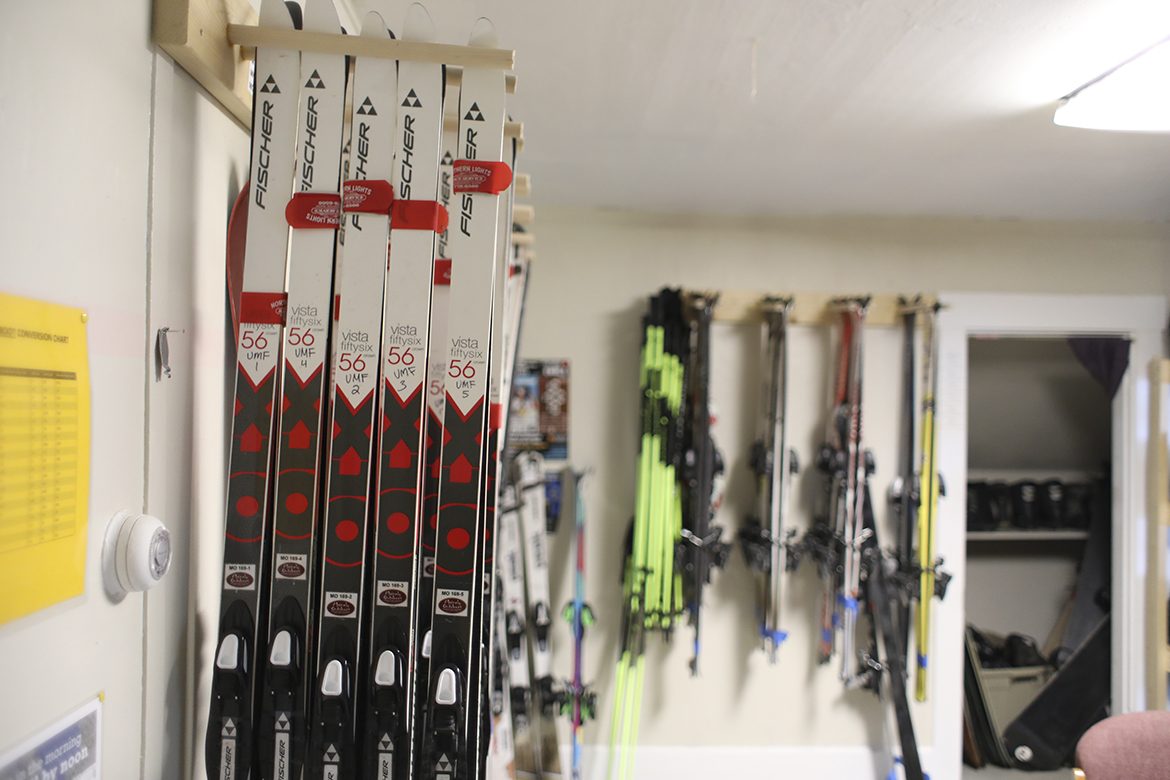 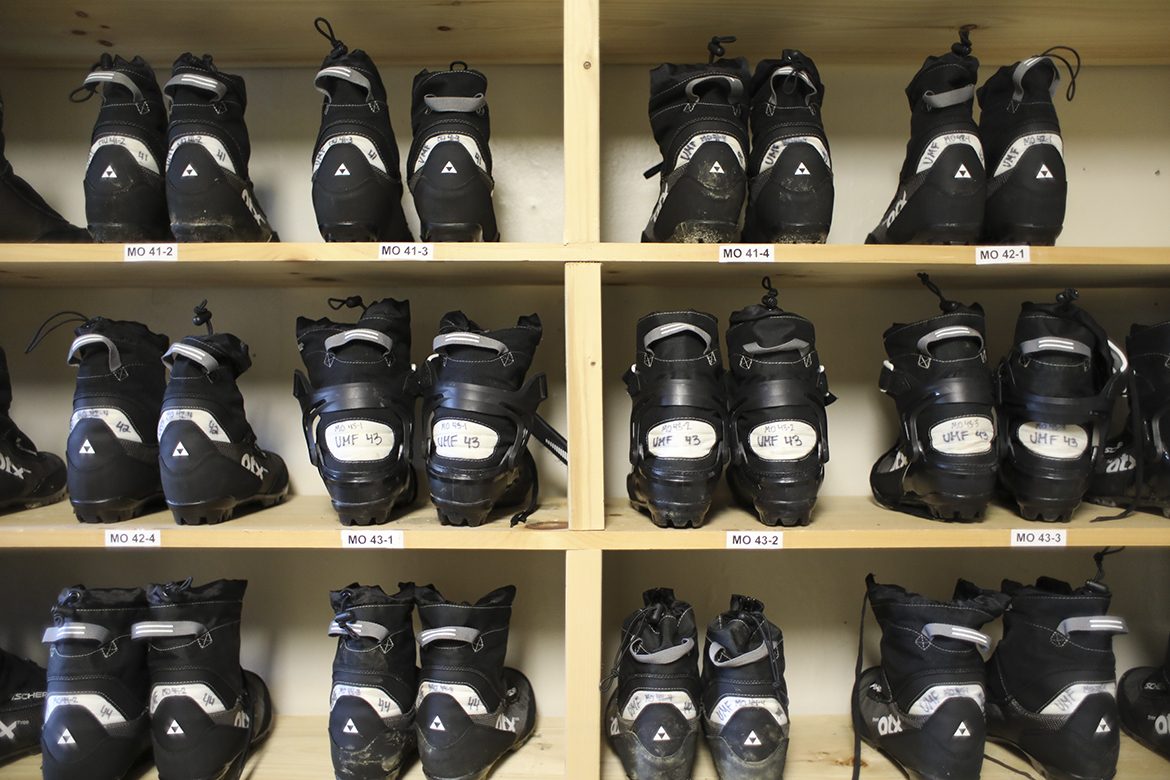 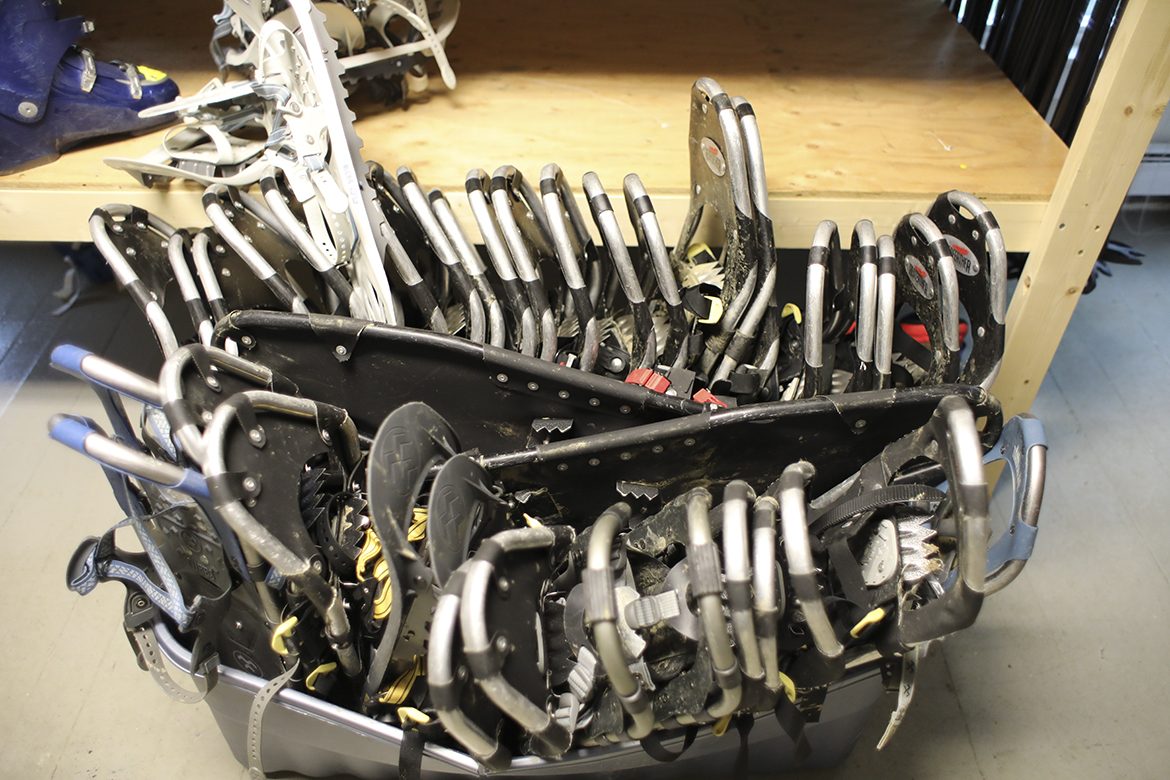 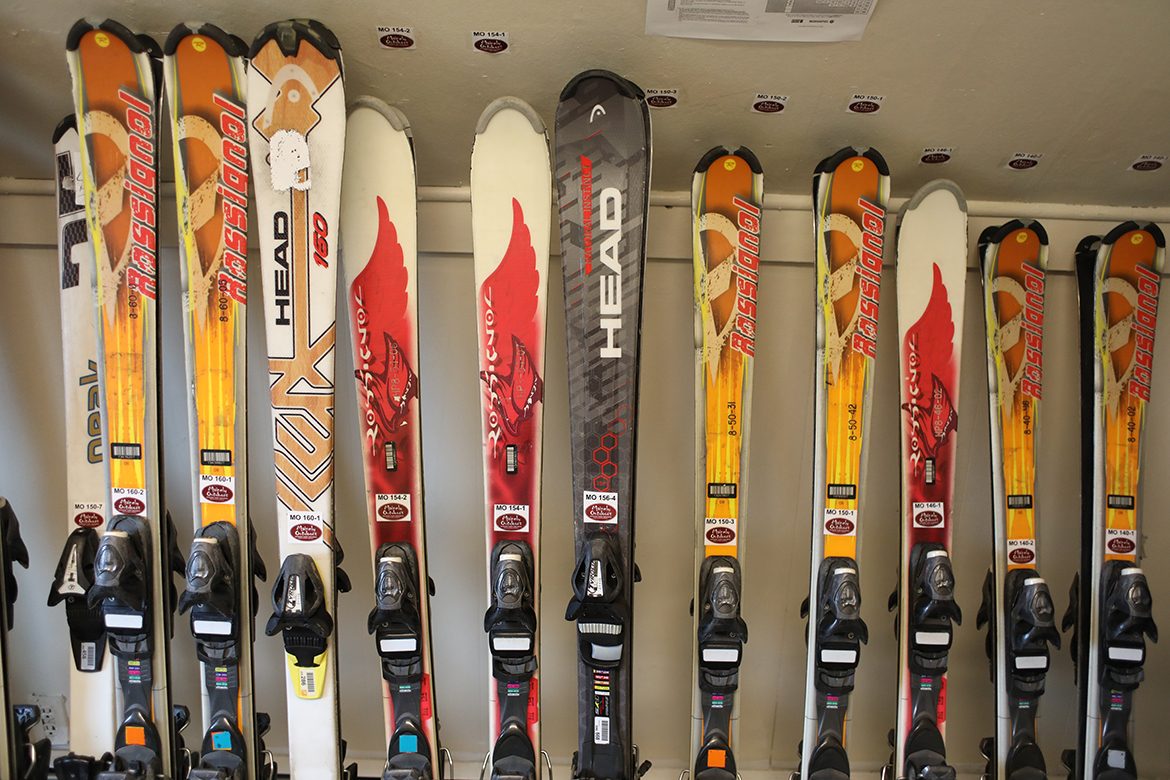 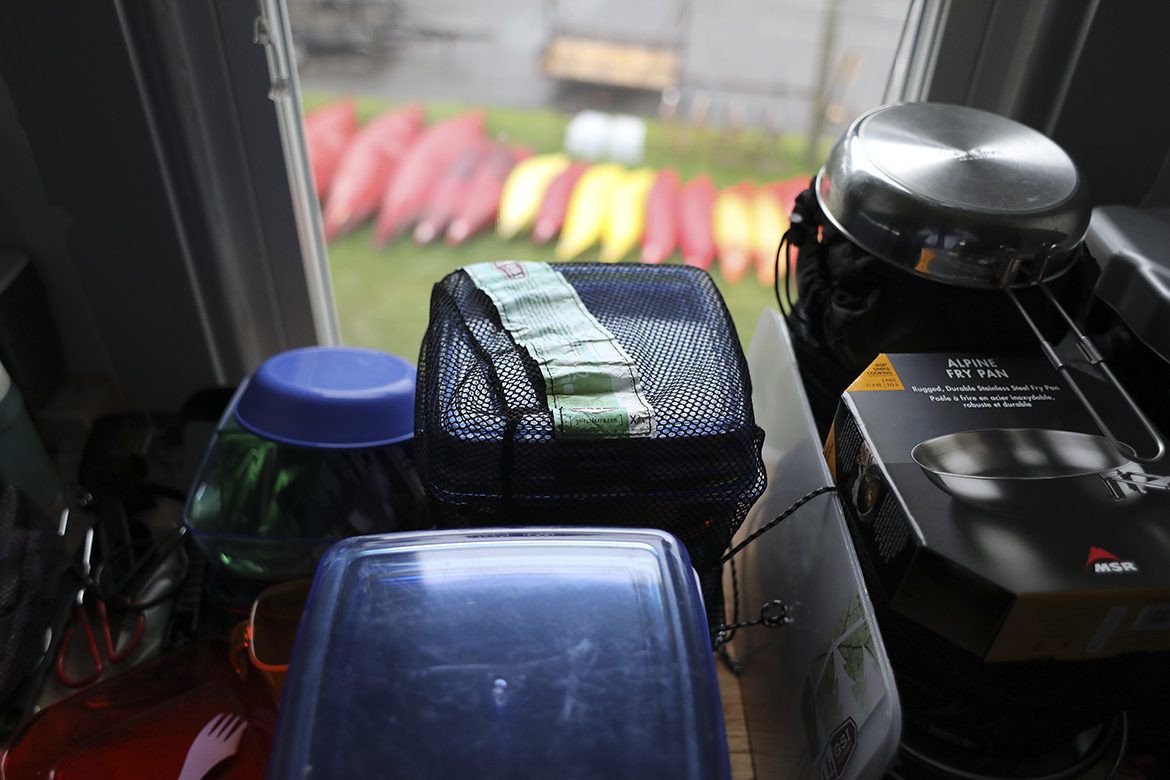 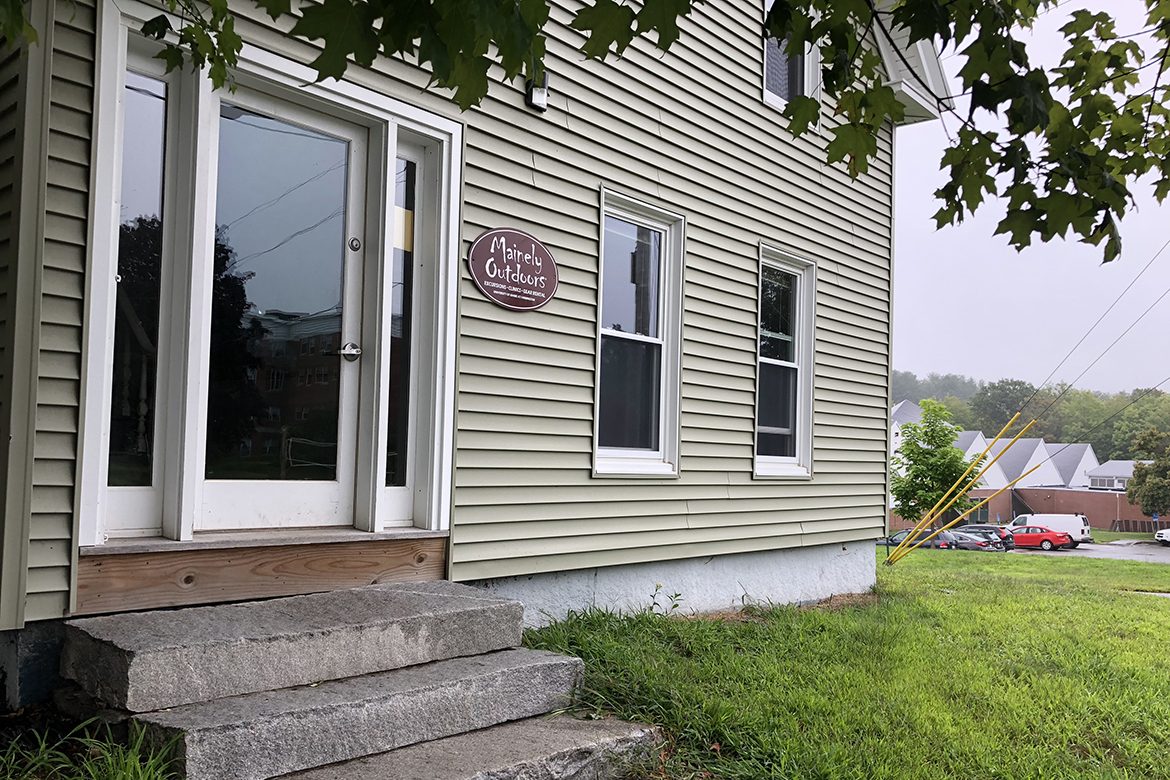 The program’s impact cannot be overstated. While most students come to UMF with an understanding of the area’s outdoor recreational possibilities, many lack the know-how, transportation, and pricey equipment to engage in the array of pursuits. Mainely Outdoors trips provide students and community members with the infrastructure and support to learn activity skills and gain a deeper appreciation for many of Maine’s outdoor recreation options.

Julie Davis, the University’s Director of Athletics, Fitness and Recreation, said Jim’s expertise and temperament made him the ideal person to launch and lead Mainely Outdoors.

“He had the knowledge and confidence to make others, especially newcomers, feel comfortable trying new things,” said Davis, to whom Jim reported over his 12 years at UMF. “He was an unassuming, gentle spirit. He never had a need to impress people with his skills in a particular activity. He was the kind of leader and guide who would hold a kayak steady in the water for you while you got in — and never make you feel foolish for needing the help.”

A big part of founding Mainely Outdoors — and making good on the goal of expanding access to outdoor recreational activities — involved securing funding for three trip vehicles, the rental gear, and trailers to haul much of it. Andrew Willihan ’06, Mainely Outdoors Recreation Coordinator, said all the grant-funded or gift-in-kind gear acquired by Jim and him — everything from mountain bikes, kayaks, and canoes to snowboards, snowshoes, and cross-country and alpine skis — is worth “well into six figures.”

Victims of their own success, they outgrew the confines of Mainely Outdoors’ original home at 131 Perkins Street, across from the Fitness and Recreation Center. In 2015, the University found them a new space, adjacent to the FRC, in 144 Quebec Street. But it was a fixer-upper. And it was Jim who joined Facilities Management personnel in doing much of the fixing up.

“He scrounged and salvaged furniture and materials to refurbish the building,” said Barbara. “The wood shelving for ski equipment on the second floor along with other parts of the building, he built from scratch or remodeled, using his own tools. He put in a lot of time getting the facility clean and useful. He took it on as a labor of love, realizing the importance of having a user-friendly space that would become a welcoming home for the Mainely Outdoors program.”

“I was so envious of his practical skills, how he could build and construct things without plans,” said Barbara and Jim’s son, Joe, who is an assistant director of financial aid at UMF. “He was a ridiculously hard worker, and he did it all just for fun — and for the students.”

When asked what motivated her late husband to give so much of himself to launching Mainely Outdoors and renovating its current home — off the clock and late into the night — Barbara smiled through tears.

“He never sought credit. He just loved sharing outdoor experiences with others. Providing others with a sense of community and togetherness and a deeper appreciation for nature was deeply satisfying to him,” she said. “He would bring kids to our home (on the Herrick Mountain Road in New Vineyard) and take them for moonlight walks on trails he cut on our property. It really wasn’t all that far from the road or civilization, but they felt they were really getting away. They loved it. And he loved it.” 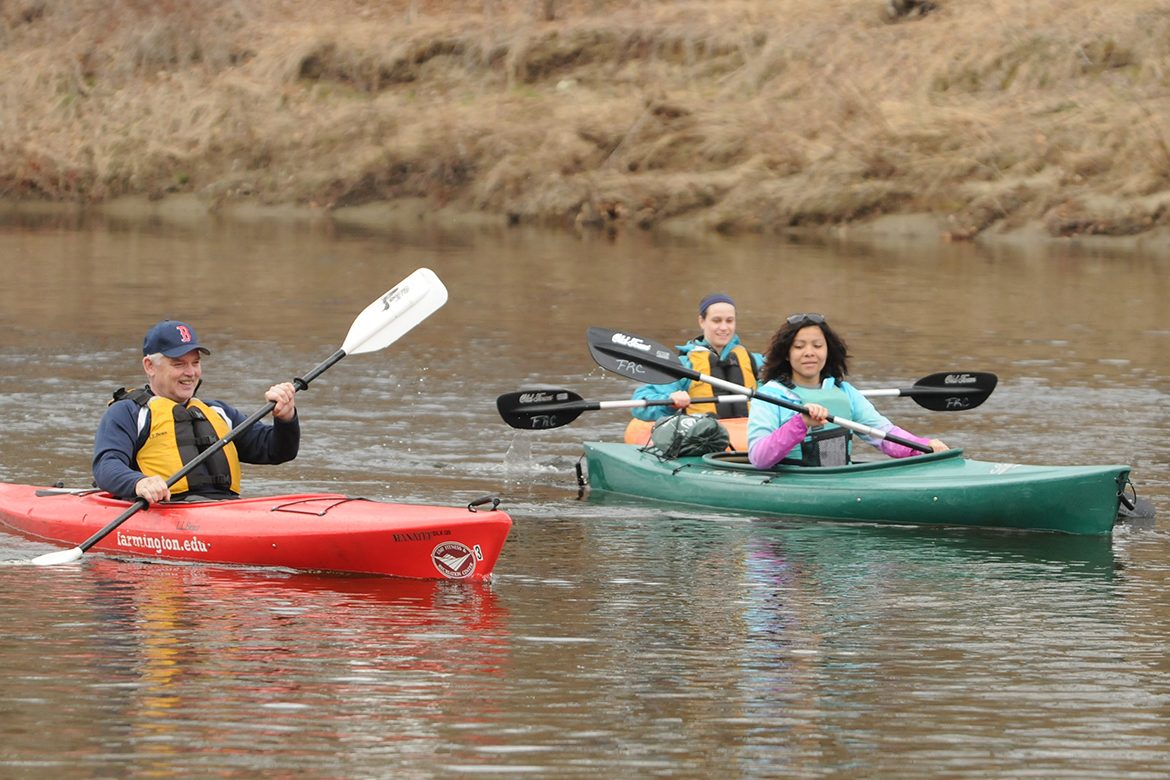 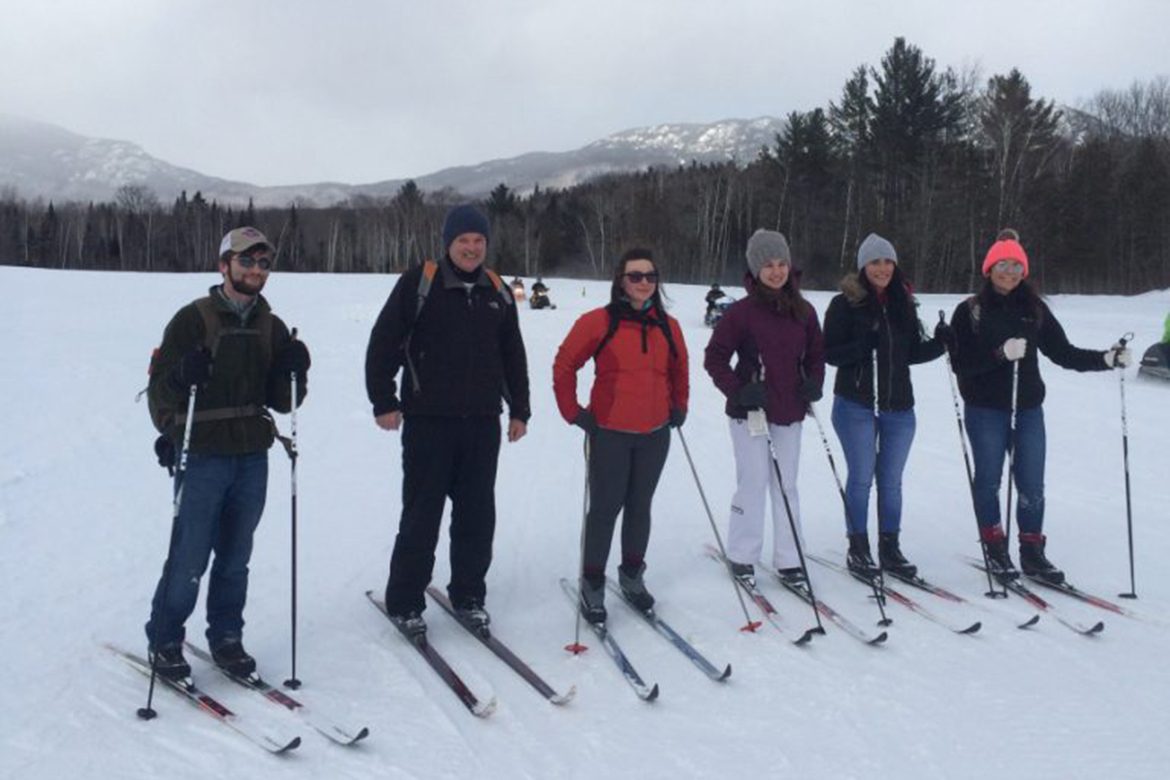 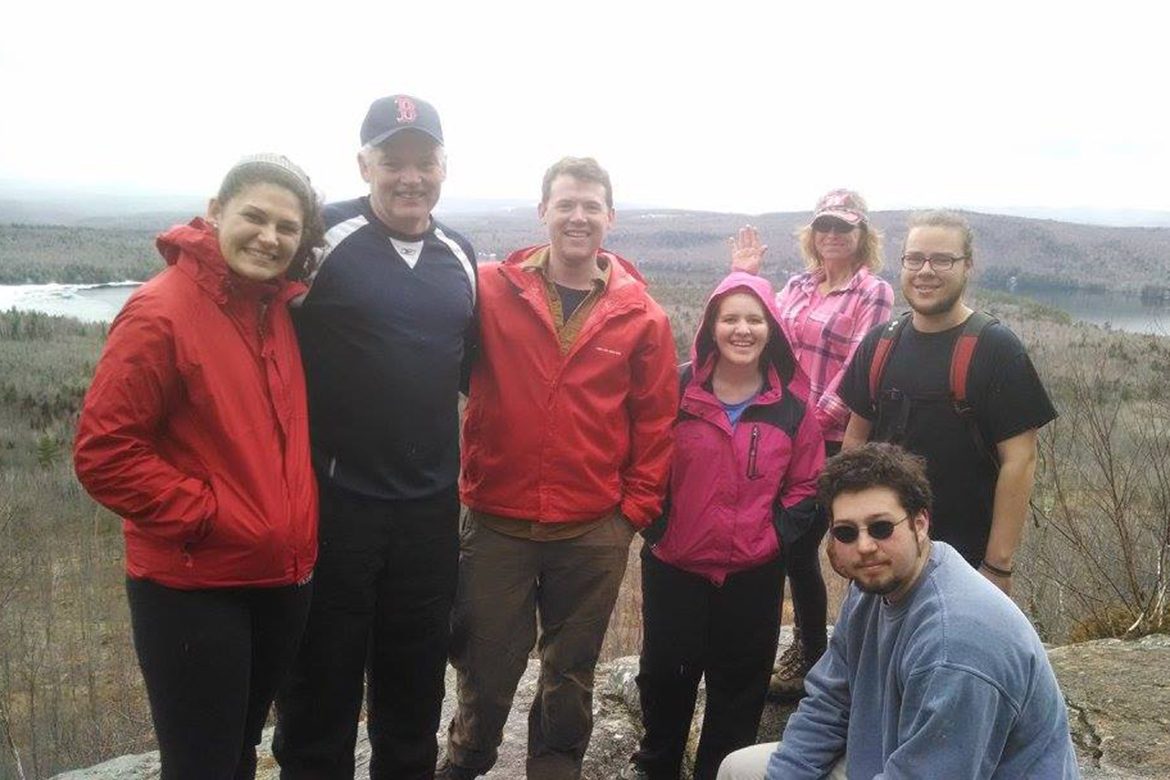 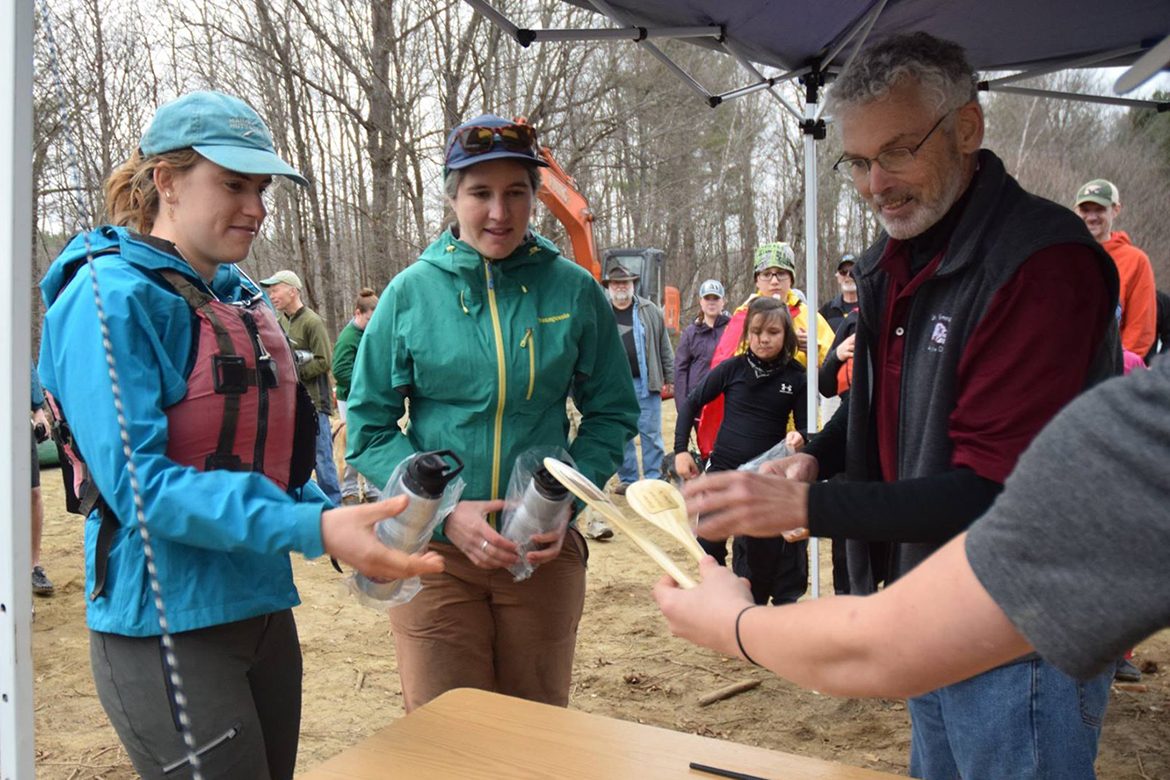 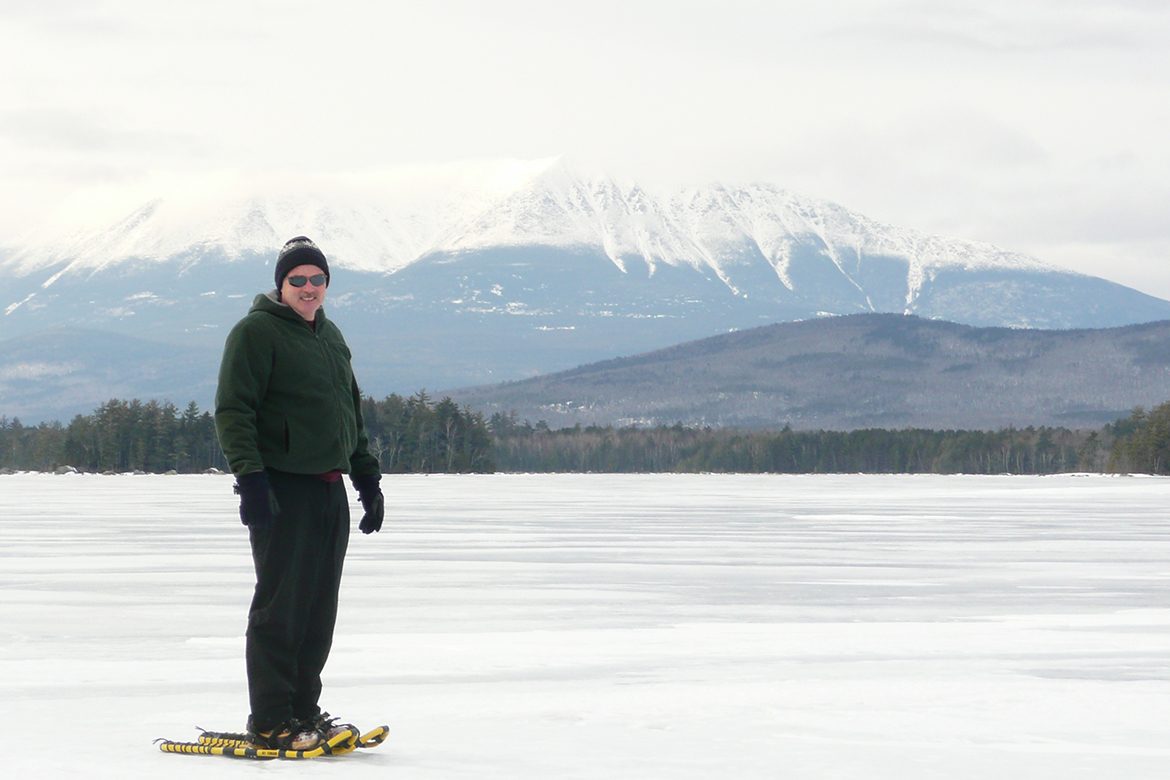 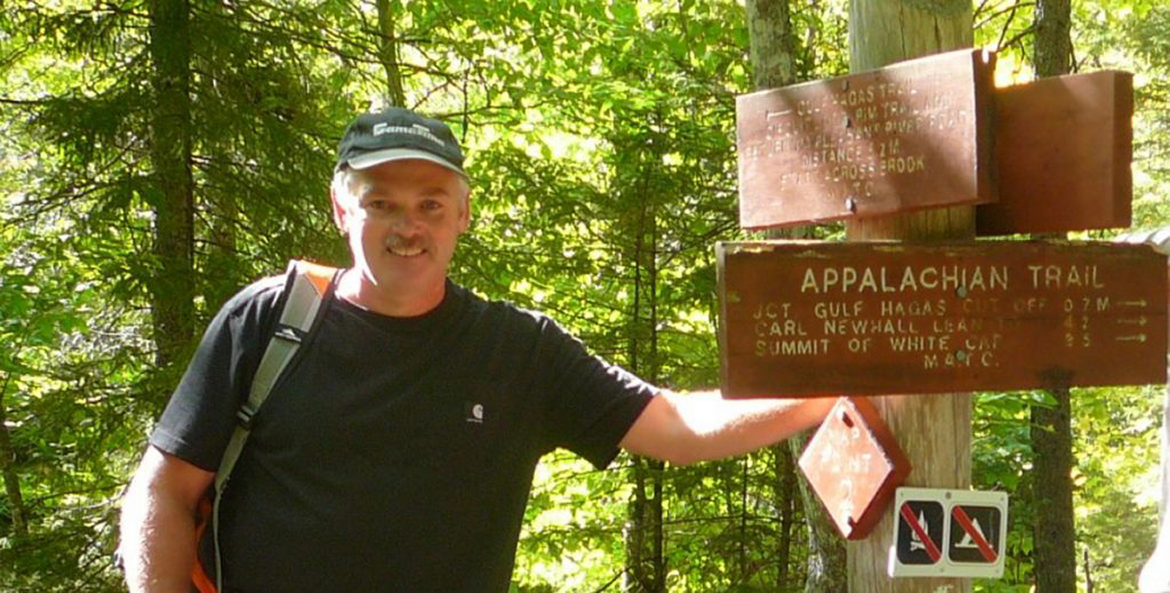 Those wishing to honor Jim’s life are encouraged to make a gift of any size to The James Toner Memorial Scholarship Fund. The scholarship will be awarded annually to a UMF sophomore who demonstrates a commitment to continuing his life’s work: helping people enjoy outdoor recreational activities and expanding their access to it.