T. Margaret Brown ’55 saved the biggest surprise of her life for the end. And we never saw it coming.

T. Margaret Brown ’55, who never married and had no children, succumbed to congestive heart failure on May 27, at the age of 84.

At the request of Brown’s niece, no obituary was published. The Ferro Alumni Center team had no knowledge of Brown’s passing until we received word from her attorney that she had named the University the primary beneficiary of her estate. And Brown stipulated in her will that the bequest — totaling more than $900,000 — would go to the UMF Endowed Scholarship Fund and to establish the T. Margaret Brown ’55 Scholarship Fund, thereby ensuring, in perpetuity, that generations of future students will receive vital grants of financial aid.

Brown’s is one of the largest bequests the University has ever received, and it’s a powerful legacy, especially from a career teacher of home economics in Portland public schools.

For Ron Milliken ’75, the University’s longtime director of financial aid, Brown’s gift represents greater institutional ability to put the power of a UMF education — and all the benefits it provides — within reach of aid-eligible students and their families. 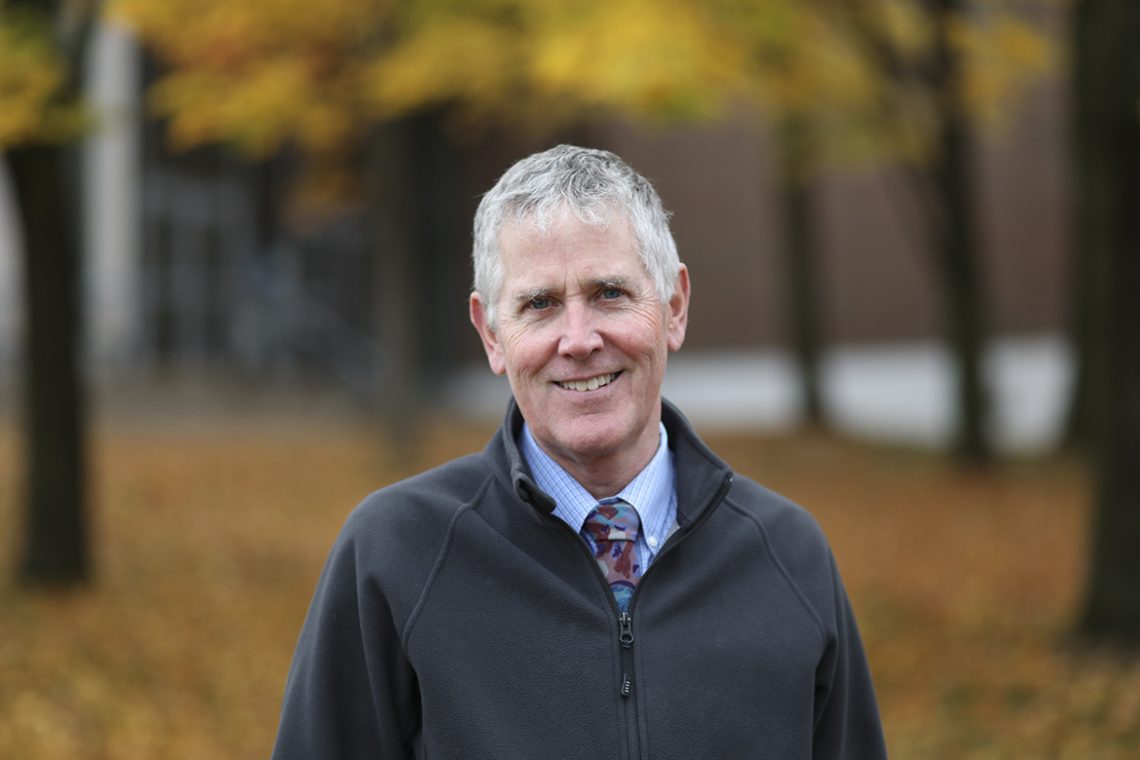 “I’m deeply moved by her vision and personal generosity in making such a magnanimous gift to benefit UMF students,” says Milliken. “This will have a large, meaningful, and enduring impact on needy students at UMF and on our ability to deliver scholarship assistance to them.”

Joanne Edwards, the executrix of Brown’s estate, was surprised by the magnitude of her friend’s gift to the University, but not her spirit of generosity. Joanne says the gift is just the final act of selflessness she witnessed over the past 55 years.

“When she was a teacher at Portland High School, she would take less fortunate students to Westbrook College to meet with the dental hygiene students for free cleanings,” recalls Joanne. “Over the years, she knit hundreds of pairs of mittens and hats for programs that provided winter clothing to needy children. She always kept busy by creating handmade gifts for people.”

Even close to the end, it appears that Brown had the needs of children on her mind. Among her effects at the time of her passing was a partially completed small mitten, still on the needles.

For Joanne’s husband, Ron, who taught industrial arts across the hall from Brown at King Middle School in Portland, her kindness — and competitiveness — were evident in the small rituals of their friendship.

“We had just enough time during our lunch breaks to get a game of cribbage in,” says Ron. “We ate lunch together and played a game nearly every day of the 10 years we taught together. And she was always the winner.”

Joanne and Ron say life wasn’t easy for Brown. Years before the congestive heart disease and macular degeneration, she struggled with lupus. And in 1963, long before the era of airbags and three-point seat belts, she was in a life-threatening car accident that left her in a coma for two weeks and with extensive facial injuries.

“She had a lot of health concerns over the years, but she kept right on going,” says Joanne. “She was a very determined person.”

Pat Carpenter ’82, who served the University and its alumni for 23 years as director of stewardship and planned giving, came to know Brown through her loyal volunteer work with the Southwestern Maine Alumni Chapter. The bygone, 100-member-strong corps of dedicated alumni — many of whom were working or retired teachers — found fellowship and joy in service and fundraising activities for their alma mater. 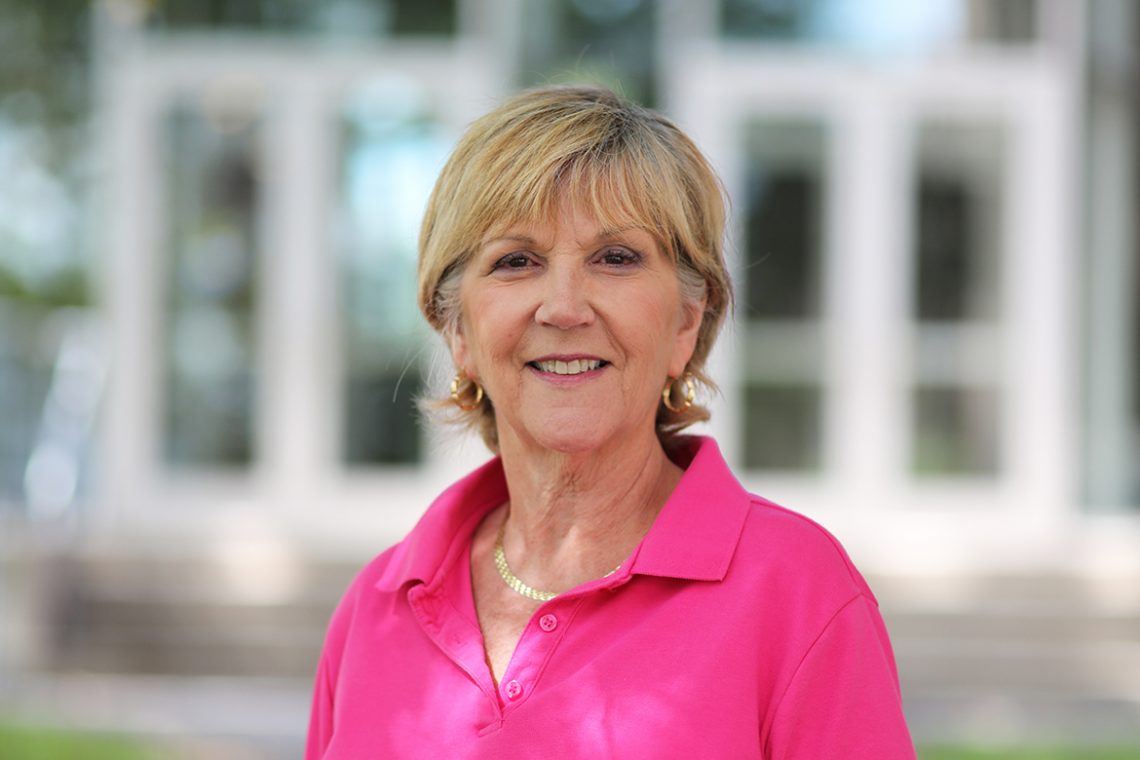 Pat Carpenter ’82, the University’s longtime director of stewardship and planned giving, says Brown was representative of a generation that lived frugally, saved diligently, and planned for the future. (Photo by Marc Glass.)

Among Brown’s favorite alumni activities, says Carpenter, was joining fellow chapter members in preparing 600 box lunches for their annual lobster roll fundraiser. The meals, including napkins printed with “Thank you for supporting the Alumni Scholarship program!” were delivered to and enjoyed by teachers throughout southern Maine schools.

“She always used her talents to help others and the University,” recalls Carpenter. “That was her life.”

As she did with so many alumni, Carpenter respectfully and carefully asked Brown if she would consider including the University in her estate plans as a way to leave an enduring legacy for students.

“She was a careful, responsible person and because of that I think she was reluctant to ever put her intentions in writing to me,” says Carpenter. “I remember her saying she was concerned there might not be anything left when she passed away. She didn’t think it was ethical to make a commitment that couldn’t be fulfilled. I knew she wanted to leave a legacy, but she gave no clue as to the amount she would leave the University. I was stunned when I learned how much.”

Joanne says Brown’s reticence about the planned gift was in keeping with the way she went about her life’s work: never calling attention to herself or her good labors.

“She was dedicated to the kids she taught. And willing to do anything for anybody that she came across,” says Joanne.

“She was dedicated to her craft … her teaching,” says Ron. “She was a good friend.”

And a good and generous friend to the University as well.